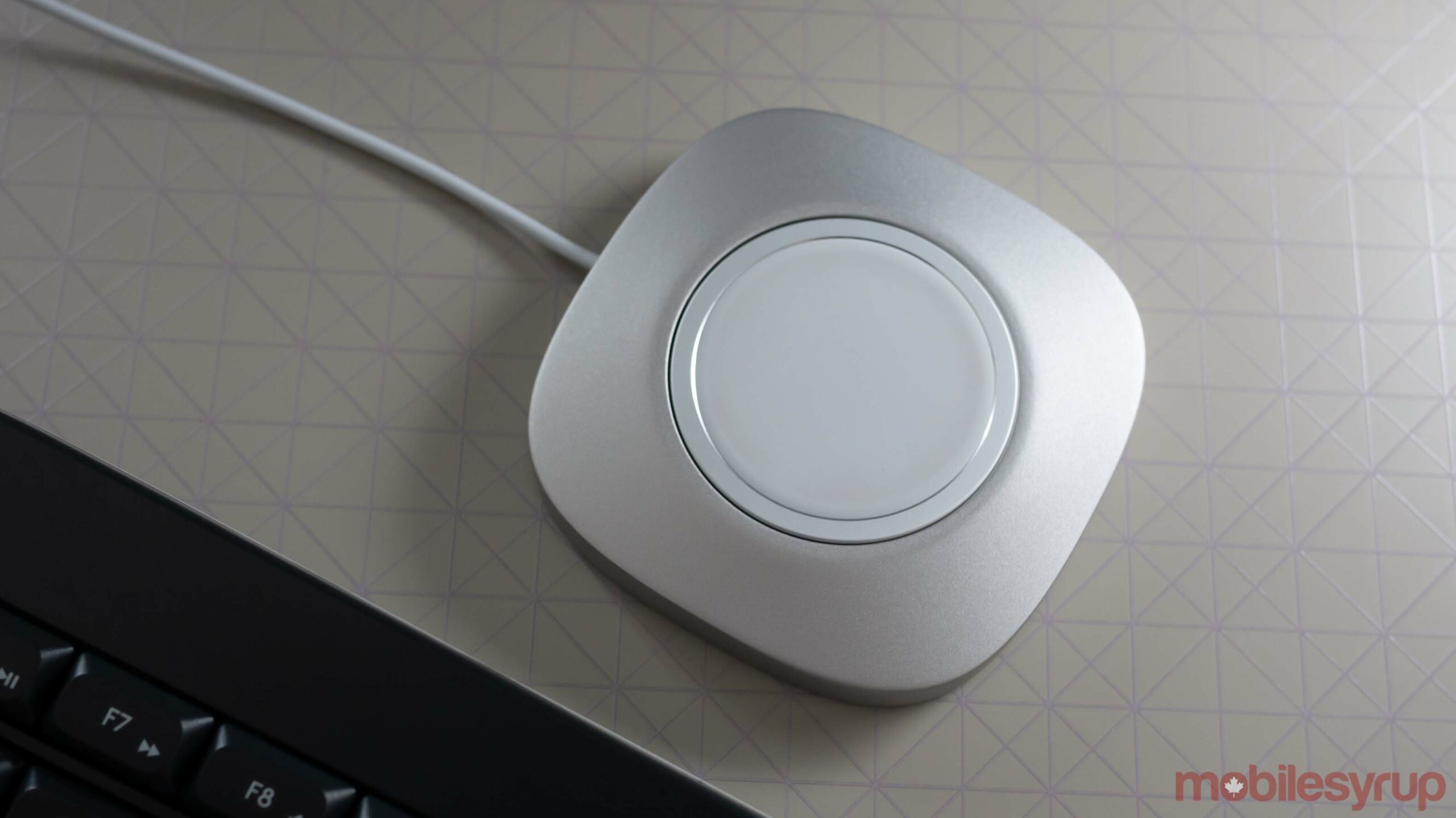 If you’ve ever thought about purchasing a Qi-compatible wireless charger for your iPhone 12 device but don’t want yet another charger to plug in, Nomad’s new MagSafe Mount aims to solve that problem.

The accessory maker’s new MagSafe Mount turns Apple’s magnetic MagSafe Charger into a weighty charging pad that sits on your desk or bedside table. The device features a stainless steel body that anchors to a desk, allowing you to charge your iPhone 12 series device via Apple’s MagSafe cable without manually removing it. 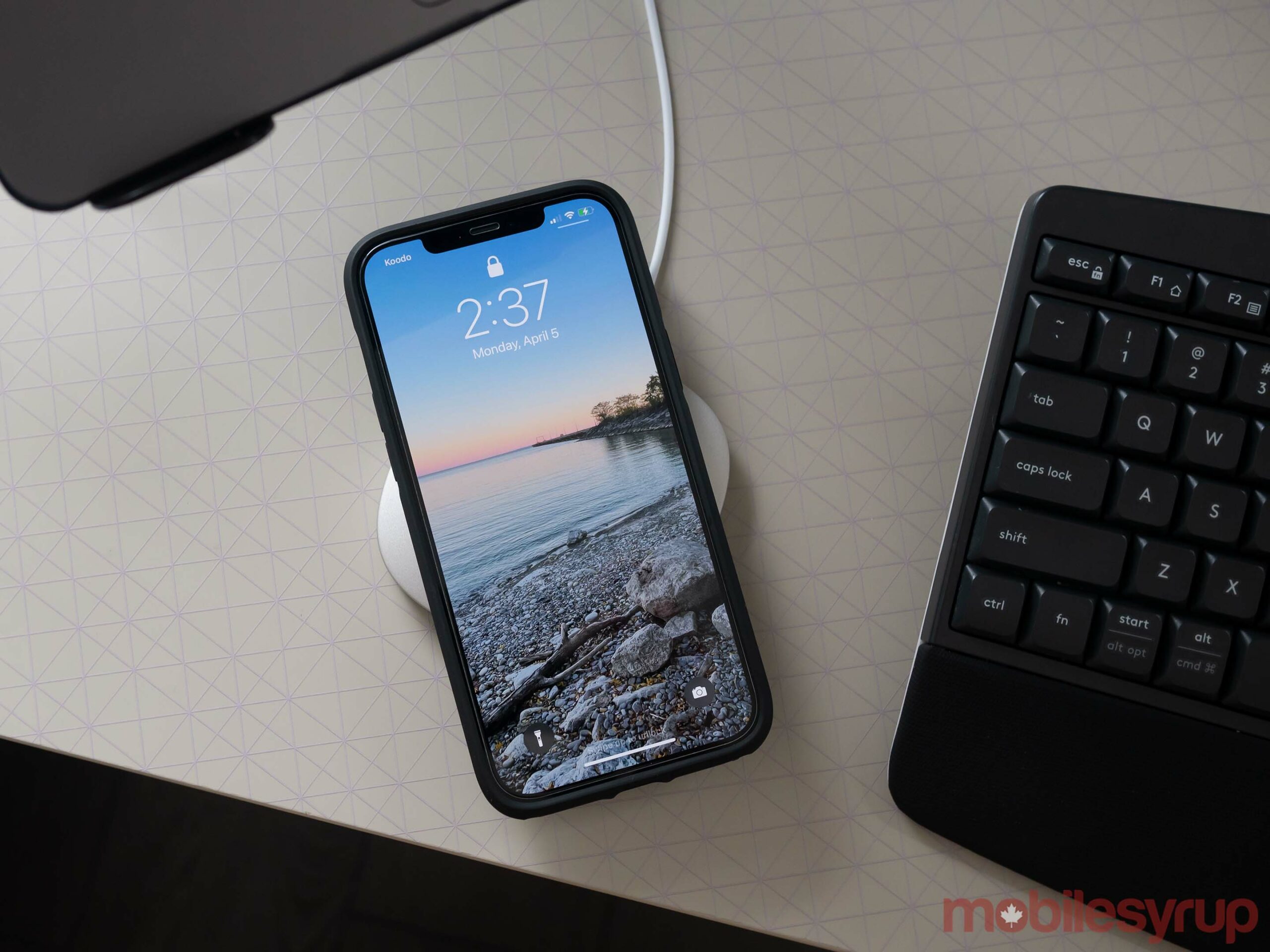 The MagSafe cable snuggly snaps into the MagSafe Mount and there’s also a soft m”microsuction” gasket inside that prevents the charger from getting scratched. I’ve tested out the MagSafe Mount for a few hours and can confirm that while it works, sometimes the weighty charger still lifts off my desk when I pull the iPhone 12 Pro Max off the charger.

This depends on how it’s placed on the charger, however. For example, if I put the smartphone down on the MagSafe Mount at a slight angle, it still charges the device and pops easier off the magnet. 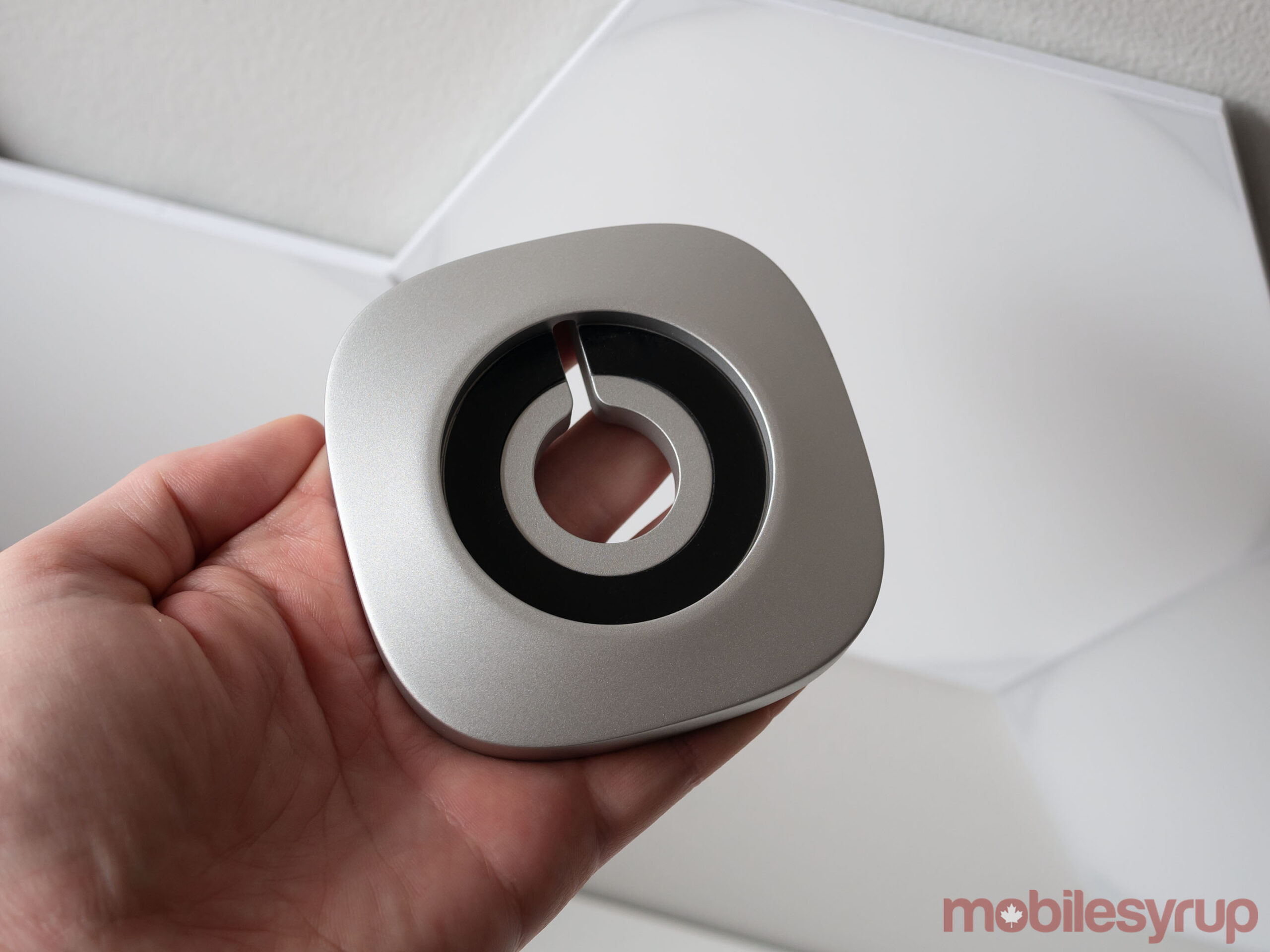 Of course, you could do the same thing with the standard MagSafe cable or pick up a relatively cheap Qi wireless charger, but it wouldn’t look as cool or be quite as seamless.