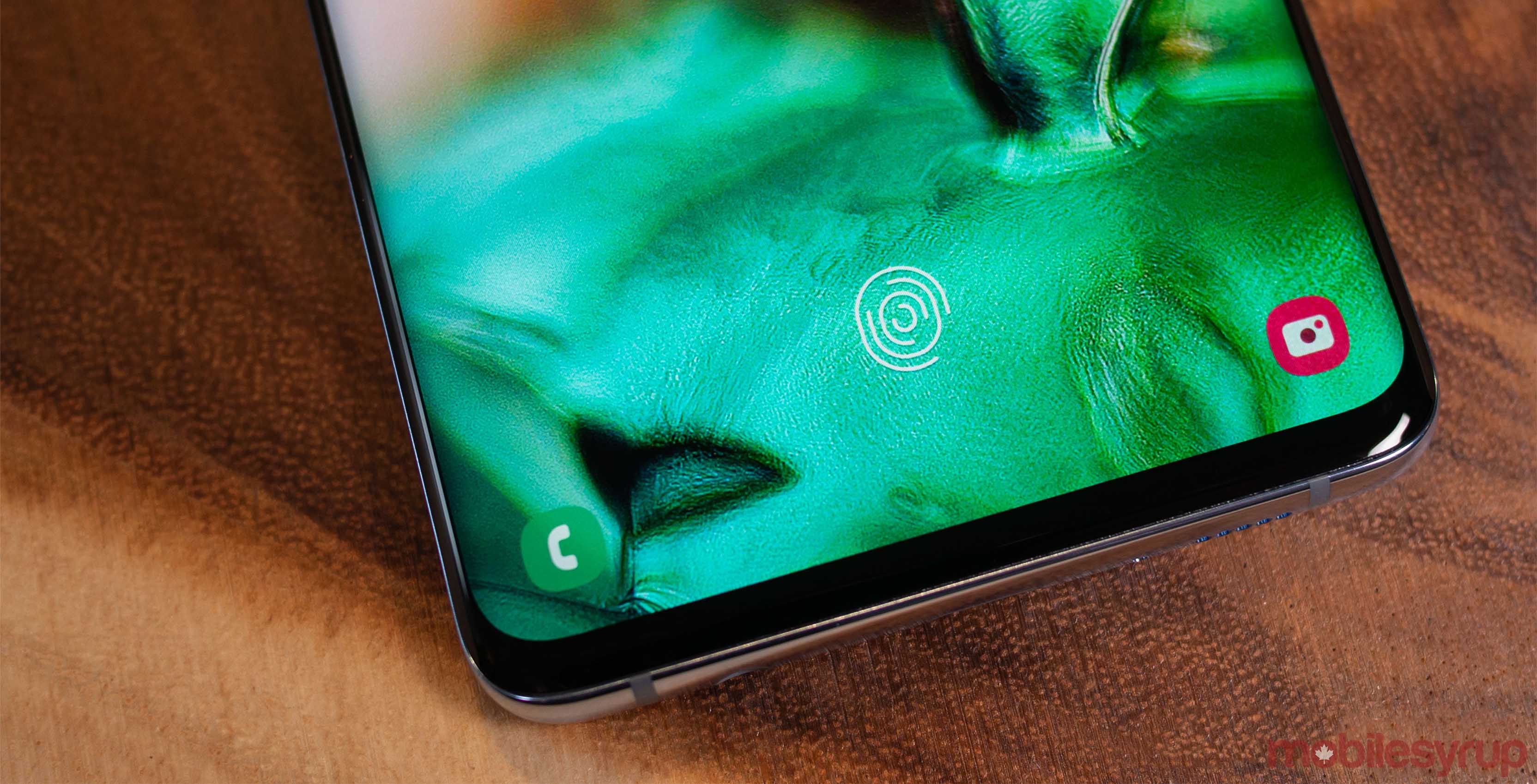 Samsung’s newest flagships, the Galaxy S10 and S10+, are mostly stellar devices. The one drawback they have is the inconsistent fingerprint scanner, and Samsung is hoping to fix it.

Several users have had issues with the in-display, ultrasonic sensor — including MobileSyrup’s managing editor, Patrick O’Rourke, who detailed his struggles in his S10 review. While his initial problems stemmed from a defective unit, after getting a replacement, the sensor was still hit and miss.

However, Samsung seems to be aware that something isn’t quite right, and a new firmware update rolling out to users hopes to improve the scanner. It comes as a 6.9MB update to Samsung’s biometrics module in the Galaxy Store.

Unfortunately, there’s no way to trigger the update manually, so if you’ve got an S10 or S10+, you’ll have to play the waiting game.

Those who received the update already claim things are better, but it’s possible some users are experiencing a placebo effect. There’s no changelog with the update, so it’s not clear what Samsung has done to improve the sensor.

Regardless, if you get the firmware update and find things haven’t improved, you may want to try rescanning your thumb in a slightly different position. Some users have noted doing that improved the experience significantly.