When someone mentions Dyson, you probably think of vacuums. Maybe you also think of sophisticated bladeless fans.

On Wednesday, March 20th, the British technology company brought four new products to Canada. They’re available exclusively on its website for now, with retail availability coming over the next few months.

The launch includes two vacuum cleaners, a purifying fan and a smart light. Across all four products, Dyson highlights its engineering prowess. Whether in the intelligent improvements to its handheld vacuum to the stunning LED desk light rated to last 60 years, there’s a clear sophistication the company has created in its products. 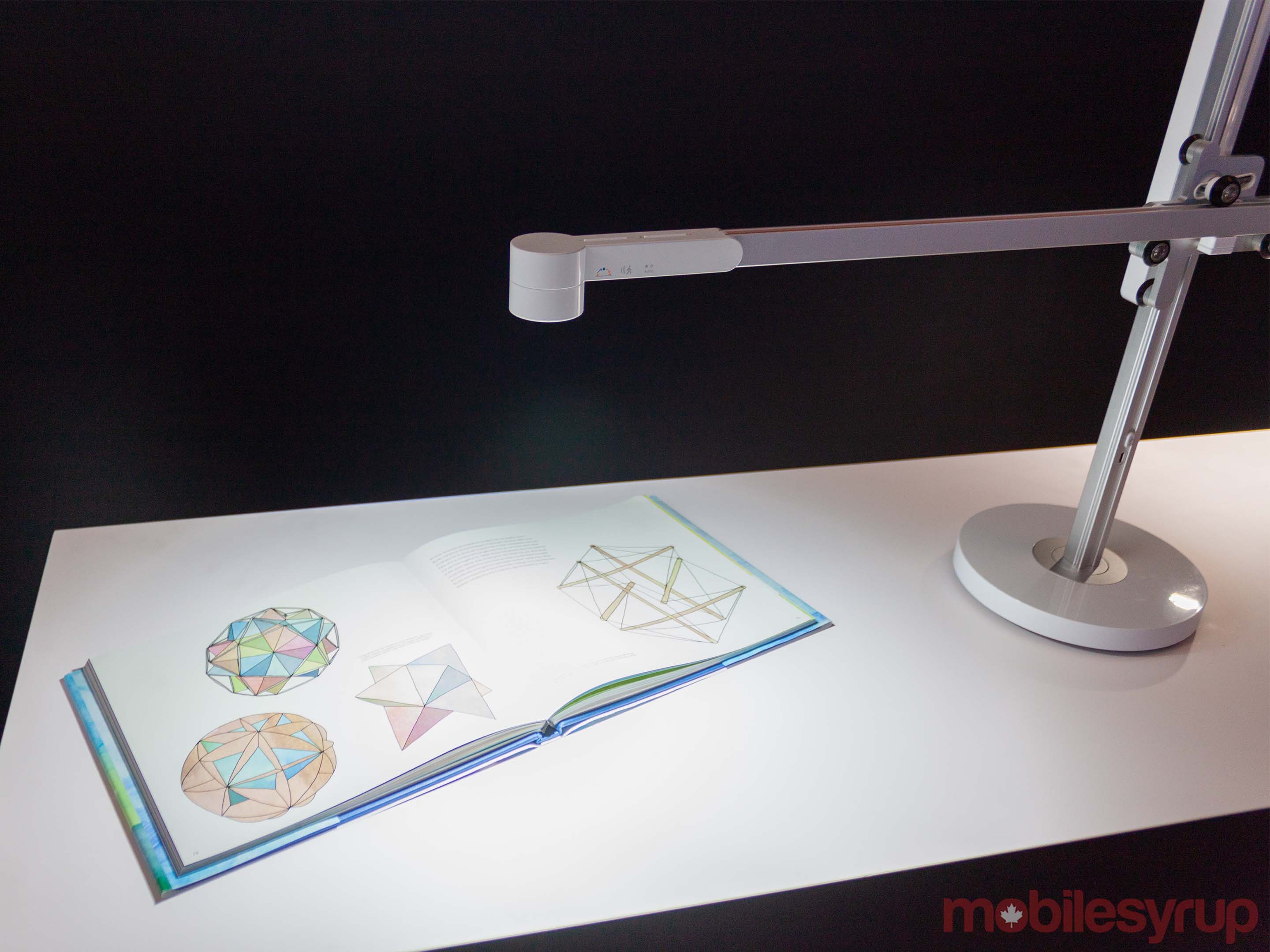 Further, Dyson’s light factors in a user’s age and adjusts accordingly. The company says a 65-year-old needs up to four times more light than a 20-year-old.

But first, I want to focus on one of the most striking aspects of the Lightcycle: its design.

It’s not wholly new. If you’ve delved deep enough on Dyson’s website, you may have spotted the CSYS task light, which on the surface, looks nearly identical to the Lightcycle.

Both sport the unique cross design that looks almost like the cranes that dot the skylines of Toronto. Unlike those cranes, however, Lightcycle features an impressive range of movement. The vertical arm allows the horizontal arm to glide up and down smoothly. The horizontal arm can also slide forward and backward. Plus, the whole thing pivots 360 degrees on the base.

What’s most remarkable about the system is how smoothly it operates. Adjusting the height of the light is practically effortless. 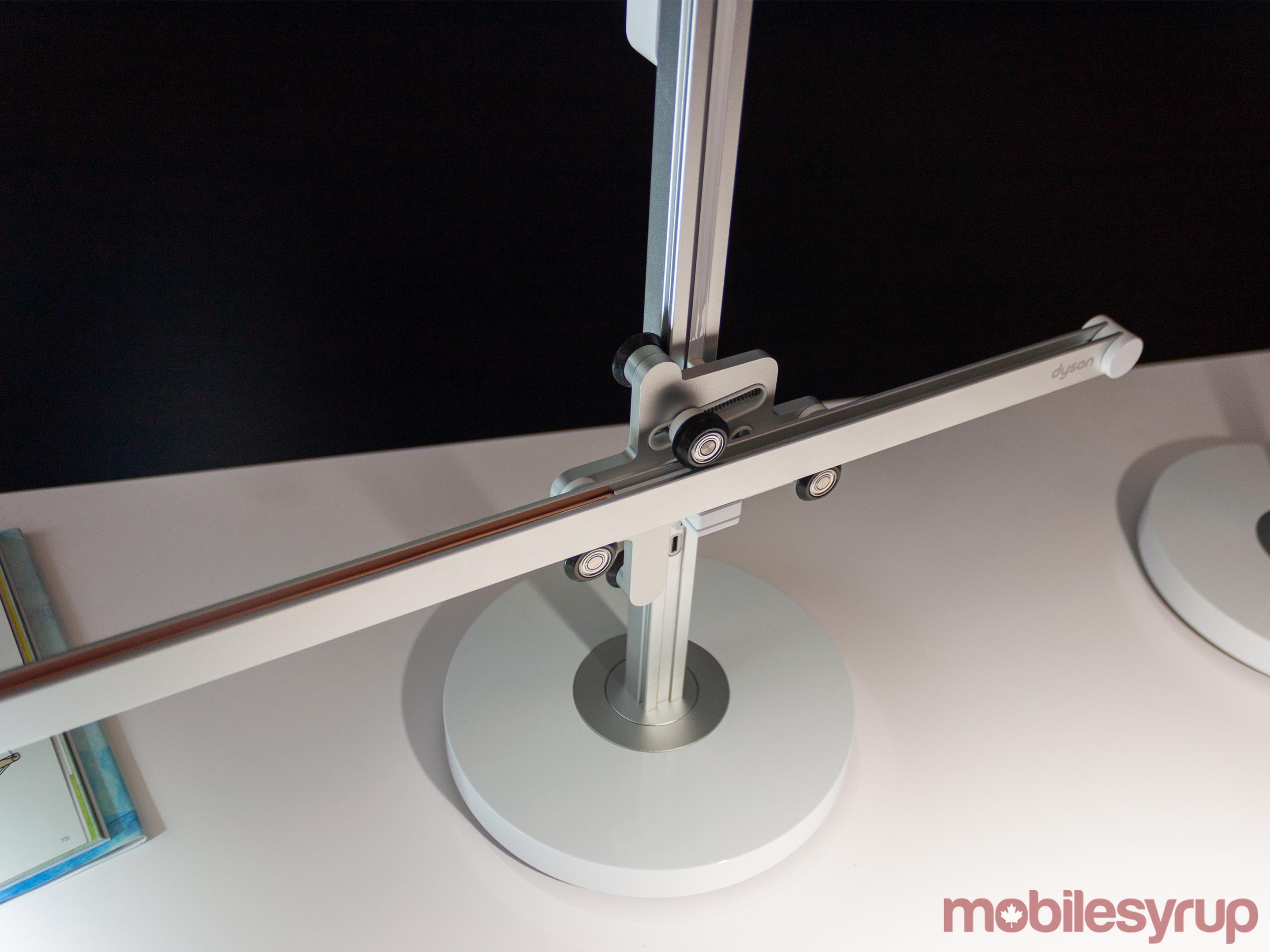 Another significant difference between the Lightcycle and CSYS is the horizontal arm can be removed and swapped around. CSYS didn’t allow users to remove the horizontal arm, which meant if they wanted the light in certain positions, they had to spin the whole thing around and see the back of it.

Lightcycle also maintains one of CSYS’ best features: the heat pipe. Dyson says that when LEDs overheat, they can fade and discolour. So, Dyson’s engineers adapted a technology often used in satellites and created a vacuum-sealed copper tube with a single drop of water inside.

The water droplet vaporizes as the LED warms, carries heat away along the length of the pipe until it dissipates. It condenses into water and returns to the tip of the tube, where the process repeats. Dyson says the system uses no extra energy and is why the Lightcycle can maintain its brightness and light quality for 60 years.

On top of this, Dyson added several smart light features in Lightcycle. Users can control light temperature and brightness directly on the light, with the Dyson Link app, or sync it to the daylight in their location.

However, the breathtaking engineering doesn’t come cheap. Lightcycle starts at an eye-watering $799.99 for the desktop variant. There’s also a taller floor variant for $1,199.99. Both options are available in silver and black colours. 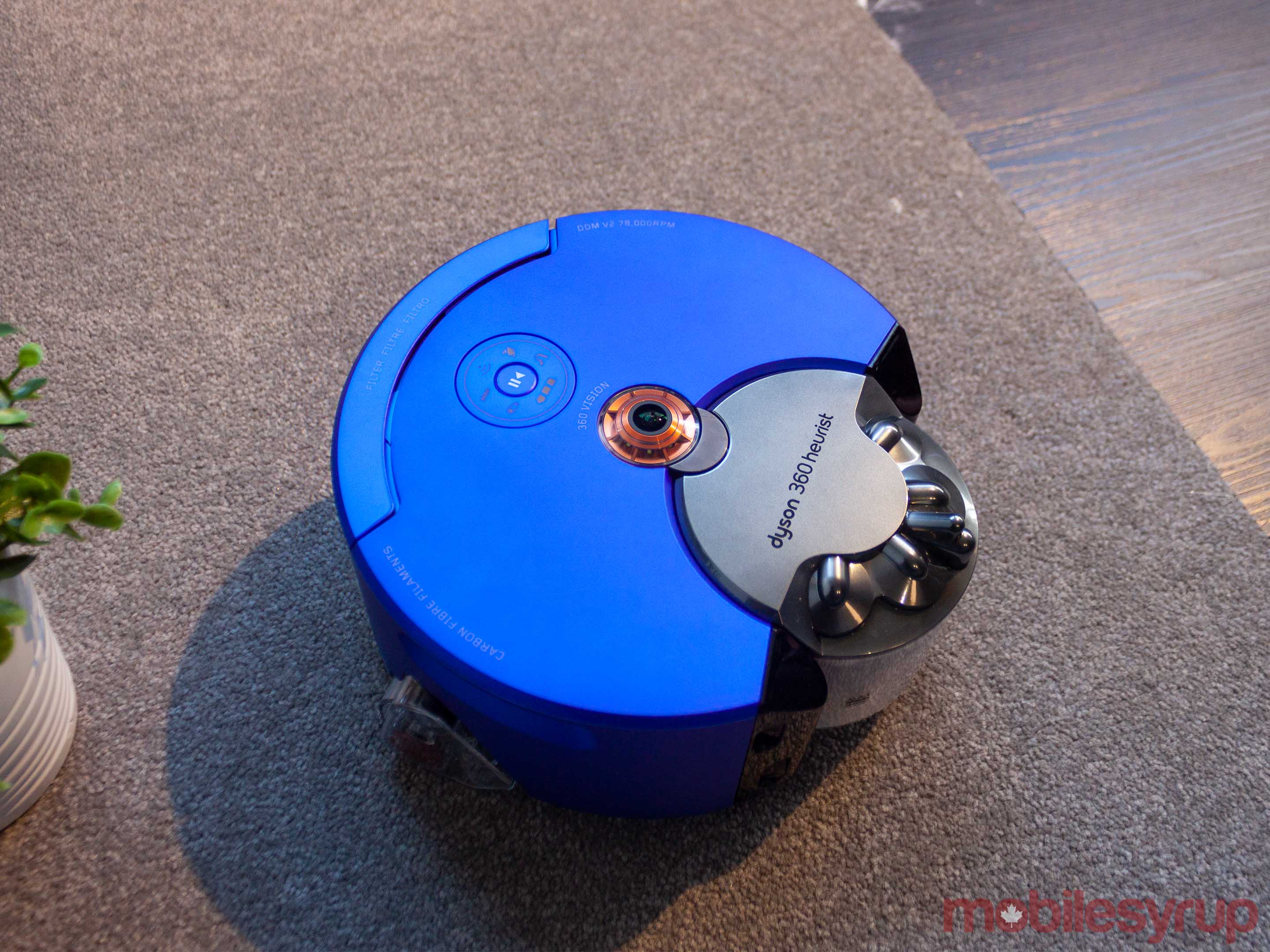 Along with the sophisticated new task light, Dyson unveiled a new robot vacuum.

Dubbed the 360 Heurist, Dyson says the new robot vacuum has 20 percent more suction and 20 times more memory than its predecessor.

On the top of the Heurist, there’s a fish-eye hemispheric lens that allows the robot to see 360 degrees and interpret its surroundings. Dyson calls it Simultaneous Localization and Mapping (SLAM) technology. The robot uses this to measure travel distance, so it always knows where it is in the room. 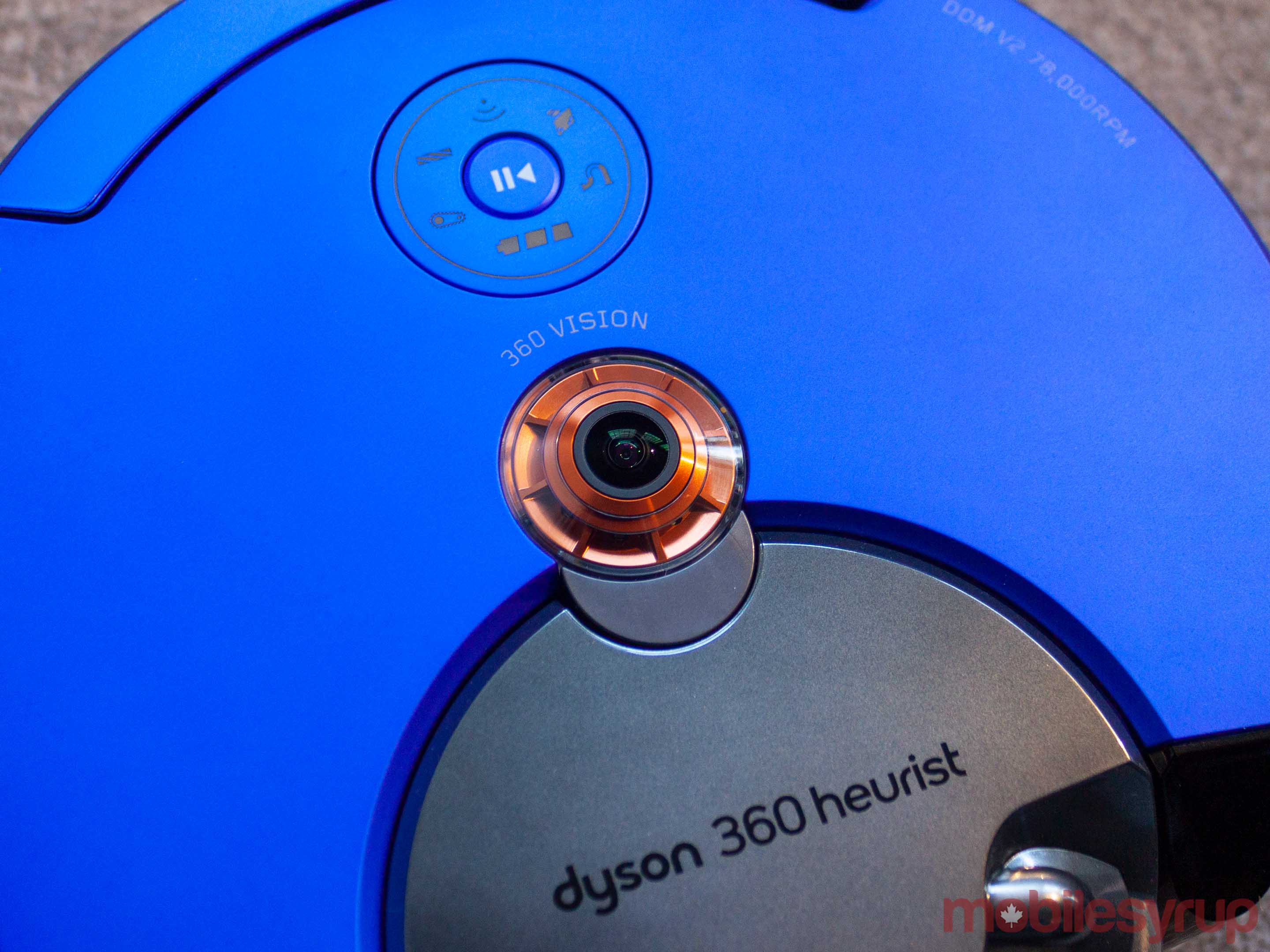 Dyson described the process to me as similar to sailors using the stars to navigate on the ocean. The Heurist marks important reference points throughout your home — photos on the wall, lights on the ceiling — to figure out where it’s going.

The company coupled the SLAM module, along with several obstacle, drop, wall and long-distance sensors, with learning behaviour. As the robot cleans your house, it learns your home. 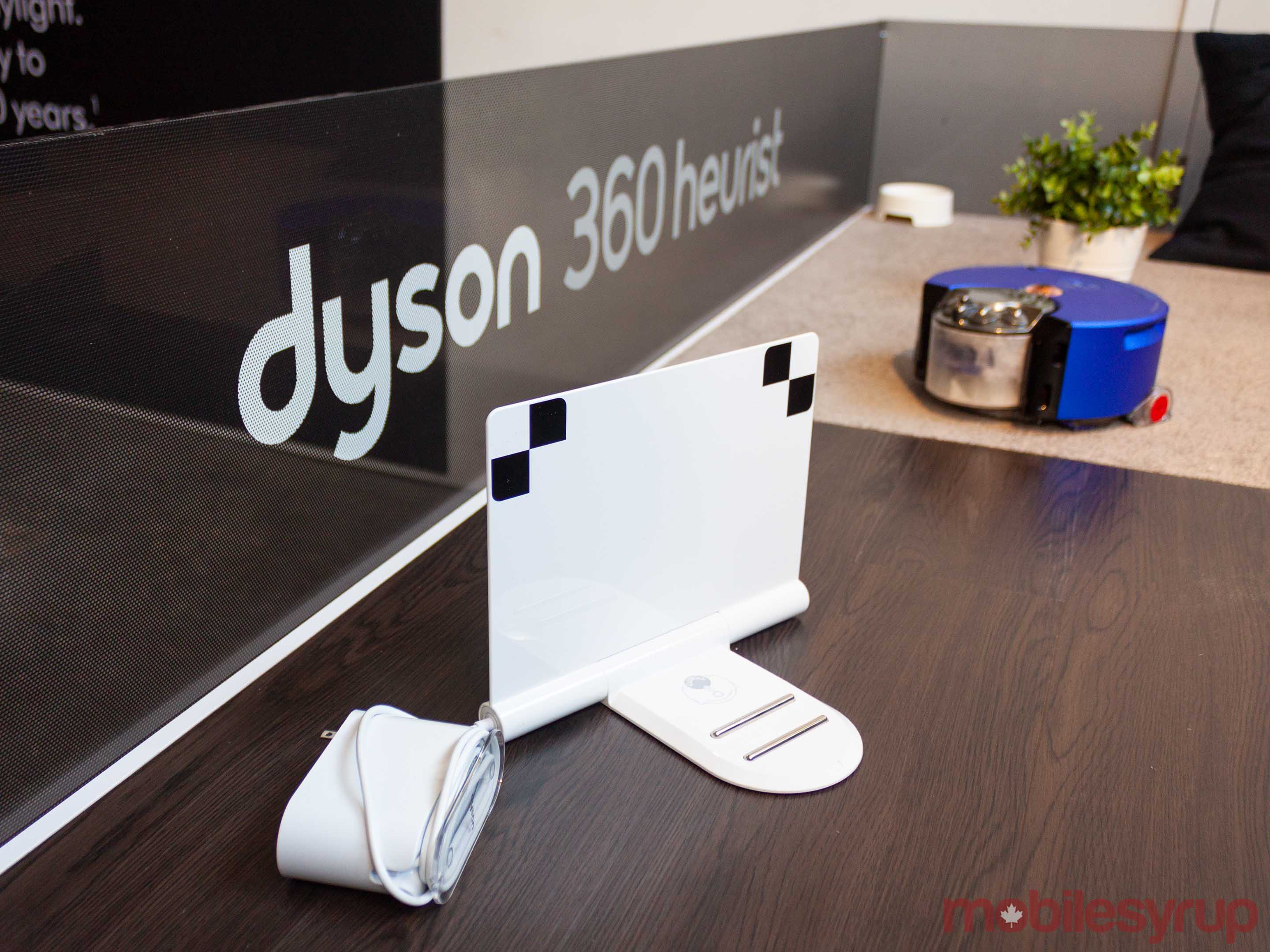 It also maps your home as it goes. Users can view the map in the Dyson Link app and designate different cleaning levels for different areas. For example, you can tell the robot to use its ‘low’ mode in your office where there isn’t as much to clean, but vacuum the hallway on ‘high.’

A quad-core processor and 10GB of RAM power the Heurist. Plus it has 32 times more long-term memory for storing maps and learning the best cleaning patterns for your home.

A vacuum that knows how to clean 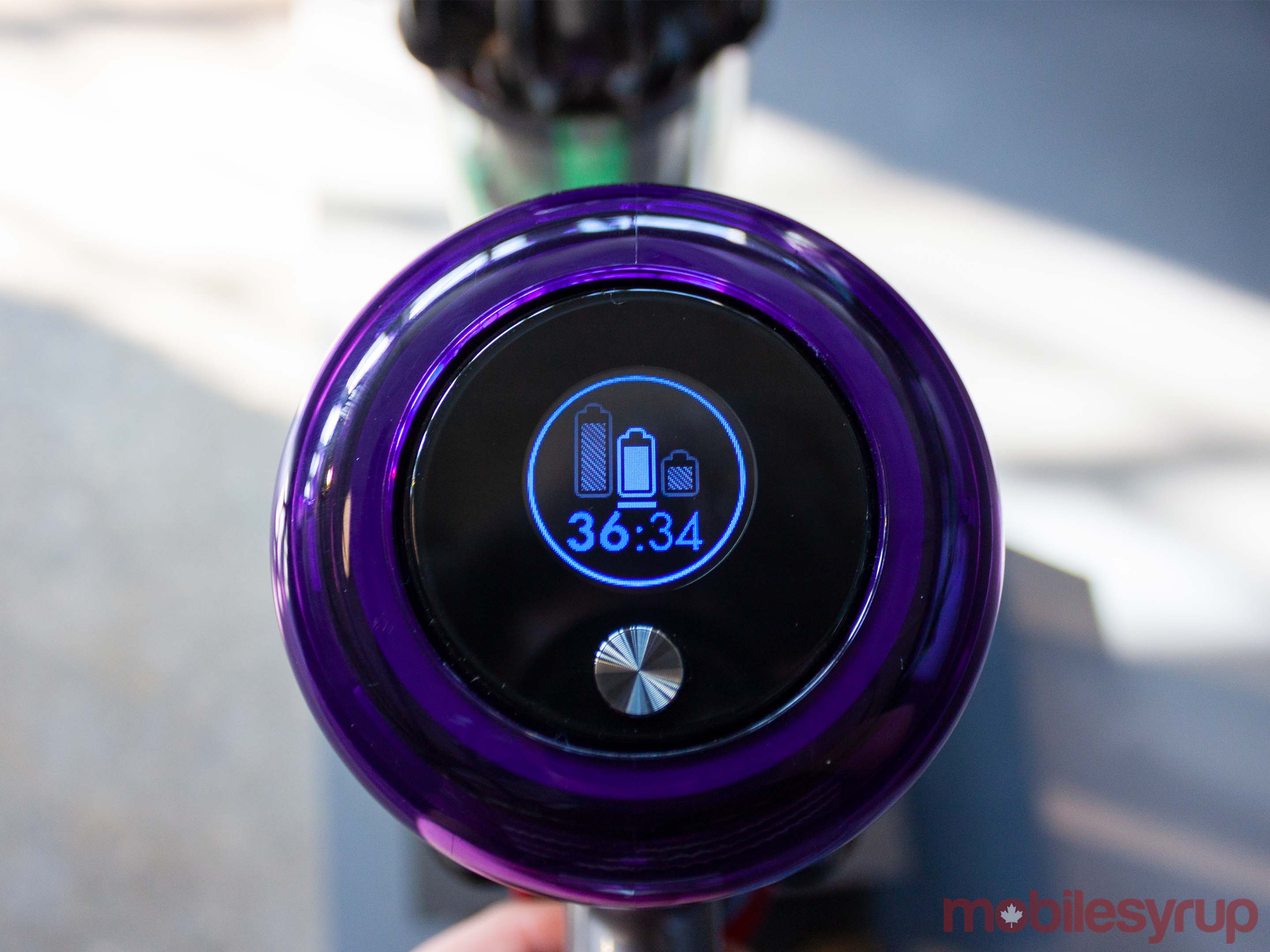 Dyson also launched its V11 Absolute cord-free vacuum. On the surface, there’s not a whole lot different from the V10, but it’s what’s inside that counts.

First up, Dyson increased suction by 20 percent and the new V11 digital motor spins at up to 125,000rpm.

However, brains beat brawn and, sheer power aside, the V11 Absolute is one smart vacuum. It’s got several sensors in the head and motor that monitor suction.

The sensors in the vacuum’s head can also detect what kind of surface you’re vacuuming, ramping up the motor for more suction on carpet and toning things down on hard floors where it doesn’t need as much power.

There are several benefits to this, first and foremost that it takes the guesswork out of vacuuming. Users don’t need to figure out whether they need to use ‘Eco’ mode or ‘Boost’ mode. The vacuum does it for them.

It also helps increase battery life as the vacuum learn how it works over time and can more accurately calculate the remaining battery charge.

Plus, a new LCD display built into the vacuum lets users know how much time they have left on a charge and if something goes wrong. For example, if you suck up a sock with the vacuum, it’ll detect there’s a blockage and instruct users how to disassemble the vacuum to find and remove it. 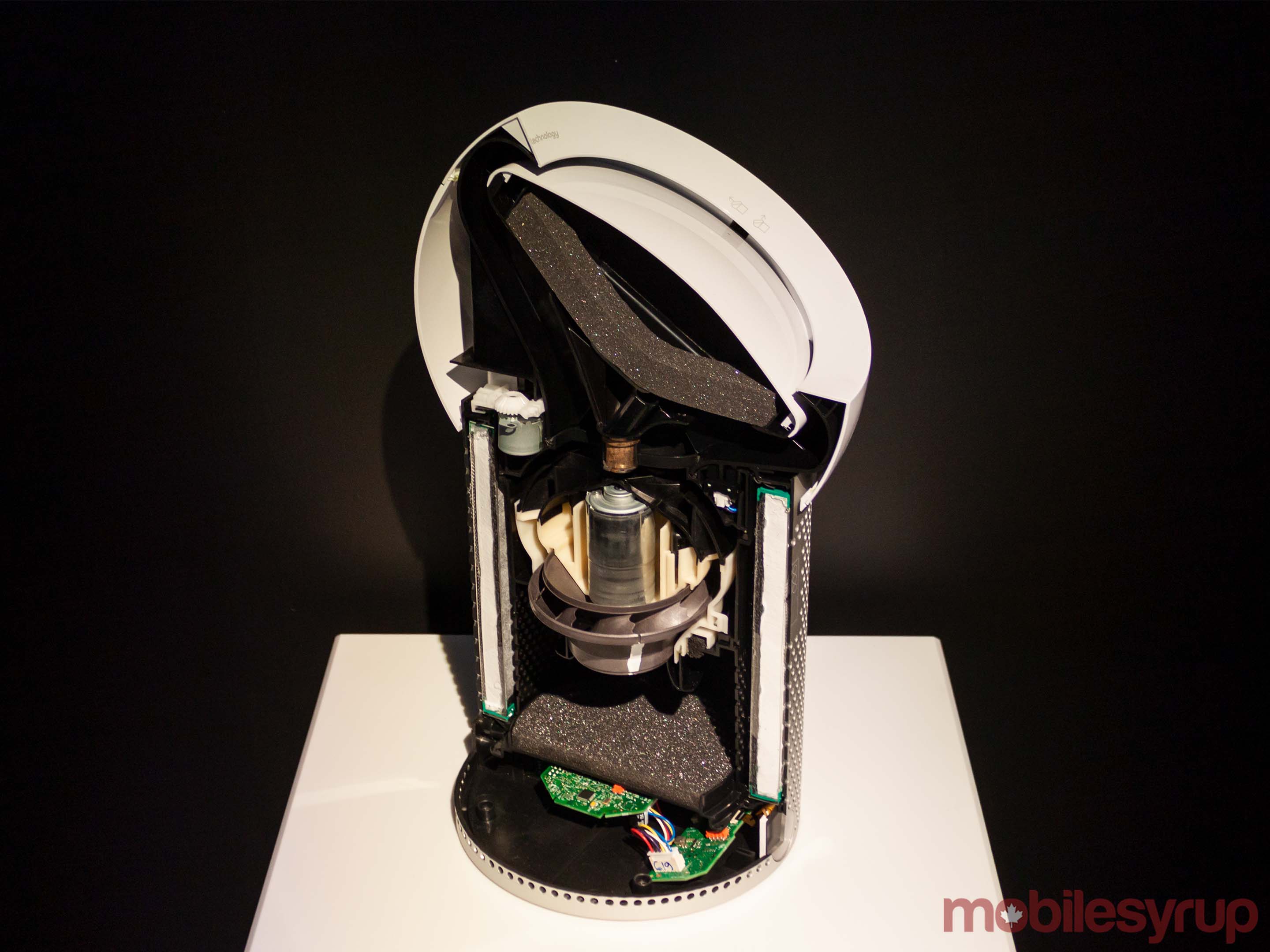 It features a sealed HEPA filter that captures 99.97 percent of particle pollutants as small as 0.3 microns — particles 300 times narrower than a human hair.

Additionally, Dyson designed the Pure Cool Me with acoustics in mind. It’s astonishingly quiet for the amount of air it pushes out.

Speaking of which, Dyson based its design for the fan on the aerodynamic properties of the Harrier Jump Jet. The company calls it ‘Core Flow’ technology.

The fan emits two jets of air at the top and bottom of the device. The convex surface allows the air jets to converge, forming a high-pressure core. This allows the Pure Cool Me to project a precise stream of air at several angles. Plus, users can adjust the flow by merely sliding the convex surface. 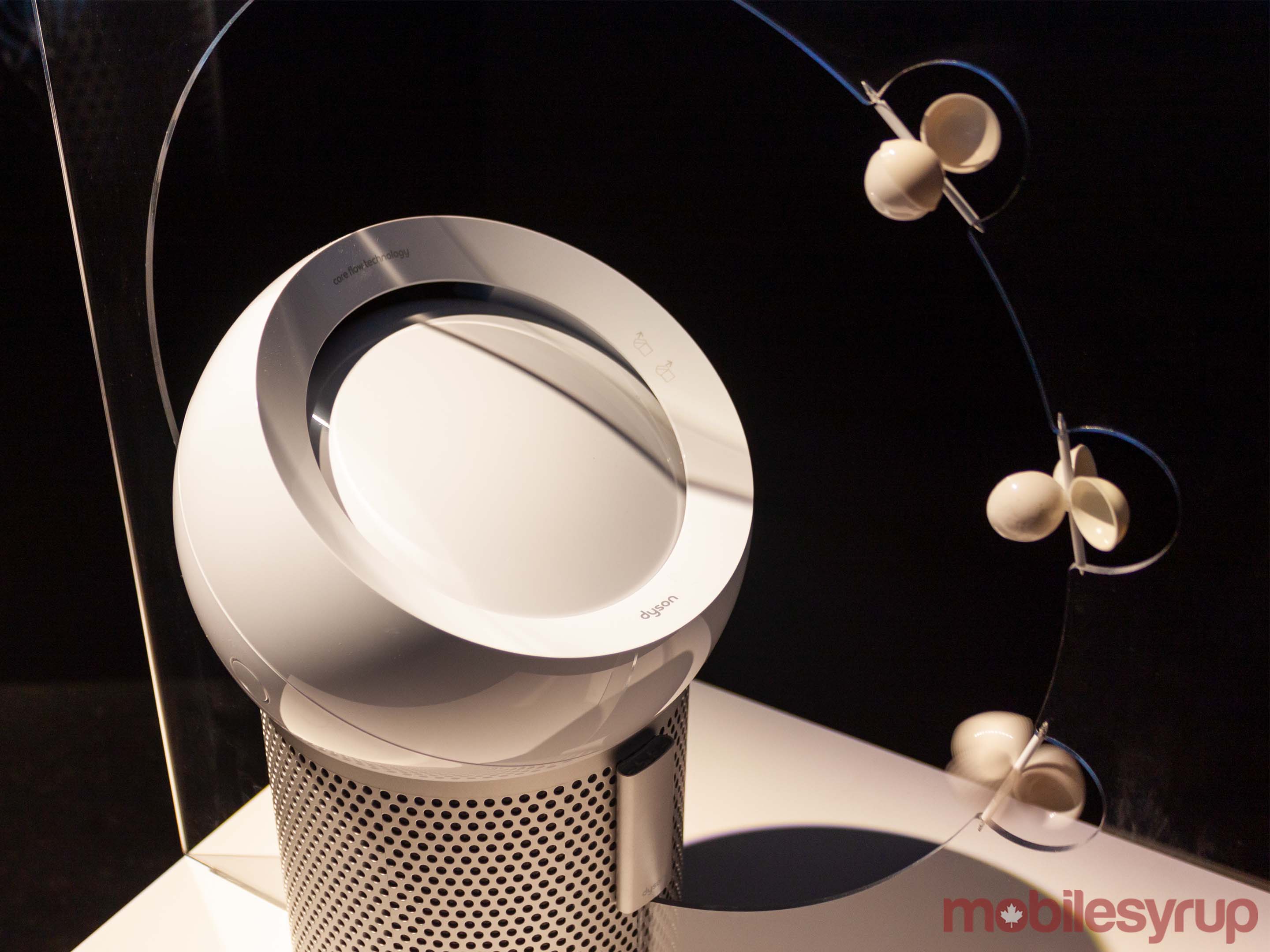 While the Pure Cool Me doesn’t link up with your smartphone, it does have some smart features. Ambient light sensors will dim the LCD screen when a room gets dark. Users can also set sleep timers to control when the fan runs at night. Finally, the LCD also shows everything you need to know, from airflow speed to filter health.

Dyson’s Pure Cool Me starts at $449.99. It, and all the other products Dyson announced, will be available on the company’s Canadian website.