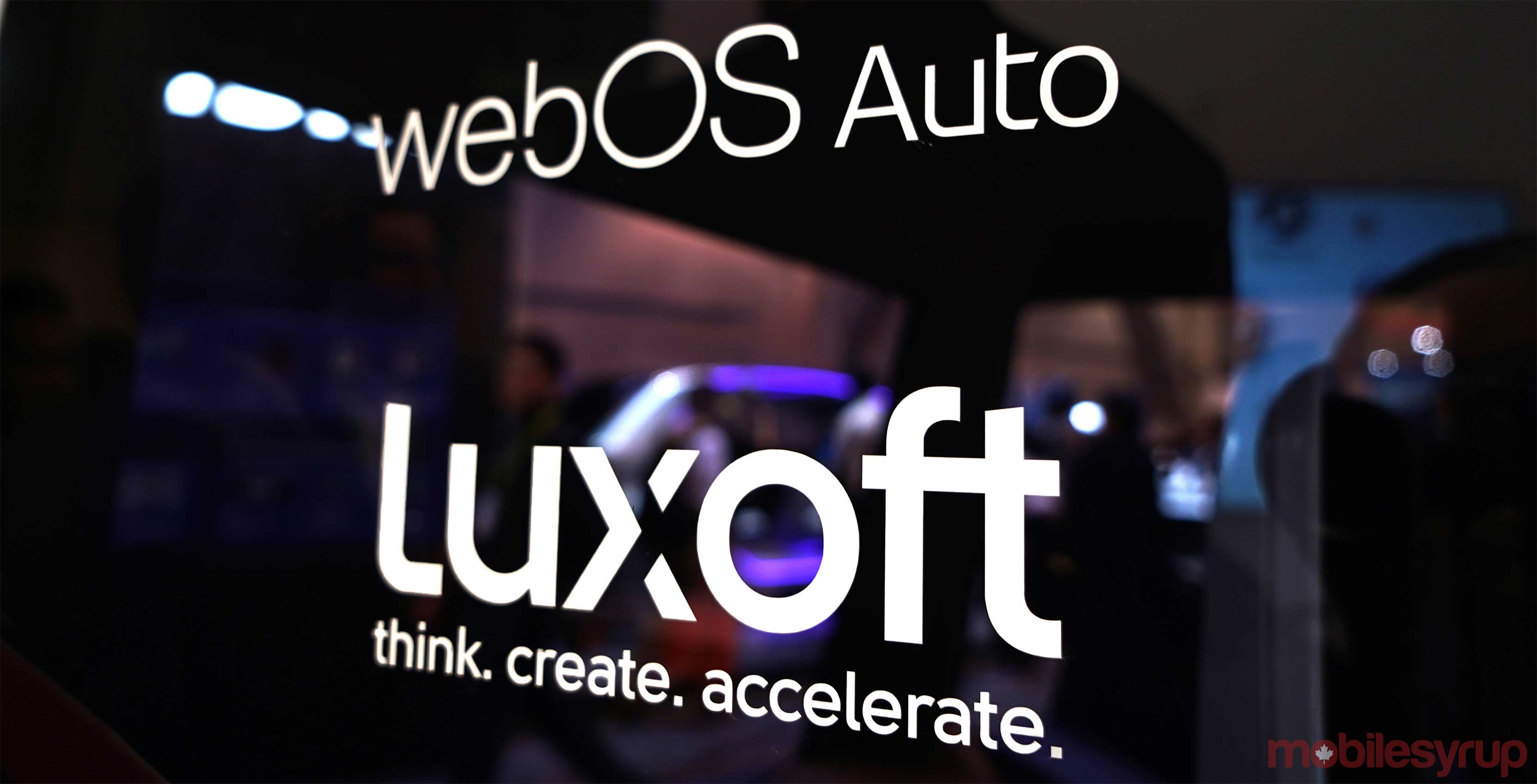 It’s now old news that webOS has the potential to play a role in automotive infotainment, but seeing it in action was an interesting paradox.

It’s strange seeing the webOS logo on a vehicle, even if it is a concept. If there’s one platform that’s been around the block, so to speak, it’s webOS. From its inception through Palm, to its collapse with HP, and ultimately renewed lease on life with LG, it’s since been defined as a smart TV interface. 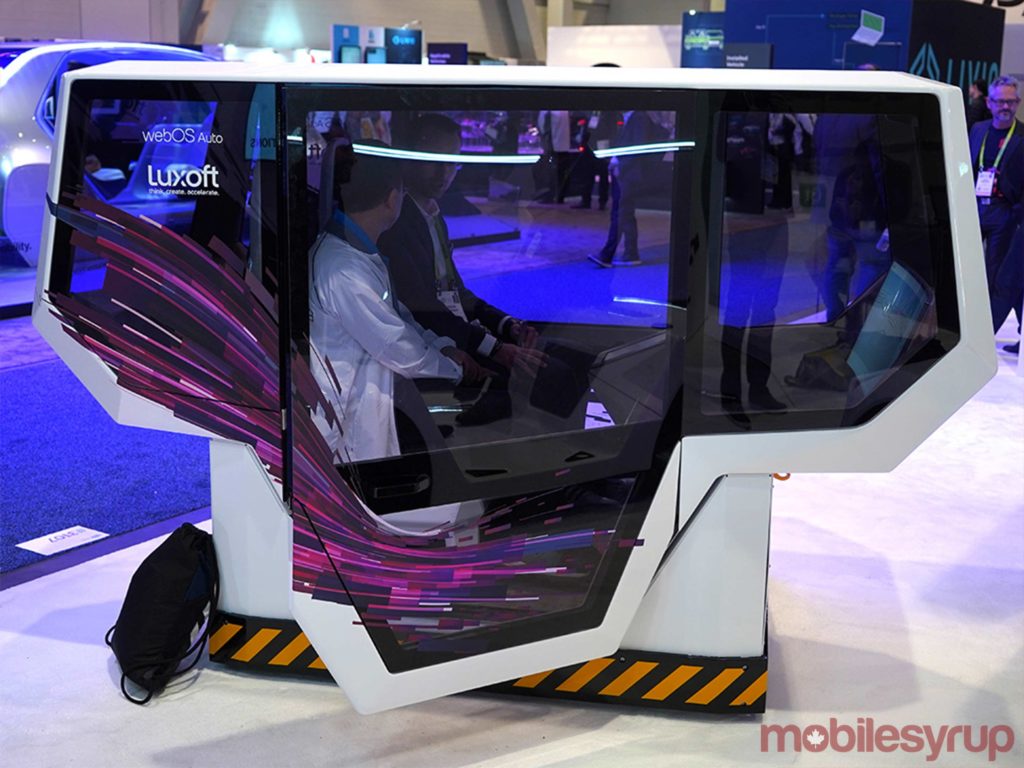 That looks to be changing. Luxoft, a Swiss developer, partnered with LG on this project of porting over the smart TV platform to in-car use. It’s not even close to a direct port, so don’t assume it has the same look.

This looks very different, and it was evident to me that it’s still early days for the viability of the setup.

For starters, Luxoft demoed this in a unique concept vehicle — basically a pod that can sit on top of a rolling set of wheels the company calls a “skateboard.” The idea is that pods can be used to move people and goods with automated machines laying and removing the pods as necessary. It’s a bit confusing, but that’s secondary to the platform inside.

Three screens make up the system. One is the user’s phone, one a large touchscreen on the dash, and a curved display taking up half the windshield. Users first order the vehicle through an app (with blockchain) where they can unlock the doors and then integrate their handset by scanning a QR code on the dash’s touchscreen. 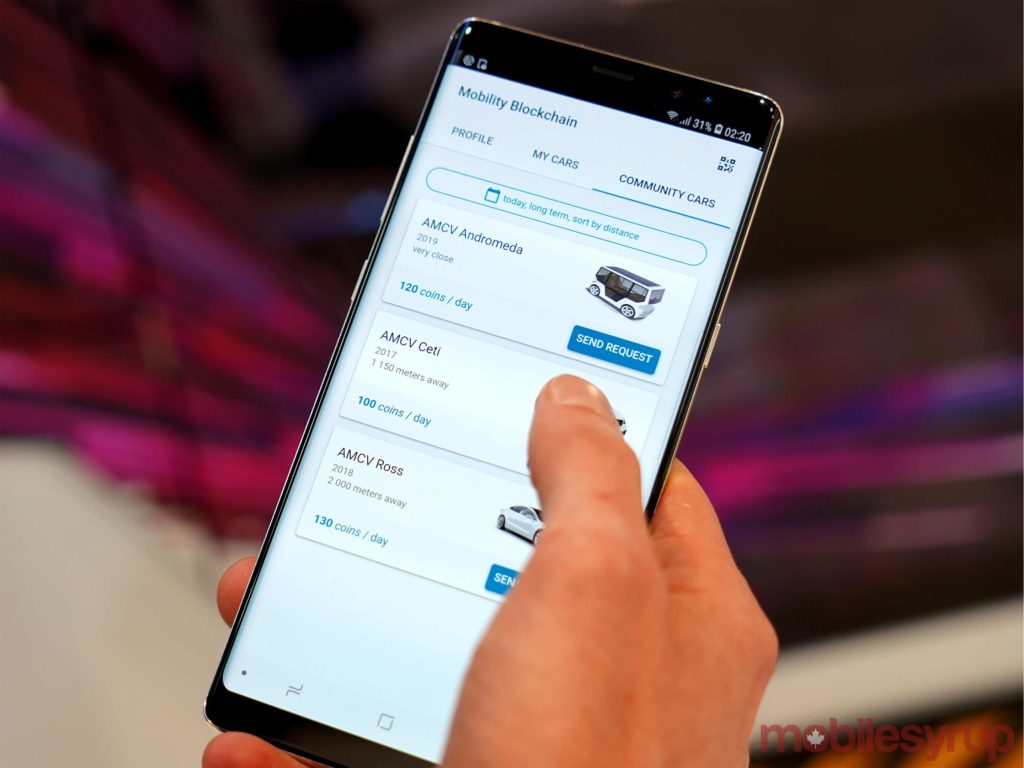 Amazon’s Alexa, which is built-in to webOS Auto, confirms the connection and displays a home screen. The curved display showed a map, supplied by HERE, to indicate the vehicle’s location. A Luxoft rep then gave a verbal command through Alexa to navigate to a destination.

While the pod was theoretically driving, he verbally ordered a drink from a Vegas hotel and booked a tour of the Strip. The idea is that passengers can engage with services while they ride, using Alexa or the touchscreen to do them at any time. Whether it’s booking something, listening to music through Spotify or watching video on Netflix and Amazon Prime, a lot can be plugged in. It’s like having a virtual concierge during every ride.

Luxoft’s other partnerships are part of the mix here, like the PELUX and Qt Auto platforms, for instance. But this is really more of a middleware play. Luxoft helped develop the newer MBUX system Mercedes-Benz has rolled out recently. 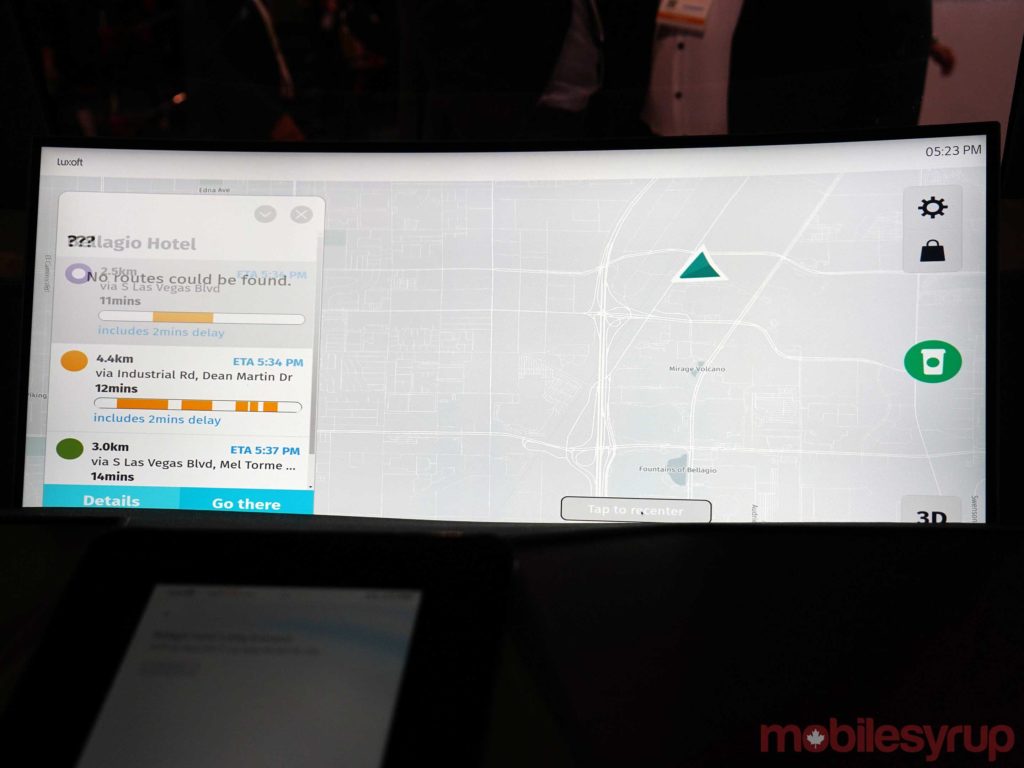 As a middleware provider — not unlike BlackBerry’s QNX — Luxoft was simply showing what webOS Auto could do. What it could look like would depend on what automakers or mobility services companies want. Another German automaker is expected to make an announcement regarding webOS in the spring, so we’ll get news soon.

LG and Microsoft team up

In a separate, yet related, announcement, LG will be putting Microsoft’s AI and Azure cloud service into its emerging automotive infotainment platform.

The same aforementioned German automaker is on board with this, and the feature set will include smarts for the driver assistance and cameras in whichever vehicle runs the system. 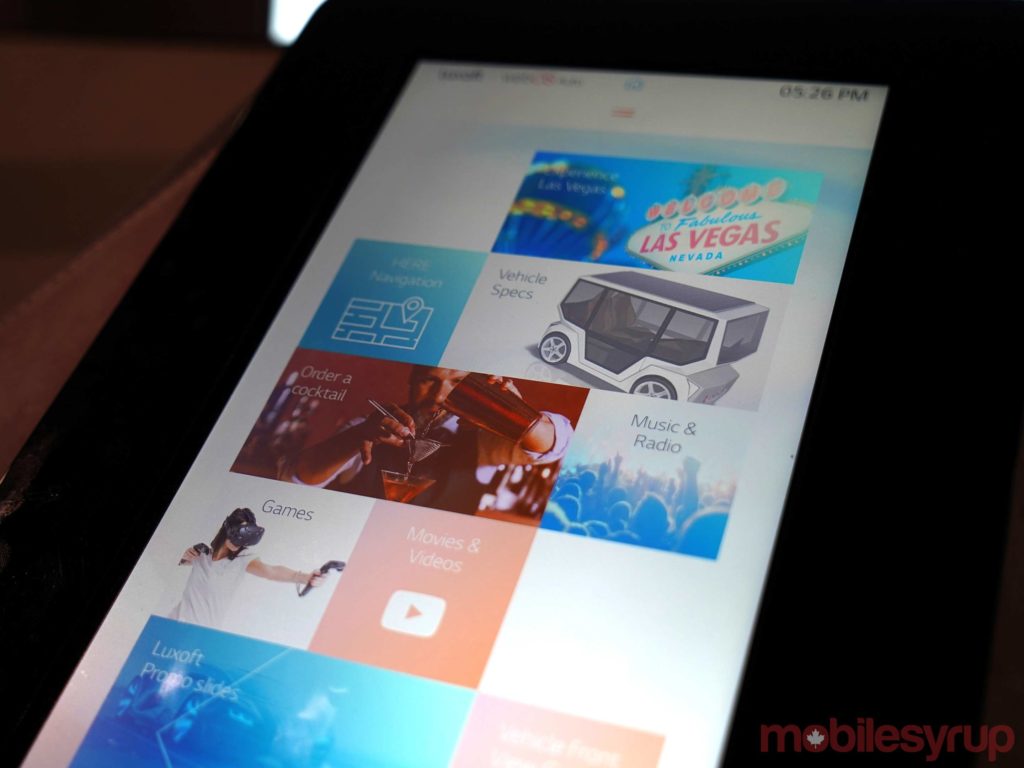 Where Azure fits in is to process data faster on the fly, like recognizing pedestrians, lines, signs and much more.

It will also involve Azure’s Virtual Assistant Solution Accelerator, a voice-activated framework that is supposed to give drivers useful data, like traffic, music, and points of interest.

Neither gave too much detail beyond the basics, but it looks like LG is gunning for Samsung (among others) in the automotive arena.

LG wants webOS to show up on more platforms