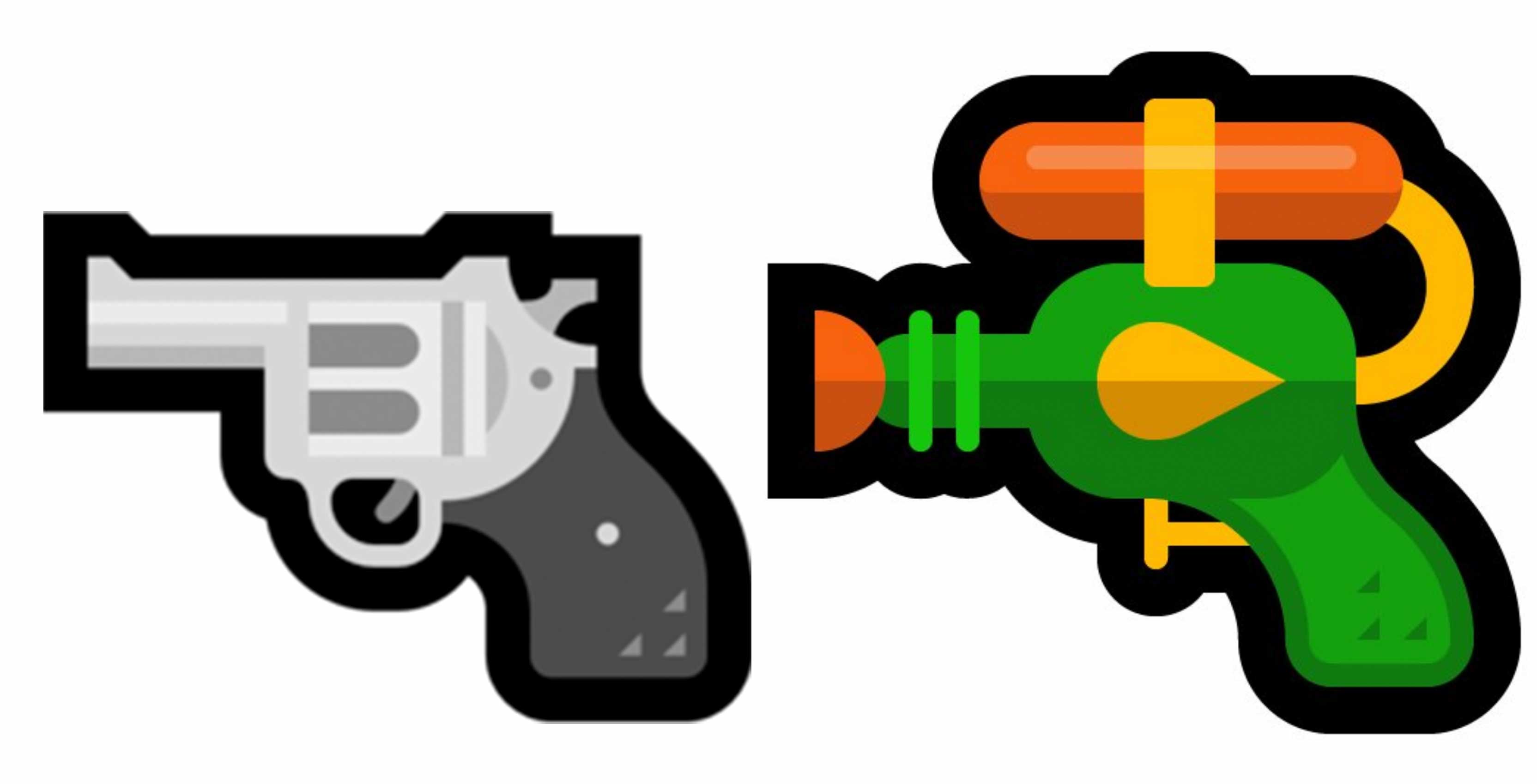 Microsoft has shown off a water pistol emoji design, making it the latest technology giant to remove the gun from its emoji line-up.

Last month Twitter added its version of the squirt gun and earlier this week Google showed off its orange super soaker design as well.

Now, Microsoft has tweeted a preview of its water pistol design.

We are in the process of evolving our emojis to reflect our values and the feedback we’ve received. Here’s a preview: pic.twitter.com/BlB3yYTSht

This means that almost all of the major tech companies have finally confirmed plans to move away from a real gun emoji.

The only company that hasn’t shared a water gun design is Facebook, but the social network did recently confirm to emojipedia that it’s working on a refreshed design.