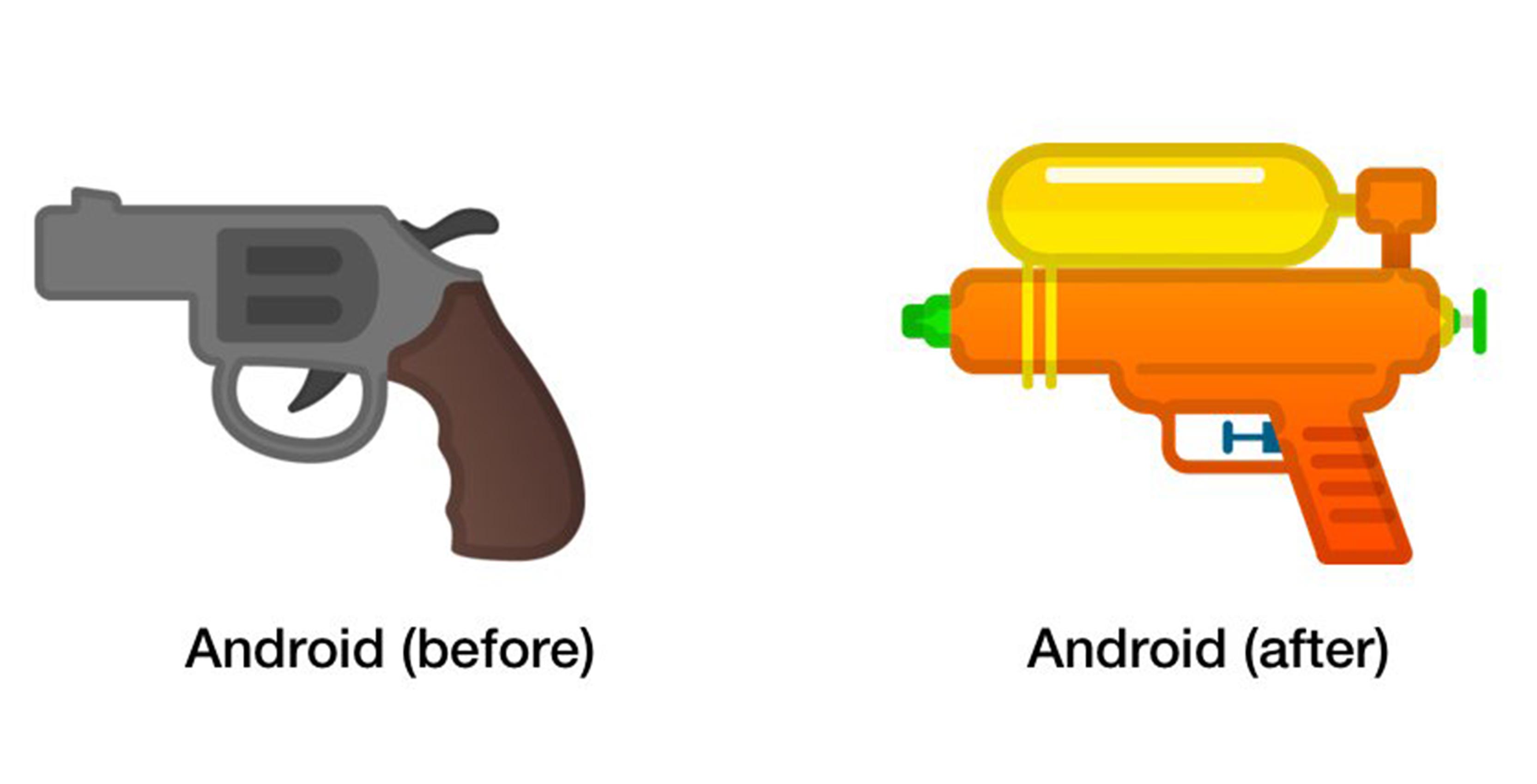 Google is the latest company to change its gun emoji into a water pistol.

The new Google emoji is similar to WhatsApp’s water gun, with a bright orange squirt gun design instead of the green that’s been adopted by the other companies.

Microsoft and Facebook are the last two holdouts, with neither tech giant changing its gun emoji into something less realistic — at least not yet. 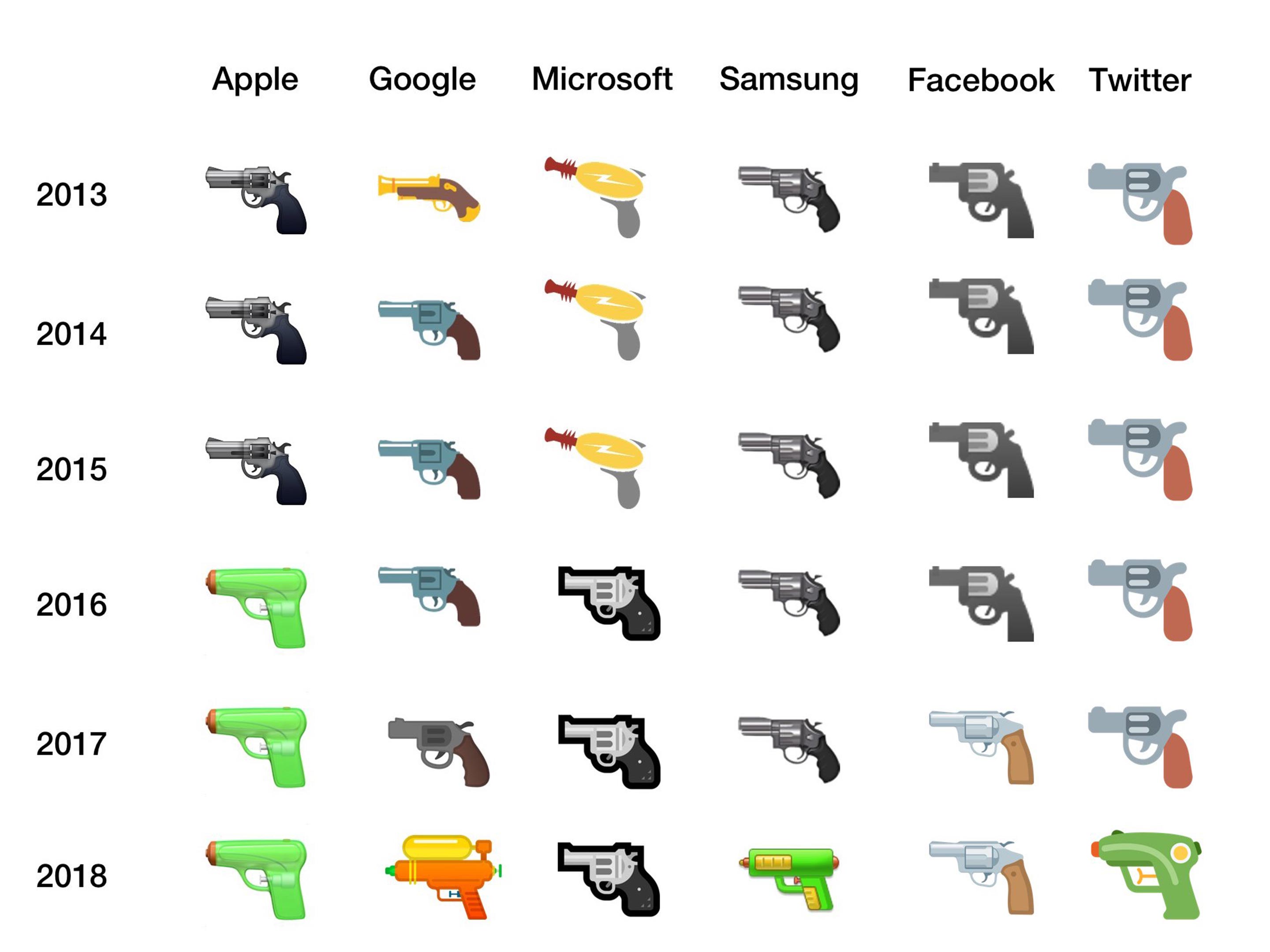 Whats interesting about Microsoft’s original gun emoji is that it was a 70’s-esque laser pistol that actually doesn’t seem out of place among other companies’ water pistol emojis.

Facebook has confirmed to Emojipedia that it’s working on a water gun emoji, but the social network hasn’t revealed the design yet.