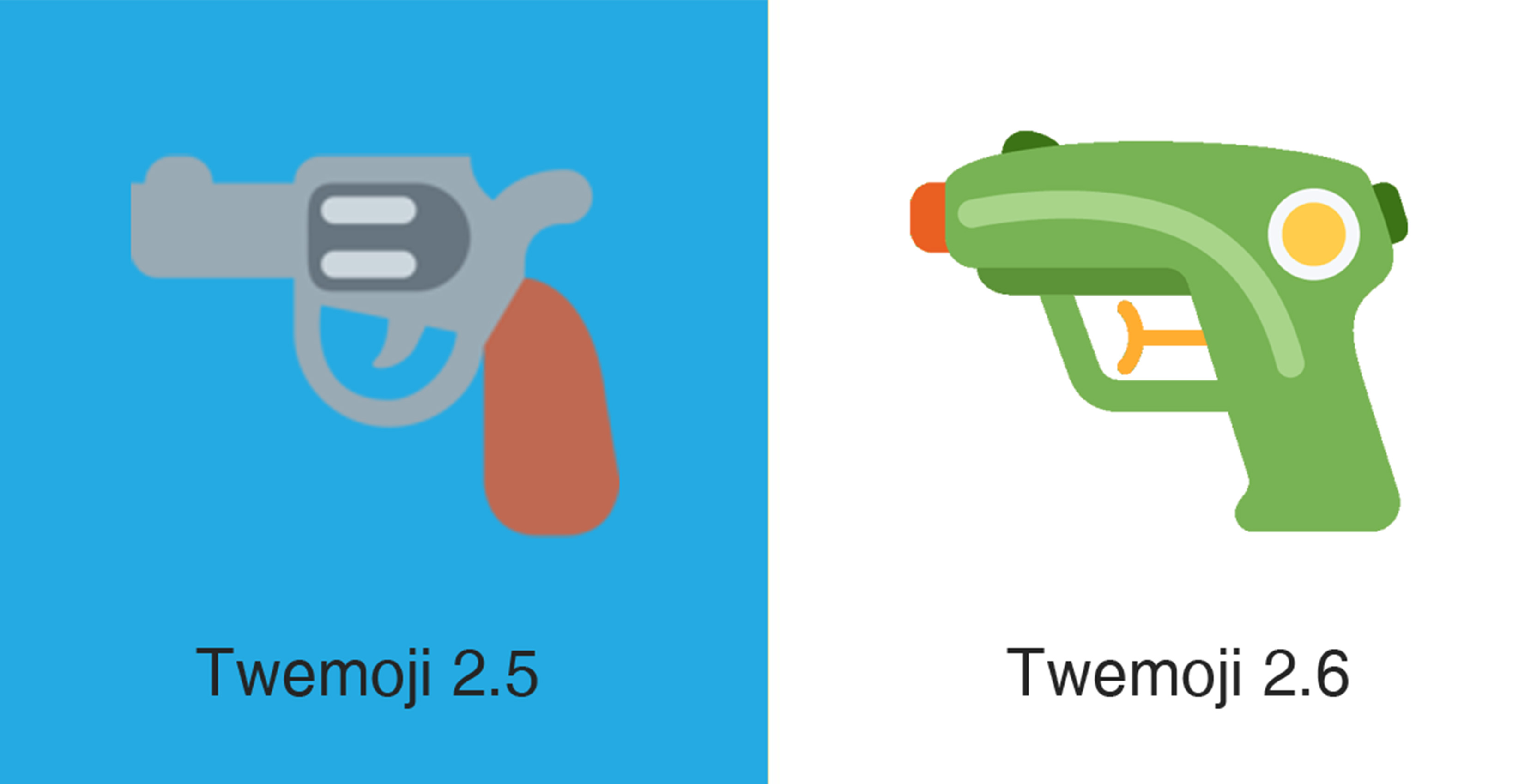 U.S.-based Microblogging platform Twitter has removed its gun emoji and replaced it with a green water pistol.

In an April 12th, 2018 update, Twitter made several aesthetic changes to its set of emoji, including altering the magnifying glass icon, adding detail to the knife emoji and changing the gun to a water pistol.

This is a small yet strong move for the company which has recently been looking at ways to reduce abuse on its platform. Taking away an emoji that could easily be construed as violent and replacing it which a children’s toy seems like another step in the right direction.

Apple was the first company to implement the green water gun emoji in 2016 and since then Samsung, Twitter and WhatsApp have all changed over to the water gun.

There are still more companies that are still using the regular handgun, most notably Google, Facebook, Messenger, LG and Microsoft.

Twitter has previously made its rules against abuse more public.