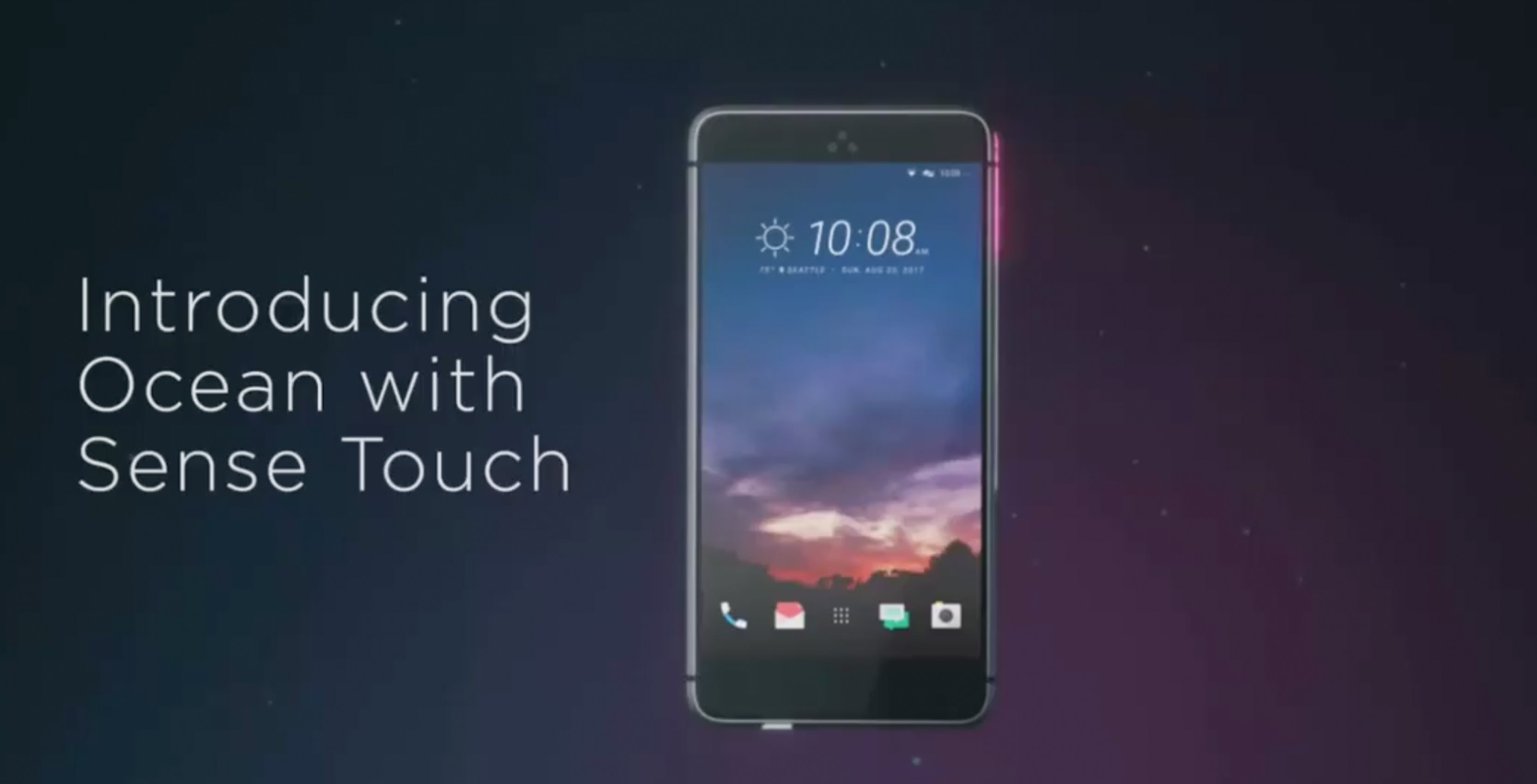 On the eve of a grand Samsung S8 release, eminent tipster Evan Blass has released detailed information about the upcoming HTC U, nicknamed ‘Ocean,’ revealing that the device has premium specs including the Snapdragon 835 chipset and an innovative new touch-sensitive frame.

Blass says that according to a source familiar with the matter, the Nougat 7.1-powered device’s metal frame has a technology known as Edge Sense, which embeds sensors that enable users to control multiple customizable actions with gestures like squeezing and swiping, confirming previous video and picture leaks (shown above).

More cool HTC stuff here (including the tablet that launched @evleaks): https://t.co/S3WaZkeog9
Check it out before it gets pulled! pic.twitter.com/YJwmZb0Sje

The handset, which is skinned with the latest version of Sense UI (Sense 9), features a 5.5-inch, WQHD (2560 x 1440) resolution display. Its powered by the latest Qualcom chipset, Snapdragon 835, backed by 64GB or 128GB of internal storage (expandable by microSD card). Blass did not provide any spec for RAM.

The HTC U is expected to debut in mid-April, with a global release in May.