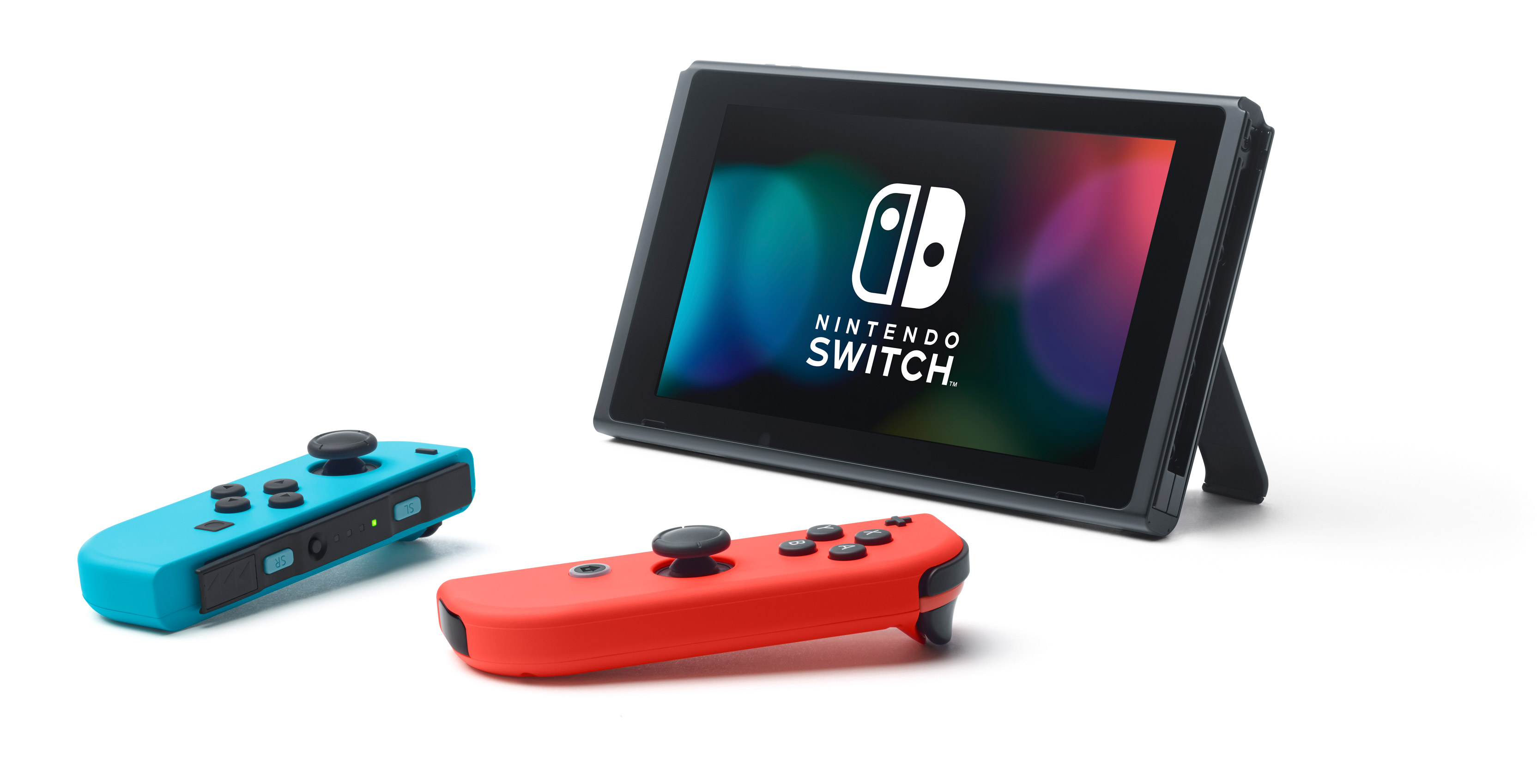 While my colleague Patrick O’Rourke was in a mad dash to get every single detail about the device out to MobileSyrup readers following last night’s late reveal, I watched Nintendo presentation at a more leisurely pace to try and contextualize the device.

I’ve organized the result of that effort below. In short, I think there’s a lot to be optimistic about when it comes to the Switch, but it faces some potential stumbling blocks, particularly when it comes to its success in the Canadian market.

The Nintendo Switch is too expensive, at least in Canada 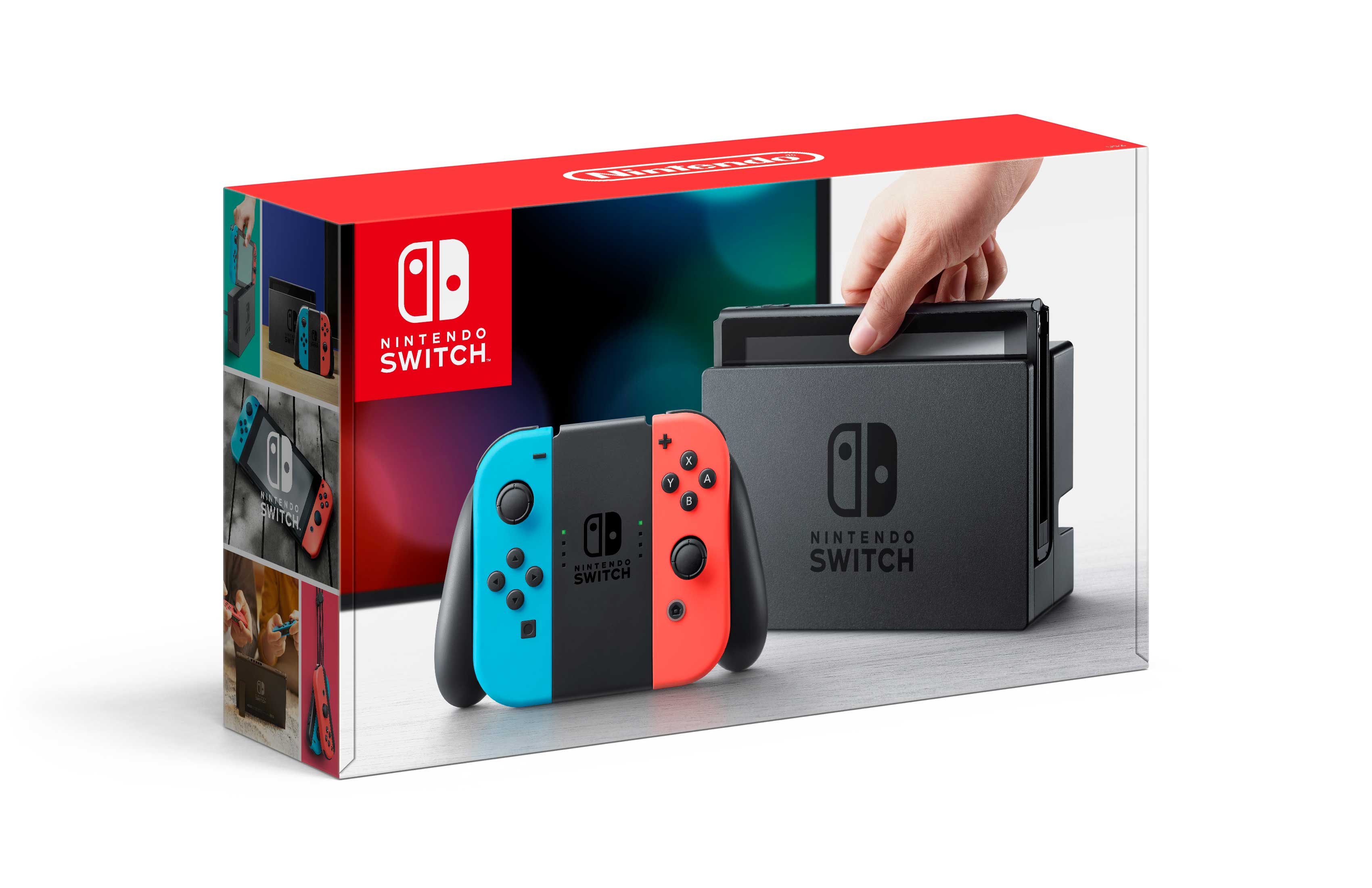 When Nintendo President Tatsumi Kimishima took to the stage last night in Tokyo and quickly announced the price of the Switch, it seemed like the Japanese gaming giant had thrown Canadian consumers a bone, as Kimishima said the Switch would cost $299 in the Americas.

“Not only did all of Nintendo’s first-party games look compelling, there also seemed to be something for everyone”

Nintendo then released local pricing details, revealing that its latest console will cost an additional $100 in Canada.

To put that number in perspective, that’s more than the $379 both Sony and Microsoft charge for their base model eighth generation consoles, both of which come with excellent games inside the box. 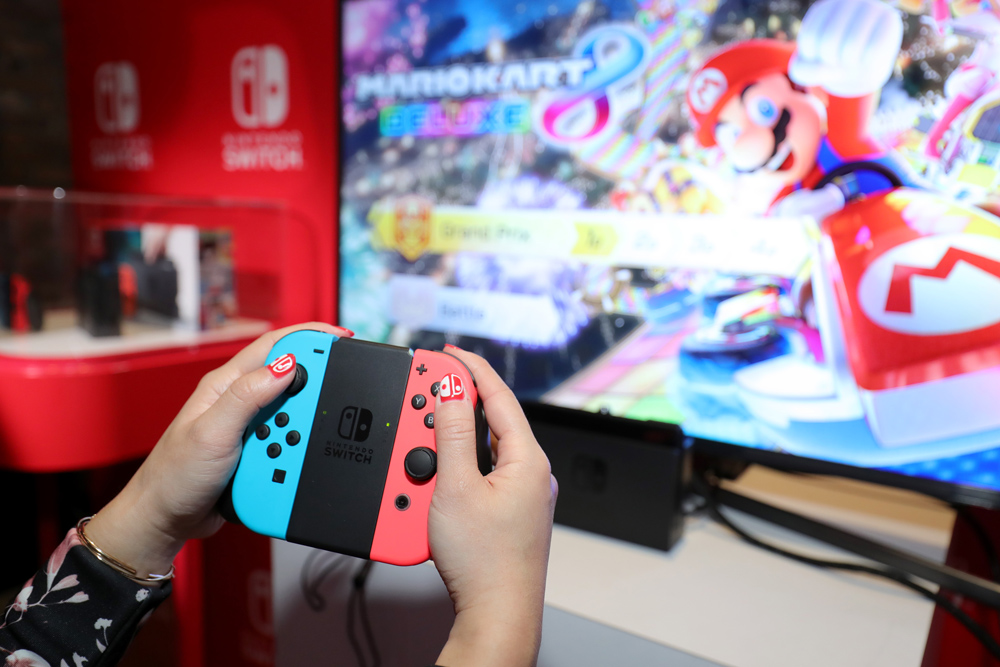 I’m not usually one to compare price between drastically different devices, because, for the most part, I don’t think it’s a useful exercise; most consumers products are far more than the sum of their components. But then you compare the Switch against the Xbox One S, with its support for both 4K and HDR video output, apps and UHD Blu-Ray playback, on top of the fact it plays games, the latter comes out looking like a much better value proposition.

Worse yet are the prices of the console’s accessories. In Canada, an extra set of Joy-Con controllers is priced at $100. Meanwhile, a single Switch Pro Controller will set Canadian consumers back $90. I don’t want to know how much an extra dock will cost (it doesn’t have a price yet) because in the U.S. it’s priced at $80 USD. You know something is way too expensive when our neighbors to the south complain. 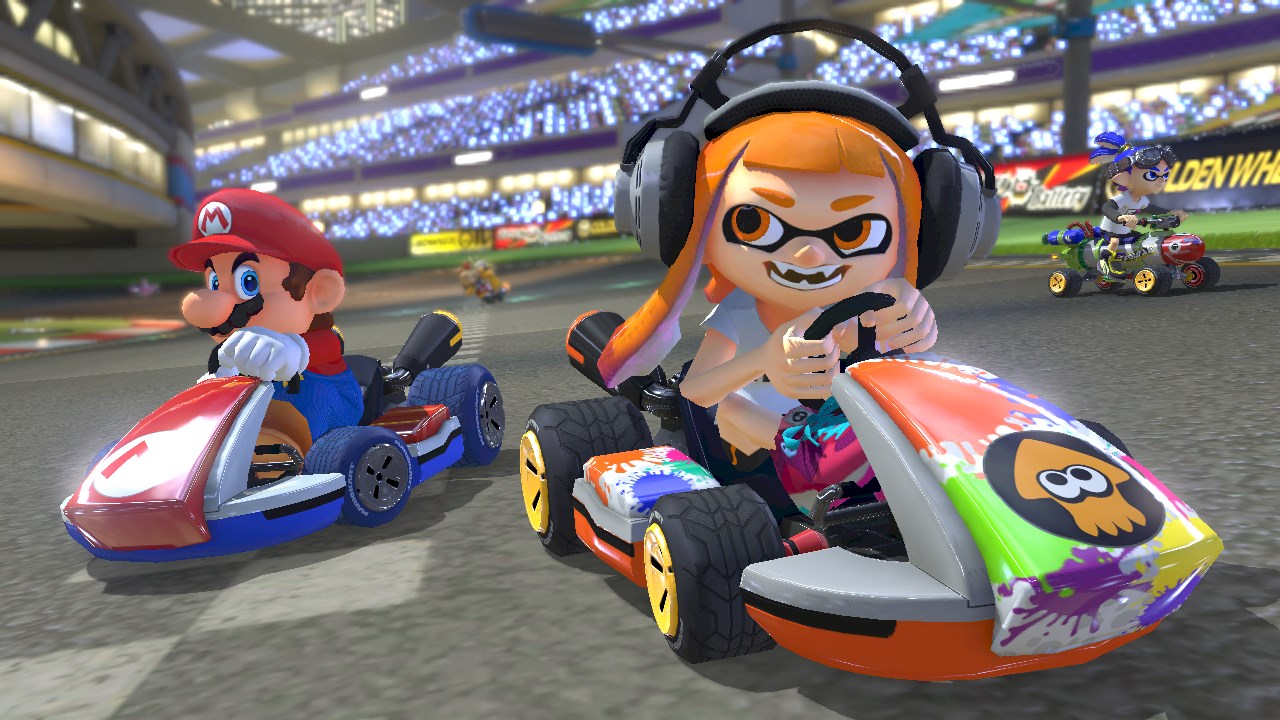 Nintendo’s pricing strategy here seems completely at odds with its positioning of the Switch as a multiplayer-focused console, and is likely to put the company on the back foot as it tries to become competitive against Sony and Microsoft again.

Of course, we’ve been here before. When the 3DS first came to Canada back in 2011, it cost $250. Six months later, Nintendo slashed the console’s price to $170, a dramatic discount that significantly boosted sales of the device. 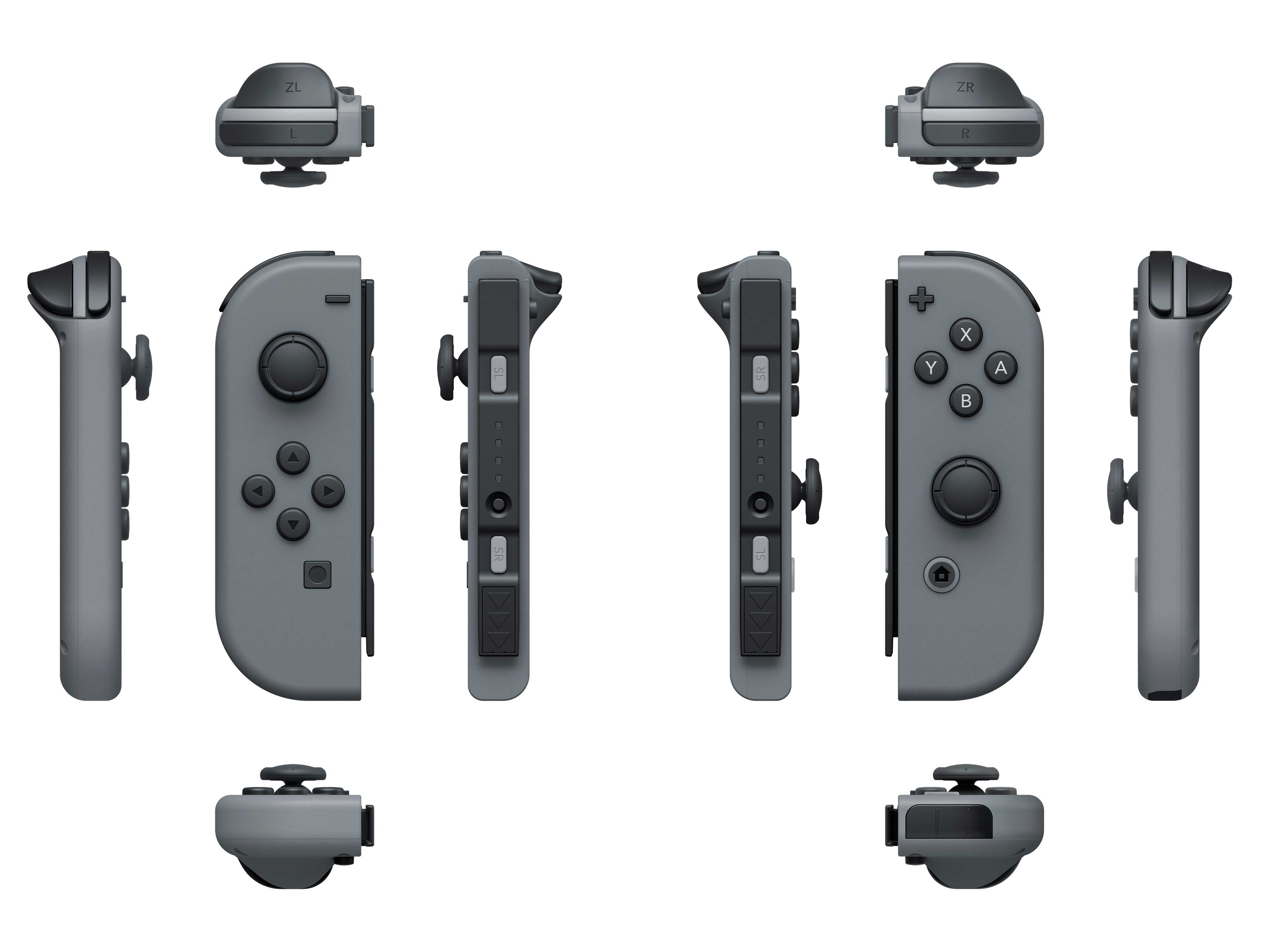 I understand Nintendo’s reasoning going into the launch of this console. The company must believe it has a compelling product on its hands and feels it’s well worth the asking price. Moreover, it’s easy for a consumer electronics company to reduce the price of a product, but to increase it is almost untenable, so why not make a few more bucks if possible. The company has shareholders to keep happy, after all.

Still, the company will need to adjust pricing strategy across the globe if it hopes to win back gamers.

But damn, that first-party lineup 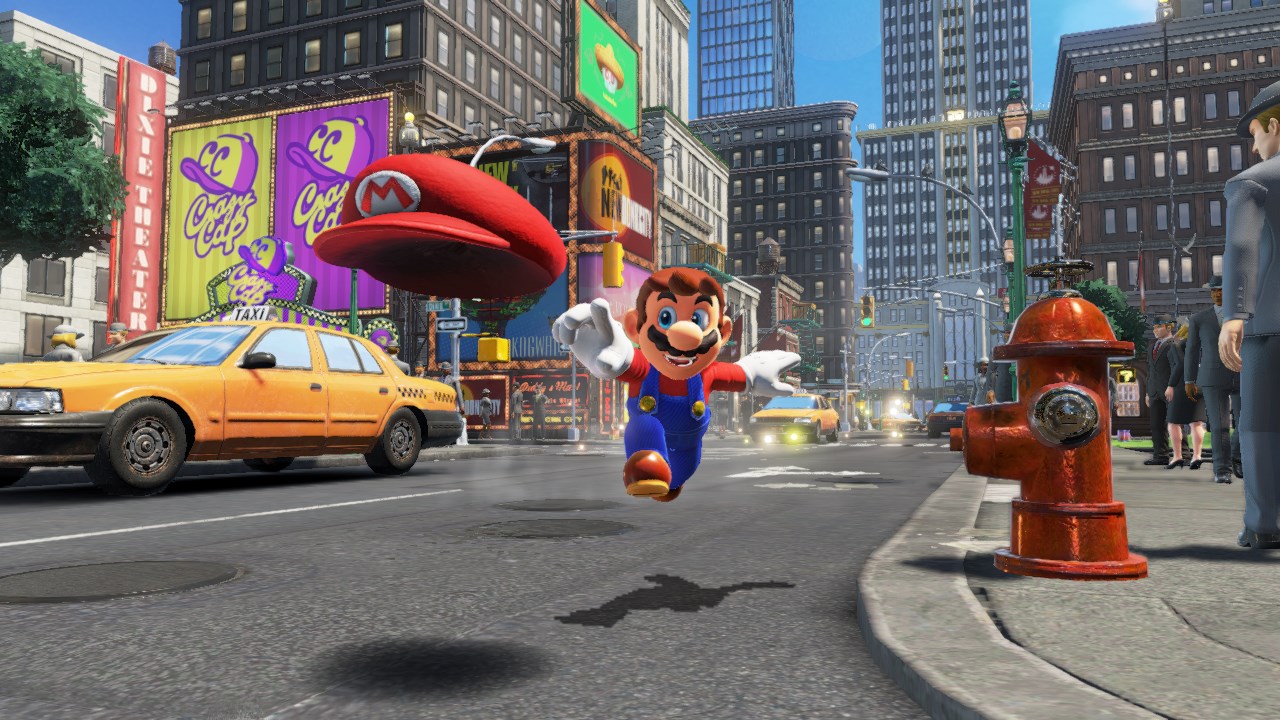 It was just earlier this week that Microsoft cancelled Scalebound, one of its few announced exclusives that had nothing to do with Gears of War or Halo, so to watch Nintendo detail The Legend of Zelda: Breath of the Wild, Super Mario Odyssey and Splatoon 2, and announce that all three titles are coming out within the first year of the Switch’s launch, proved once again that the company is still the best first-party publisher in the business.

Moreover, not only did all of Nintendo’s first-party games look compelling, there also seemed to be something for everyone. It’s easy to see how 1-2-Switch and Arms could become this generation’s Wii Sports, and the new Legend of Zelda looks, well, amazing. Then there was Splatoon 2, sequel to the criminally underplayed Wii U original.

Normally I wouldn’t recommend anyone buy a game console at launch, but Nintendo’s release schedule looks such that there will be at least one great title every couple of months in the first year of the Switch’s availability.

Nintendo wisely didn’t oversell future releases either, instead focusing on titles that are near the end of their development cycle. That’s something Sony has been guilty of these past few years, particularly with the reveal of titles like The Last of Us Part II or Death Stranding, which anyone outside of Sony is unlikey to get their hands on anytime in the next two to three years.

But then first-party titles have never Nintendo’s issue, which brings us to third-party support. 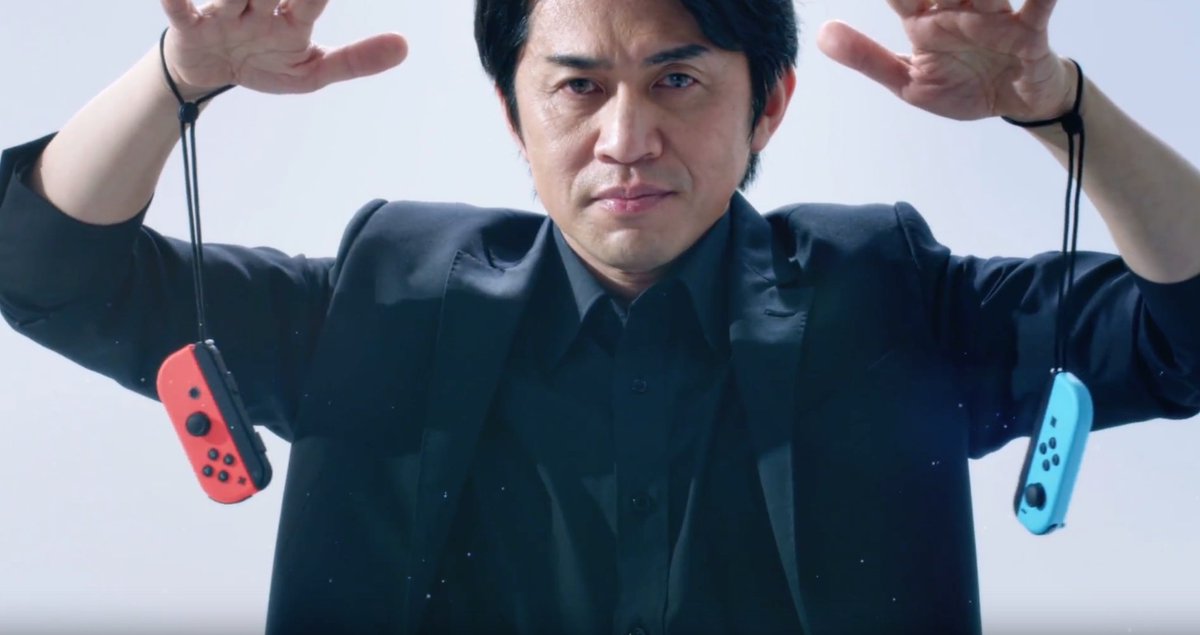 Nintendo announced last night that more than 50 third-party developers are working on over 80 games for the Switch. Still, it was hard not to feel there was a good chance history was about to repeat itself.

While the company did show off titles from other publishers like Atlus and Square Enix, the games those publishers demoed will likely have limited appeal here in the West.  It’s understandable Nintendo chose to focus on the games that it did — it was presenting the Switch to its local Japanese audience after all — but the company will have to show the Switch is not just a machine for consuming its own creations and JRPGs. 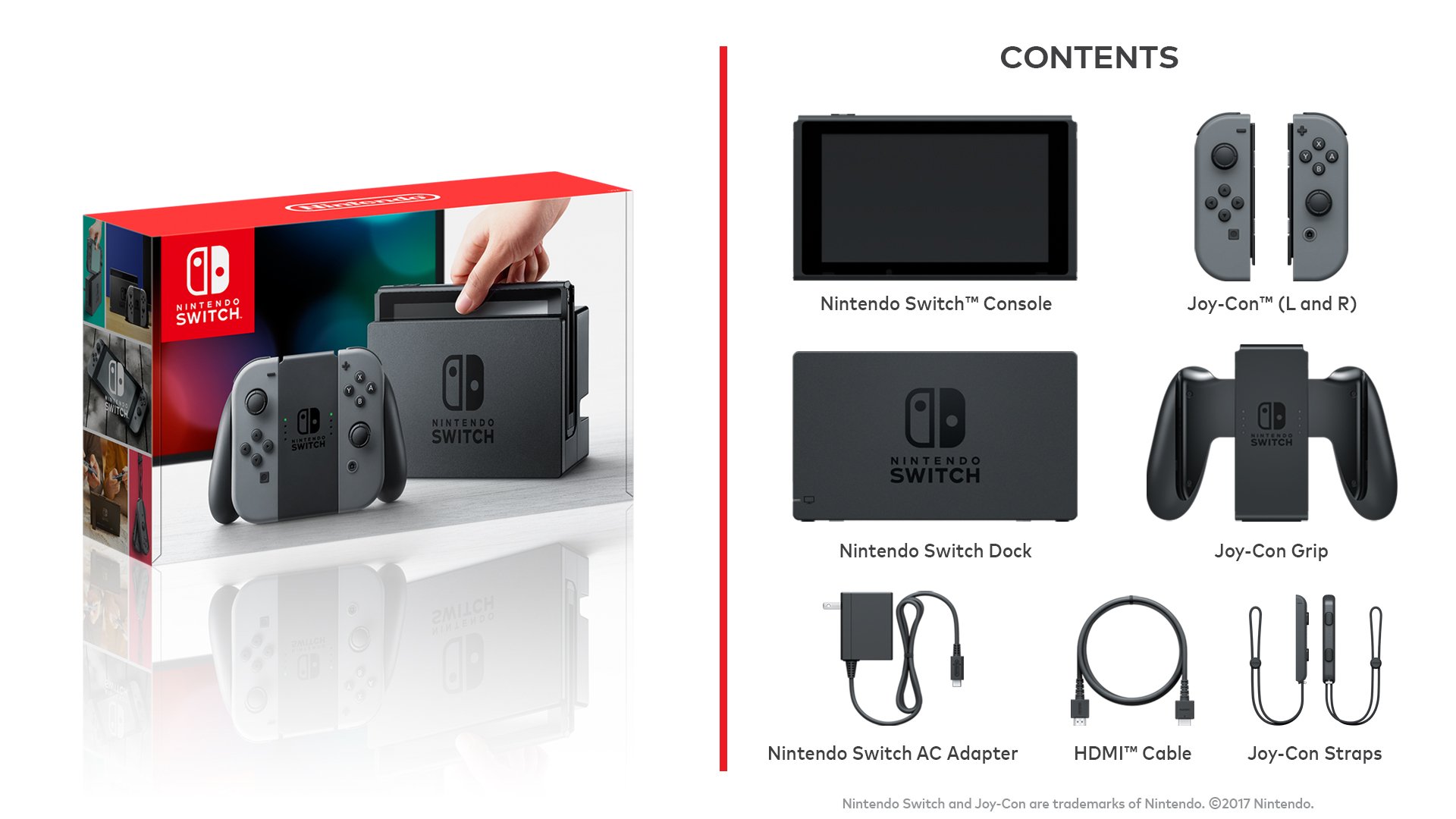 What worries me from this perspective is that the message from western publishers on Switch support has so far been all over the map.

EA, for instance, went on stage last night to announce that its FIFA series is coming to Nintendo’s new console, but earlier in the month, the company also said it had no plans to bring Mass Effect: Andromeda, the latest entry in BioWare’s popular RPG series, to the Switch. Ubisoft, meanwhile, said it has a “wide variety” of games planned for the console, even after it made the decision stop support for the Wii U partway through its life cycle.

What’s further worrisome about the Switch from a third-party perspective is the console’s unique hardware combined with its under-powered internals. 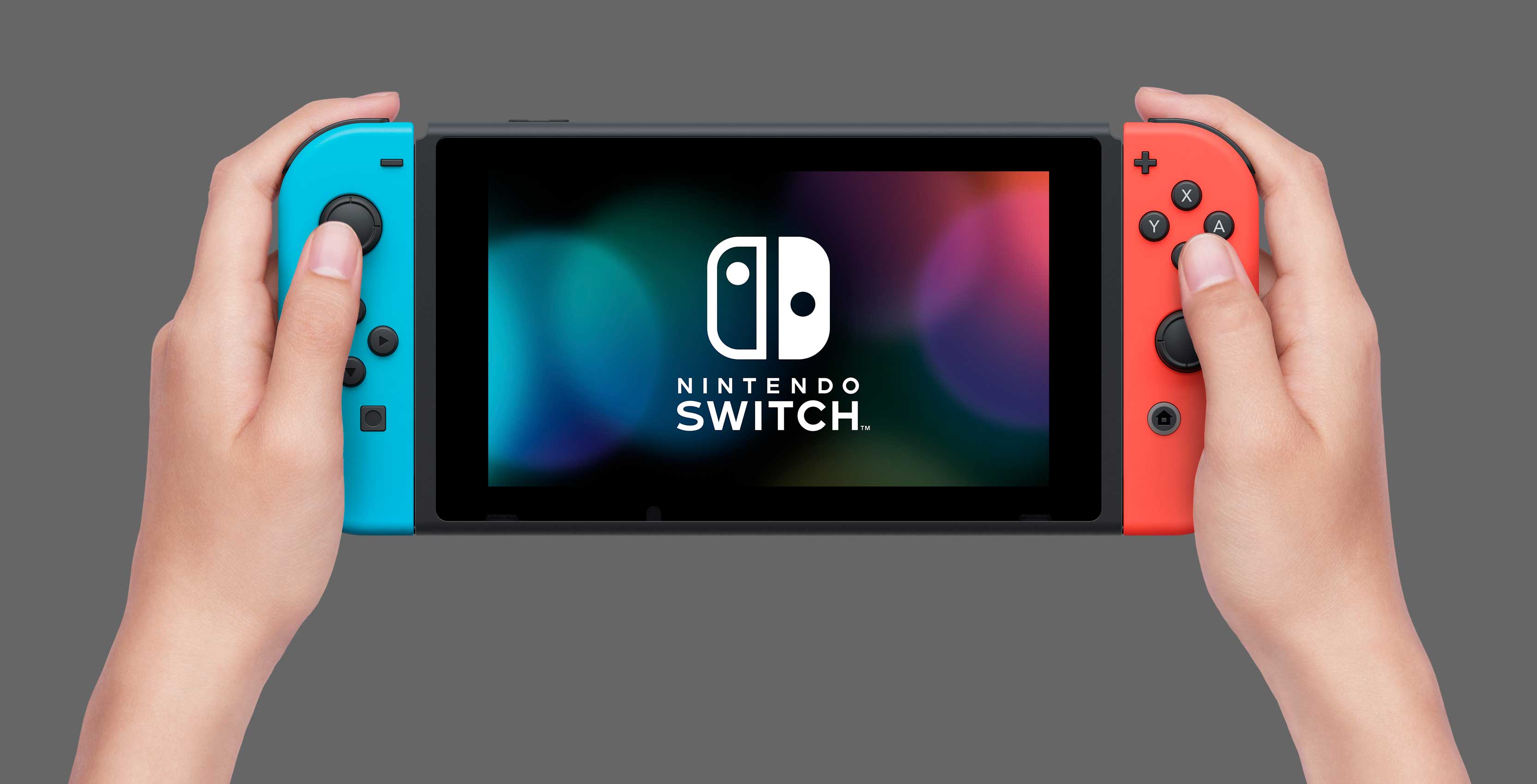 Even with how much mobile CPU and GPUs have advanced in the past several years, the Switch’s Tegra processor won’t be able to compete with the desktop class 3D cards found in the PS4 and Xbox One, likely meaning straight ports of titles from those two consoles will be at their worst on the Switch. If they have more than one console, most consumers will buy the version of a multiplatform release that looks and plays better unless portability is their main concern. That does not bode well for publishers.

Moreover, over the last several generations, Nintendo has been the only company with the financial incentive to take full advantage of the unique characteristics of its hardware. We’ve seen some great titles from other developers, but for the most part, from the GameCube onward, the best games on Nintendo’s consoles have come from the company’s internal development studios.

Third-party will need to invest significant resources and talent if they hope to create something Switch owners will want to buy. With the high cost of modern game development, most will likely decide their money is better spent developing for the PS4 and Xbox One’s combined 80 million install base. 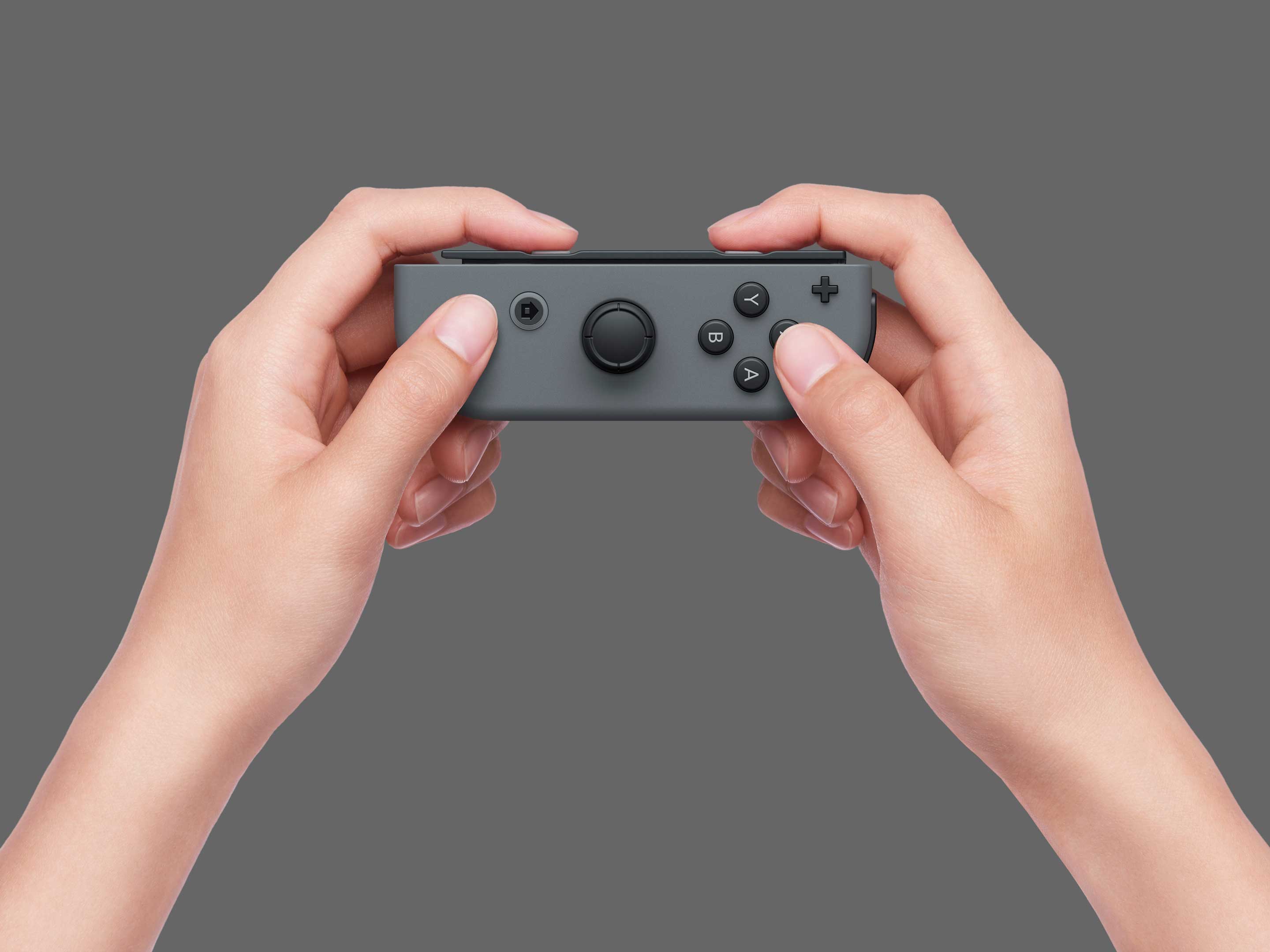 To reiterate, the Switch’s biggest challenge, in Canada anyway, will be its high price tag. Video game consoles, after all, are all about economies of scale.

On the consumer side, consoles don’t present the best gaming experience, but they’re more affordable, at least at face value, when compared to their PC counterparts, making it easier to buy a variety of games for the console in question. 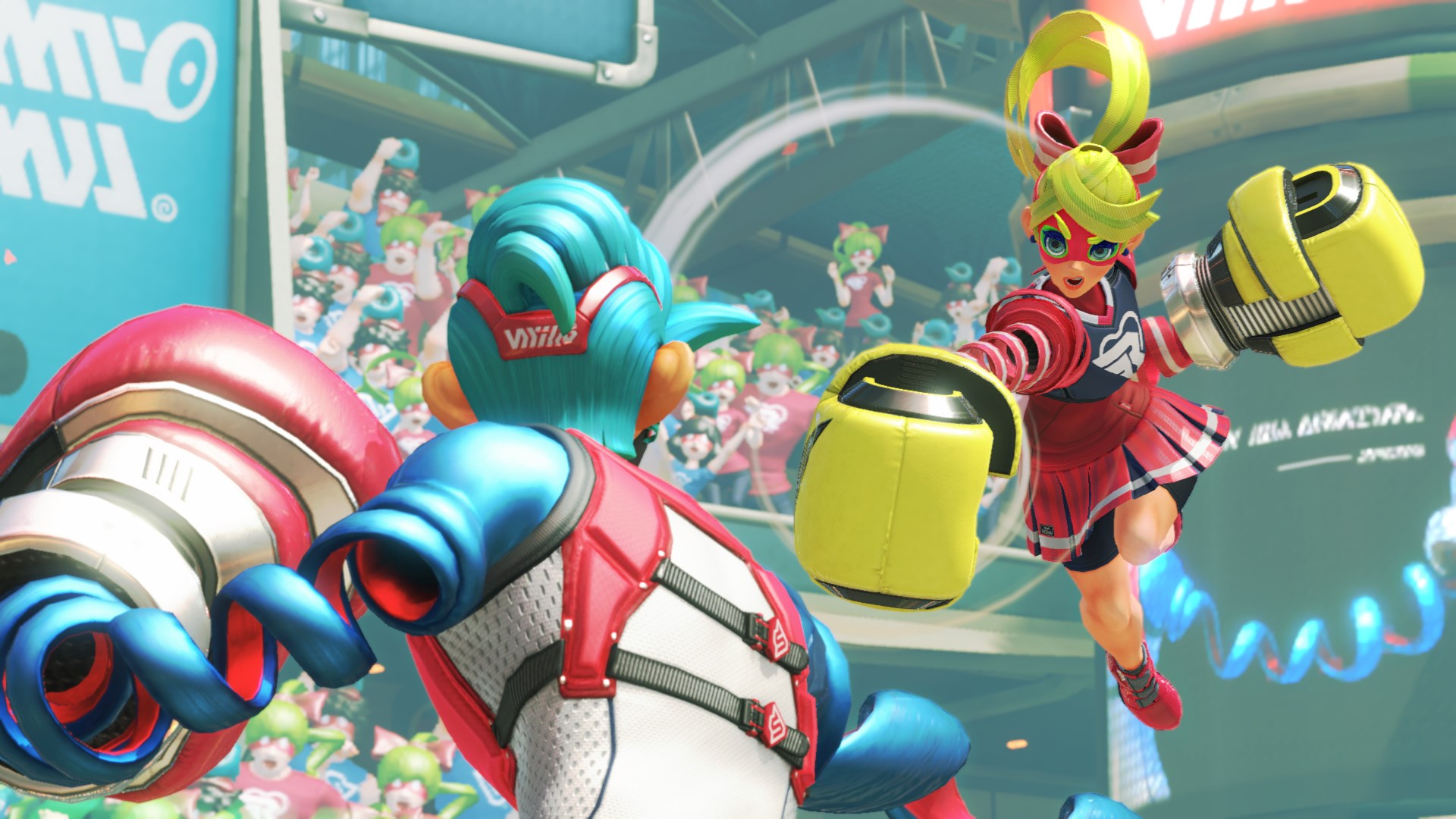 Meanwhile, on the manufacturer’s side of things, most console makers don’t make money on device sales, at least not at the start of a console’s life cycle. It’s all about hitting critical mass and making a profit on software licensing fees.

We’ll see how the Switch shapes up in the weeks and months following its March 3rd release date, but it’s easy to see with some small tweaks to its pricing strategy and with support from third-party publishers, Nintendo could have a runaway hit.