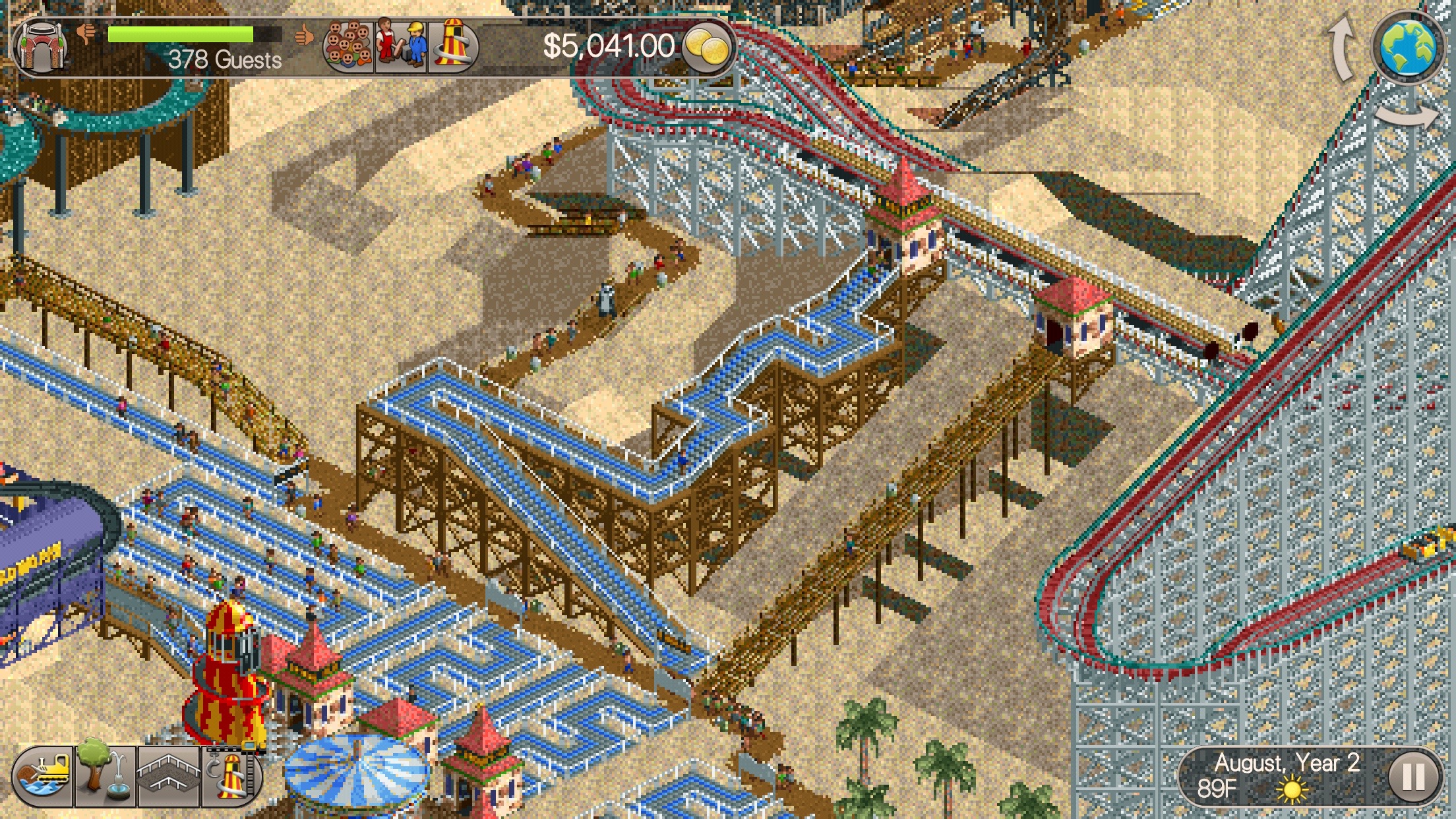 The iconic game, complete with its isometric perspective and delightfully pixelated visuals, has been ported to Android and iOS. At the outset, the RollerCoaster Tycoon is rather confusing because its mouse and keyboard-based controls don’t translate well to mobile devices. After about a half hour of experimentation, however, I slowly figured out how to navigate the game’s convoluted menu system via my iPhone 7 Plus. If you’re using a phone with a smaller display, you may run into issues using some of RollerCoaster Tycoon Classic’s smaller menus.

“As the creator of the original RollerCoaster Tycoon PC games many years ago, I have seen how much excitement and entertainment they have brought to players all over the world,” said Sawyer in a press release. “It was my long-term ambition to bring the classic game to modern touch screen devices as its visual style and tactile nature are so well suited to smartphones and tablets.” 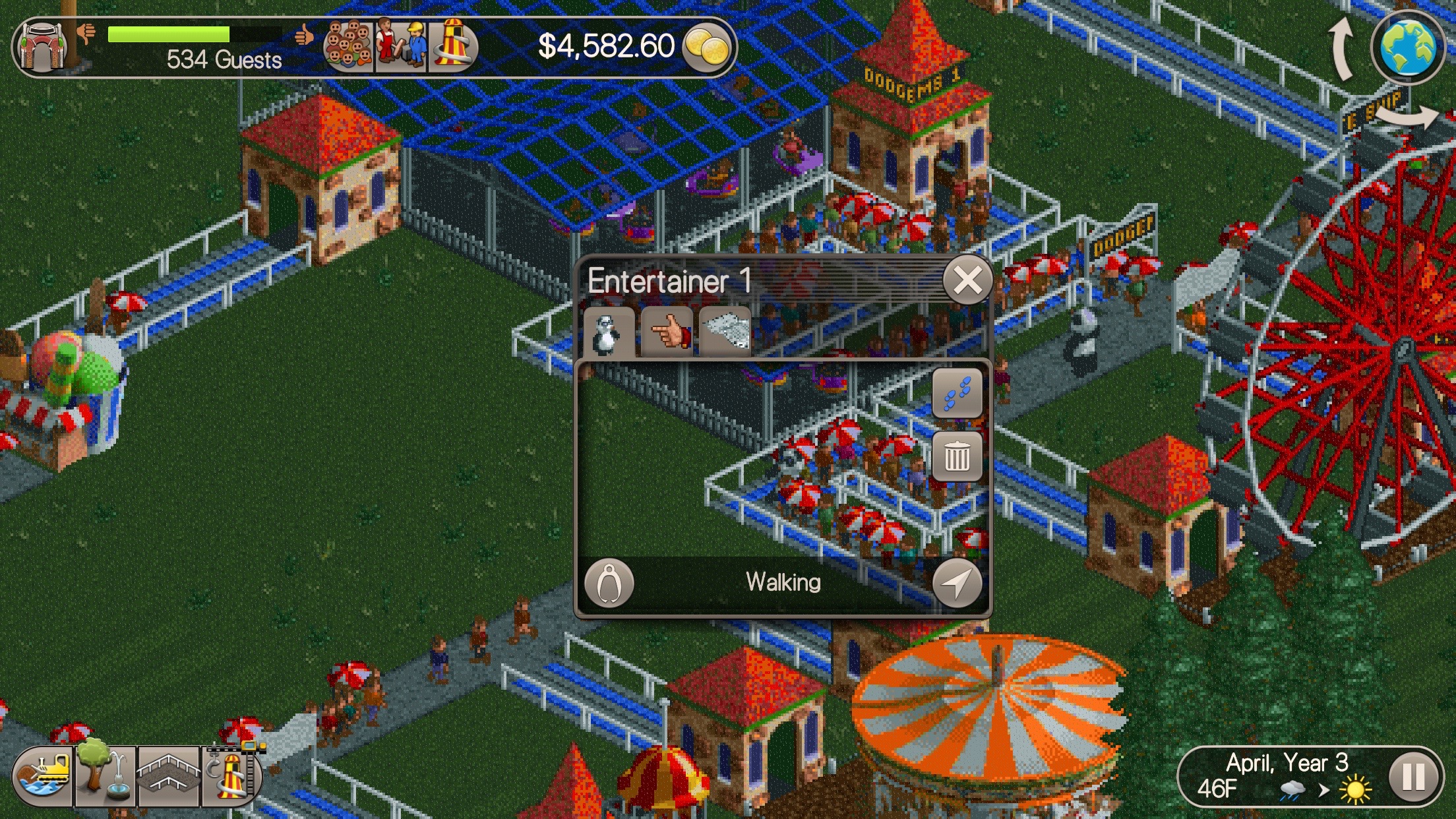 The other, more interesting microtransaction is Toolkit, which is priced at $8.49. This addition expands RollerCoaster Tycoon Classic’s features, bringing the game more in-line with the cult classic PC title. It allows players to create their own scenarios, design coasters to be used in different scenarios and lets you share park designs with other players. You can even import save files from the original RollerCoaster Tycoon on PC, if you happen to still have those laying around on a dusty, ancient, early aughts hard drive. 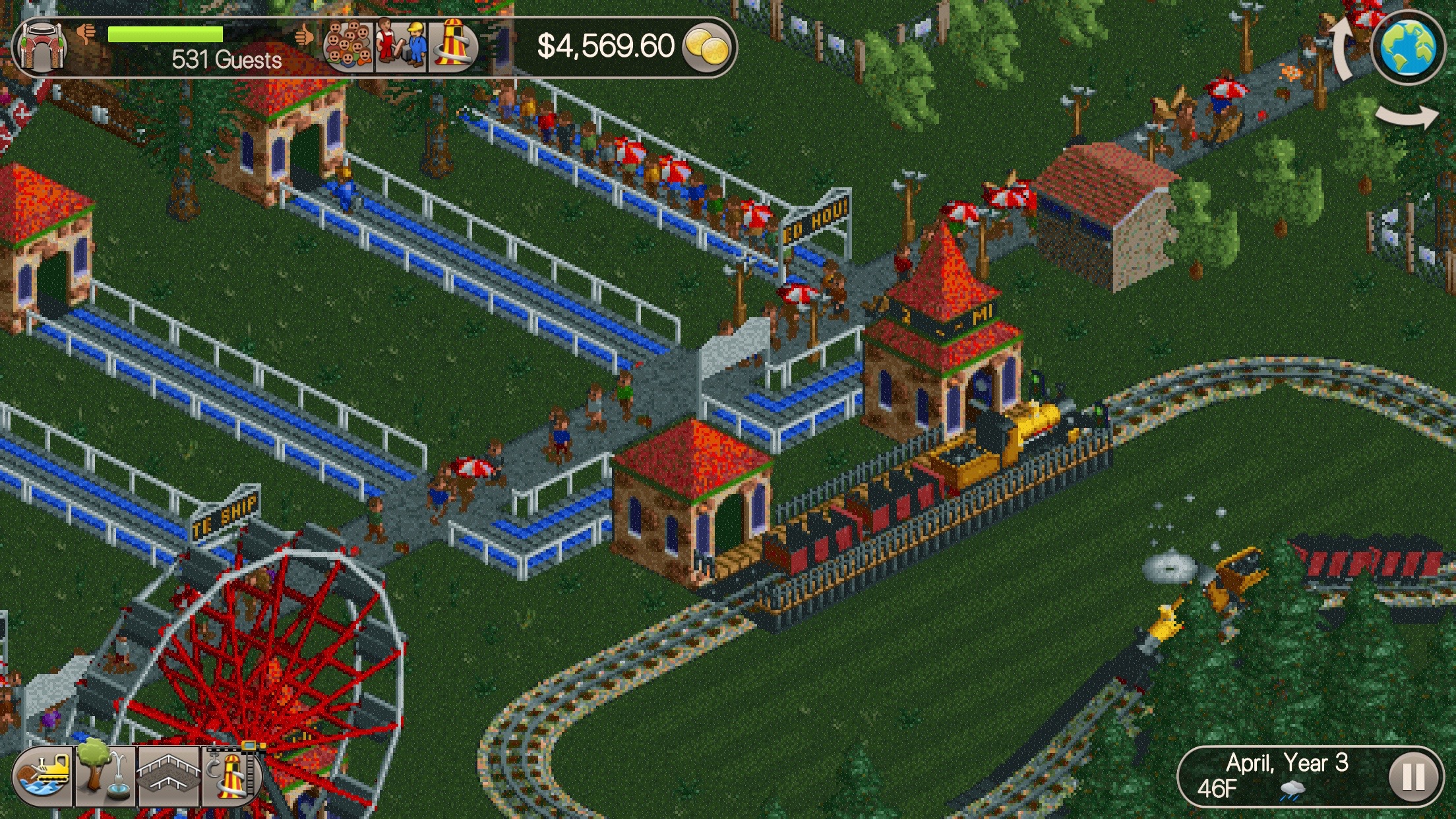 Of note, however, it seems impossible to build rides that can cause the accidental death of park attendees, at least in the standard scenario mode featured in RollerCoaster Tycoon Classic. I’ve yet to try out the game’s various expansions, including Toolkit, so perhaps you can still build that death coaster of your dreams.

RollerCoaster Tycoon Classic is available for $8.49 in the App Store and $7.49 in the Google Play Store.