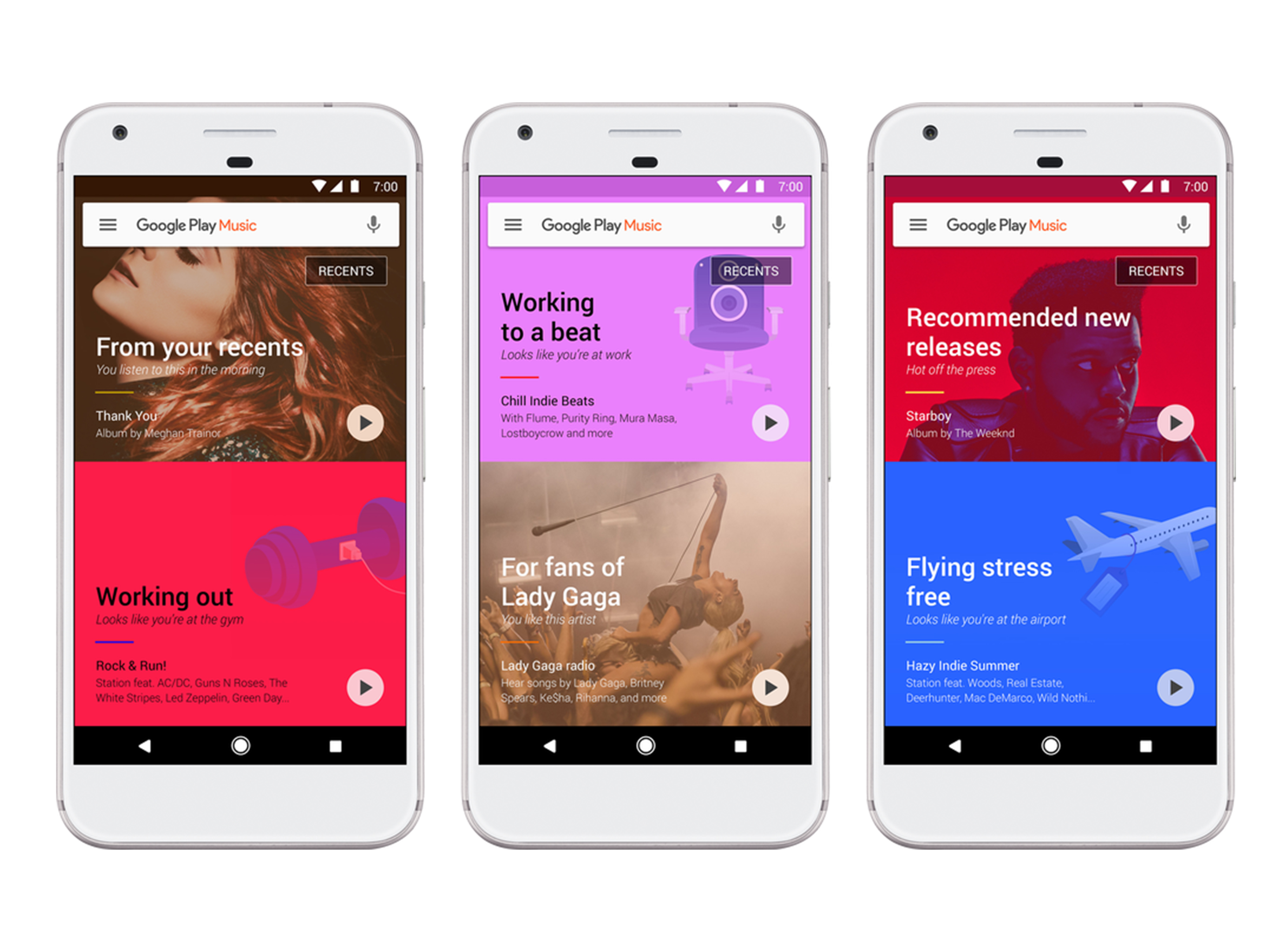 It’s long overdue at this point, but Google is finally giving its music streaming app a makeover. The search giant has announced it is now rolling out an updated version of Google Play Music in all 62 countries where the platform is available, which is to say Canadians will be able to check out the new app sometime this week.

Besides featuring a fresh new design, the app is the latest Google service to take advantage of the company’s work in machine learning.

Each time the user launches the app, Google Play Music will populate the home screen with new playlists relevant to their music interests and what they’re currently doing.

“When you opt in, we’ll deliver personalized music based on where you are and why you are listening — relaxing at home, powering through at work, commuting, flying, exploring new cities, heading out on the town, and everything in between,” says Elias Roman, lead product manager for Google Play Music. “Your workout music is front and center as you walk into the gym, a sunset soundtrack appears just as the sky goes pink, and tunes for focusing turn up at the library.”

In launching this new playlist-focused version of Google Play Music, Google is playing catch-up to Spotify. Since launch, the latter’s Discover Weekly and Just For You playlists have become a major hit, and while they do have a machine learning component to them, Spotify has said multiple times that it is its human music experts that help make them special. It will be interesting to see if Google can do the same with just algorithms.

Google Play Music is available on Android, iOS and desktop.