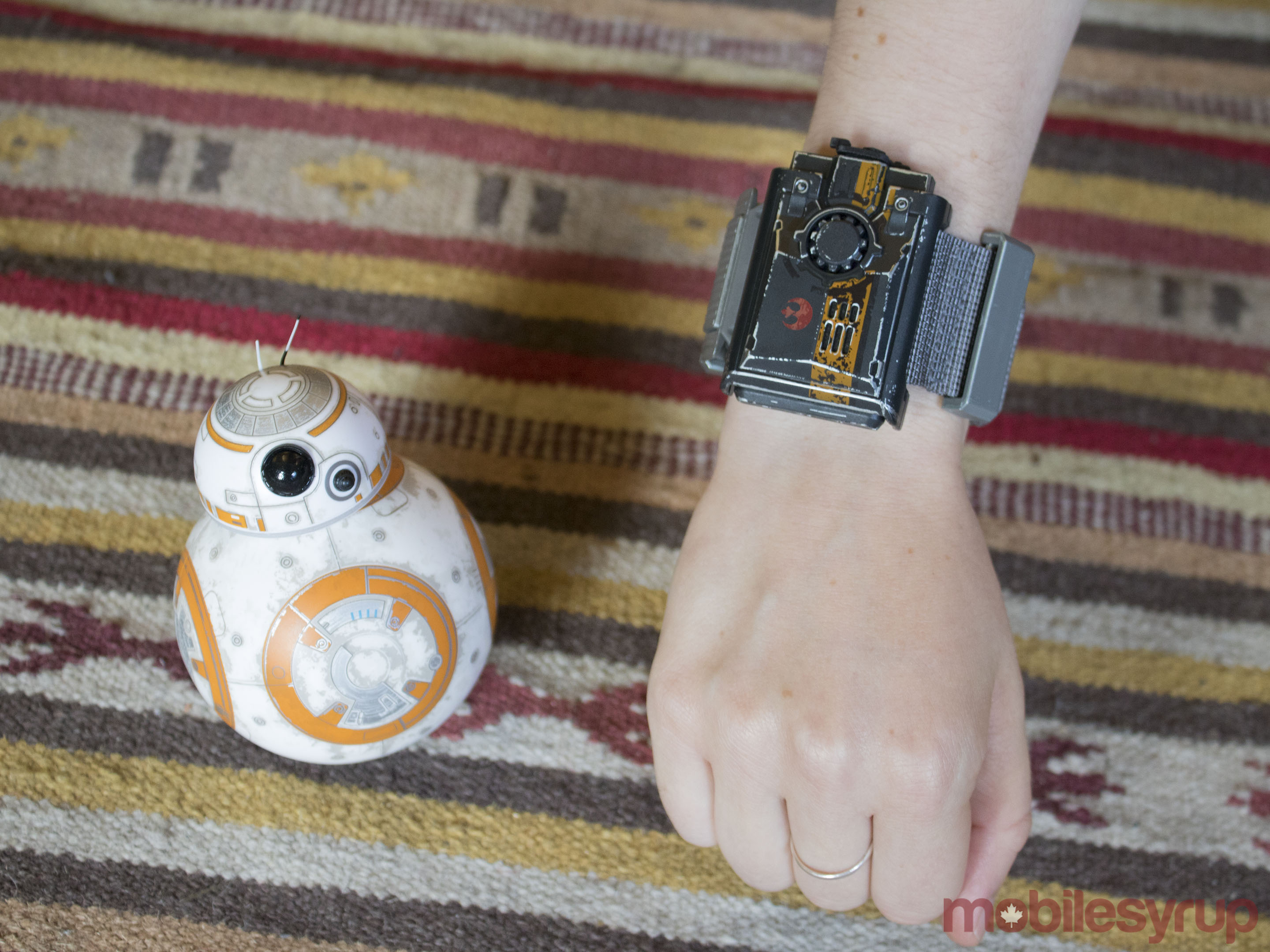 The new special edition droid has an intentionally worn appearance, while the band allows users to control “The Force” in order to push BB-8 forward, pull it backwards and spin its blue light directional with a twist of the wrist.

The band also introduces a new Force Awareness mode where the wearable vibrates every few minutes to alert the wearer of digital ‘Holocrons’ that they can catch by waving their arm in the air — an activity somewhat reminiscent of Pokemon Go.

The droid and band together are available for $249.99 CAD from Best Buy Canada (both in-store and online), while the band alone is available for $99.99.

The original Sphero BB-8 droid was debuted in October 2015.