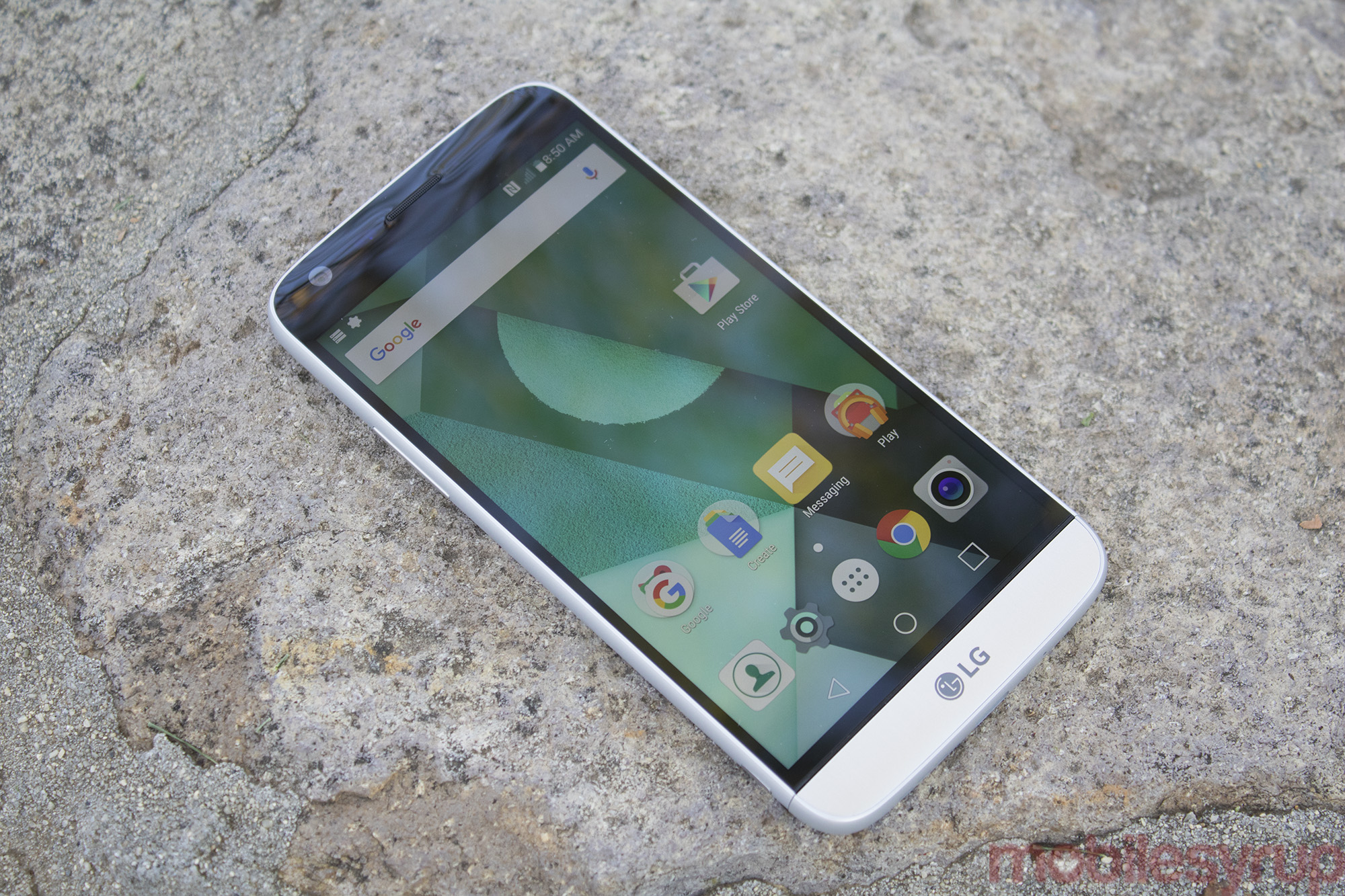 The LG G5 will be available in Canada on April 8th.

While most Canadian carriers plan to go live with pre-orders on March 31st, Rogers and Fido have already started to take reservations. Now Best Buy Canada is doing the same.

According to the company’s latest flyer (seen below), Best Buy will begin taking LG G5 pre-orders today from customers who intend to start or extend their contract at Bell, Telus or Rogers. The company is offering a free LG Cam Plus accessory with each pre-order.

The flyer doesn’t mention the exact cost of the G5, but for the time being reserving the smartphone only requires a $50 refundable deposit. We previously reported the G5 will cost $299.99 on a two-year term and $799.99 outright. 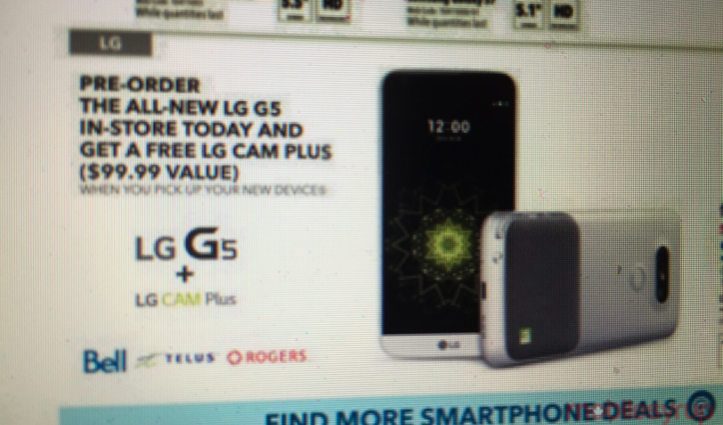 The LTE-enabled LG G5 features a modular design that gives users the option to slide out the phone’s battery and attach additional accessories such as the Cam Plus.

The G5 will be available in silver and “Titan” colour options, and will be sold at Bell, Eastlink, Fido, MTS, Rogers, SaskTel, TELUS, Videotron and Wind Mobile, in addition to the aforementioned Best Buy.