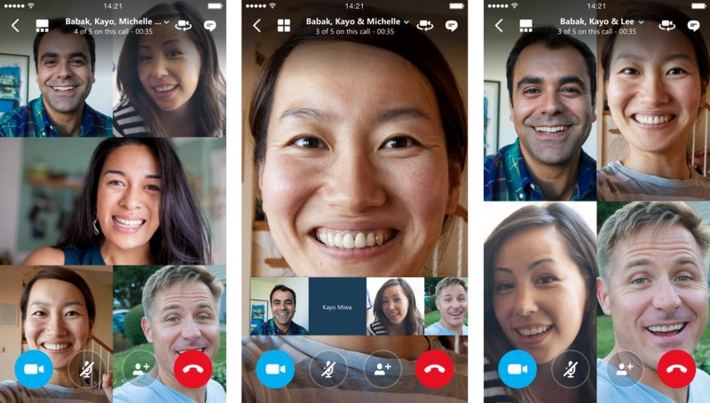 In January, Skype said it planned to add group video calling, a feature that’s been available on its desktop client for several years, to its suite of mobile apps.

The Microsoft-owned company today announced it’s rolling out group video calling to iOS and Android users in Western Europe and North America. The feature allows up to 25 participants to take part in a single 1080p video chat. Group chats are also available to non-Skype users who receive a unique link, inviting them to join a conversation, from a friend or family member who has an account with the service.

Skype notes that group video calling features a flexible interface that shows all participants in either a grid view, where everyone involved is organized into group of tiles, or an alternative focus view where one person occupies the entirety of the screen.