Earlier this week we wrote about the OnePlus One update to Cyanogen OS that, among other things, added Cortana to the operating system. While Microsoft’s Cortana information page mentions further Microsoft/Cyanogen partnerships are coming in the future, the extent of the collaboration is still unknown. 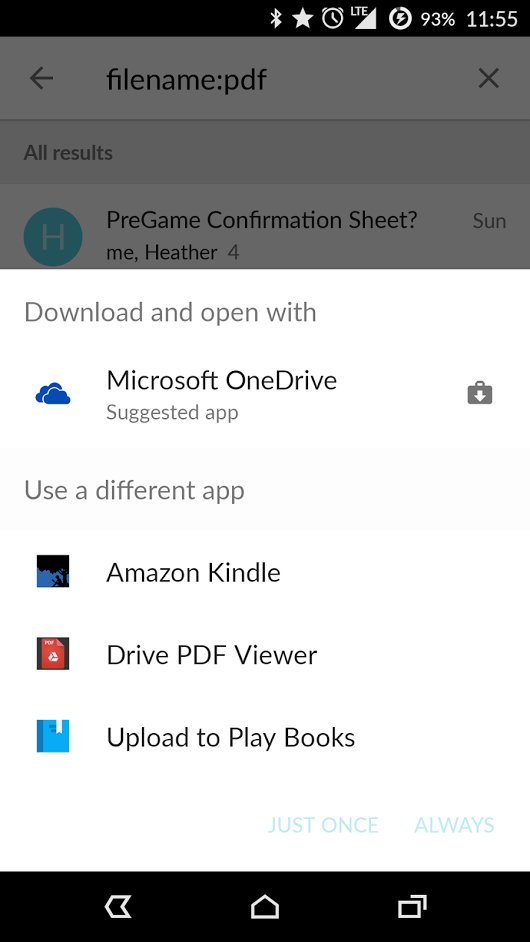 Since delving into the new update, users have run into odd and unwanted behaviour with Cyanogen OS, specifically related to the “open with” dialog. When attempting to open a PDF file, the option to download and install Microsoft OneDrive is presented at the top of the “Open With” list as a Suggested App. This still occurs even if Cortana is disabled and no other Microsoft apps are installed.

Perhaps this issue is just the result of an overzealous Microsoft engineer, but it certainly seems questionable given its placement and the resemblance to advertising OneDrive when presented in that context. So far, this is the only instance discovered so far of a suggested app in Cyanogen OS, but it certainly seems troubling. Given the partnership between Microsoft and Cyanogen, this may just be a sign of things to come for Cyanogen OS.