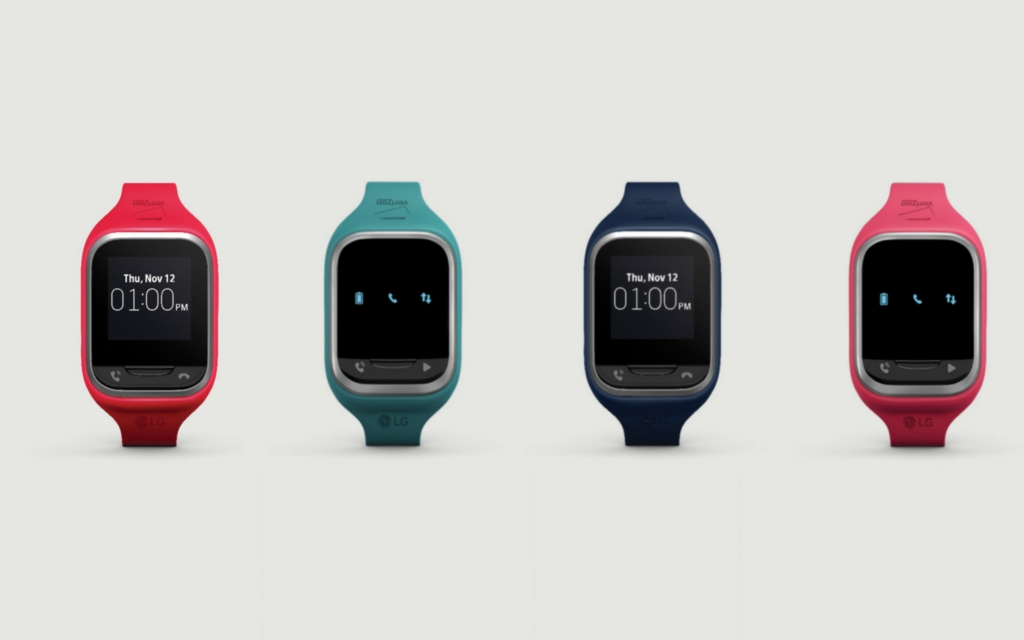 The second-generation GizmoPal 2 is the colourful successor to last year’s GizmoPal, and comes in pink as well as light blue. The wearable features LED status lights that flash indicating the wearer has received a call or message, but similar to its predecessor, doesn’t feature a screen.

Both wearables’ most interesting features come into play on the parenting side of things. Since the GizmoGadget and GizmoPal 2 feature built-in GPS, parents are able to track their child’s location in real time, as well as set up GPS boundaries.

The GizmoPal 2 and GizmoGadget run on a stripped down proprietary operating system, which means LG has been able to design the children’s wearables to feature no games, social networking or other distracting features.

It’s highly unlikely the GizmoPal 2 and GizmoGadget will come to Canada since the wearable is exclusive to Verizon in the United States, but we’ve reached out to LG for confirmation. The GizmoPal 2 is set to sell for US$79.99 and the GizmoGadget is priced at US$149.99. Both devices require a $5-a-month service plan.