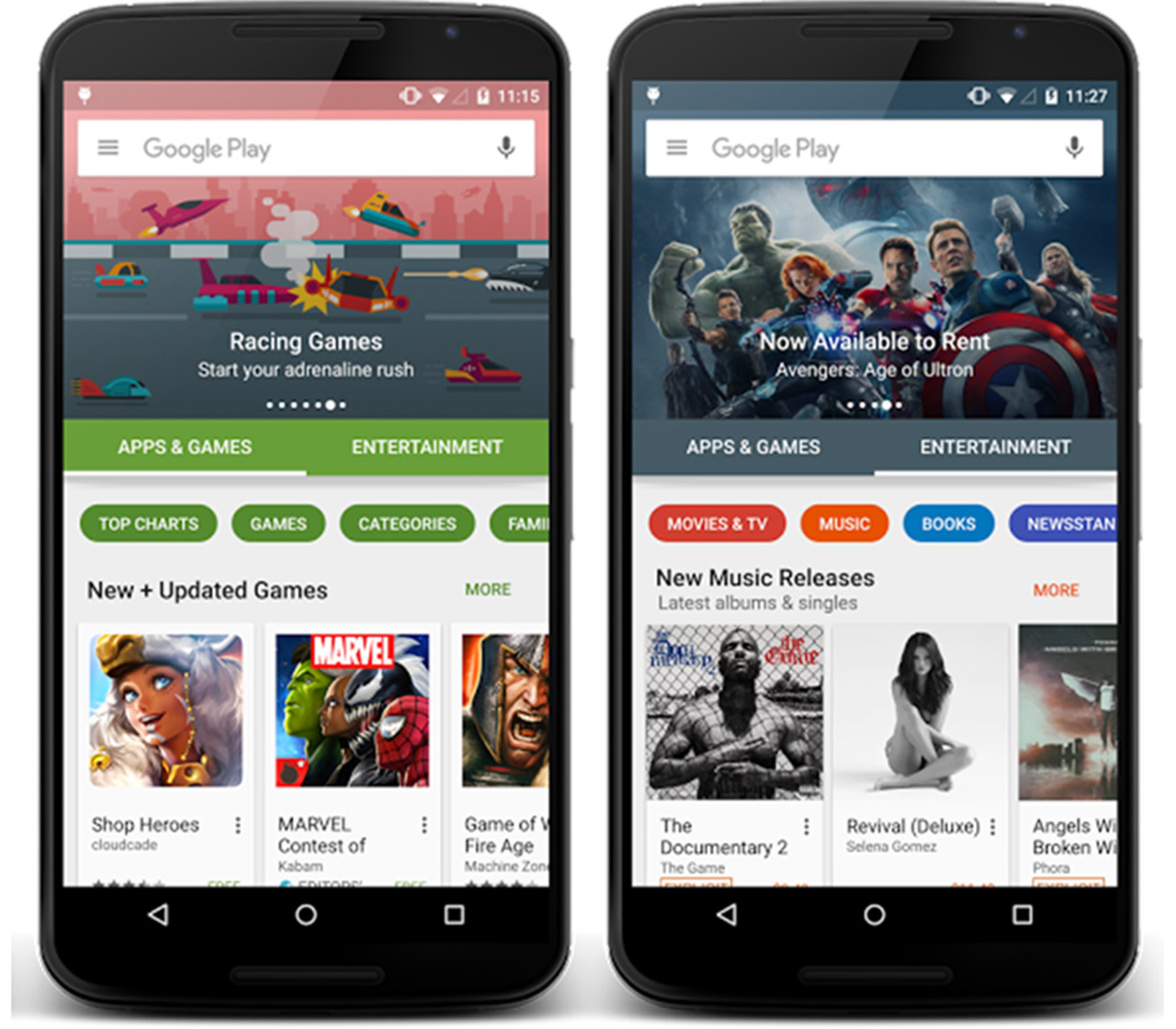 Since launch, the Google Play Store’s user interface (UI) has always been slightly cumbersome to navigate through, especially when it comes to creating a clear division between the type of content featured in the store.

It seems Google is aware of this problem and is preparing to launch a full revamp of the Play Store’s layout, complete with two main “App & Games,” as well as “Entertainment” sections, although nothing official has been announced yet. Soon, when users navigate to the main Play Store, they’ll be greeted with two tabs – one for Apps & Games and the other focused on Entertainment (mostly of the video variety). While it’s not completely clear yet, it looks like users be able to swipe between both sections of Google mobile marketplace with relative ease

Each main category in the store will also feature features subcategories, making it easier to locate specific content, and also in the process bringing the Android Play Store more in line with the layout featured in Apple’s App Store, which arguably has always featured a more intuitive layout when compared to its Android counterpart.

Subcategories include: Top Charts, Games, Categories and Family. The subcategories present in the entertainment side of the new layout are reserved for Movies & TV, Books and the Play Store’s Newsstand. Below each subcategory are Google-curated app recommendations and various other shortcuts, two UI features also reminiscent of the iOS App Store.

Images of the Google Play Store’s upcoming revamp were posted on Google+ by Kirill Grouchnikov, one of Google’s top Android user interface engineers.

It’s unclear when the Google Play Store’s redesign will officially launch, but if the company is comfortable allowing one of its engineers to post the new UI on his personal Google+ account, we’ll likely see an official announcement soon.