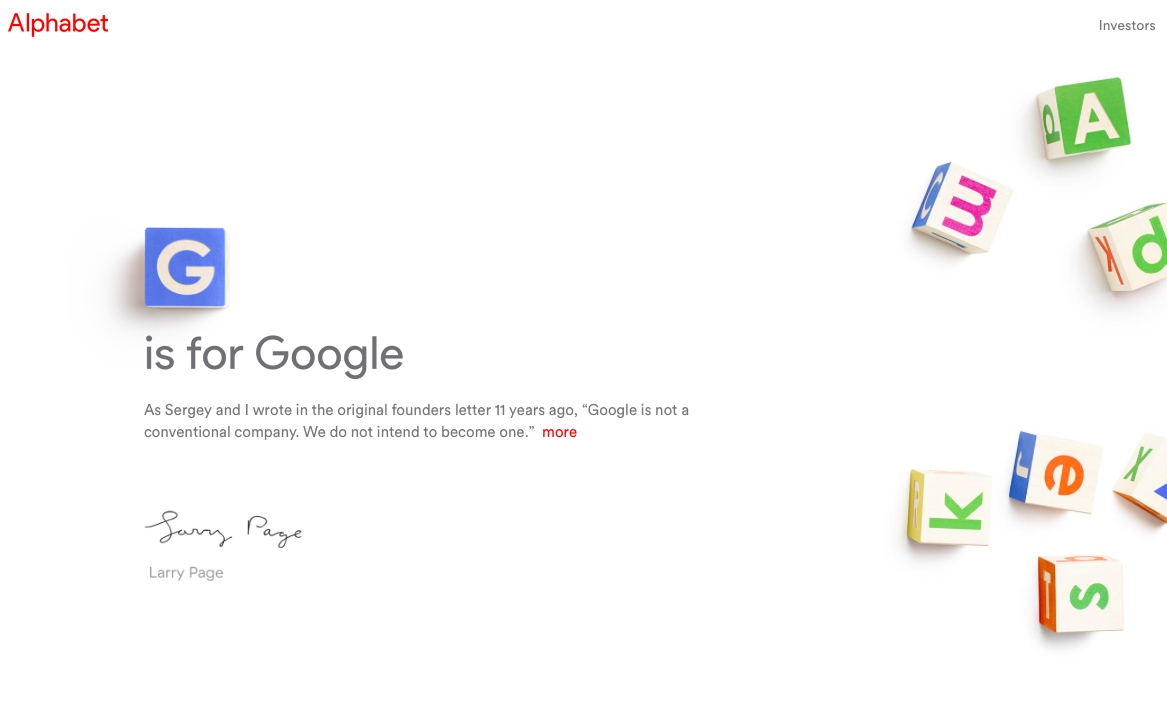 Google just added a new domain to its collection of more than 18,000, and it’s exactly 26 letters long. Yes, Google is now the proud owner of abcdefghijklmnopqrstuvwxyz.com, according to Whois records.

On a humorous note, Google acquired the domain from a man who has had it registered since 1999, presumably because he anticipated a pay day down the road. Terms of the deal were not disclosed, though it’s fair to assume he got paid, generously.

It’s not clear what Google and company plan to do with the domain, but a good guess is that it will redirect to abc.xyz, the homepage dedicated to Google’s parent company.

In related news, last week someone managed to purchase Google.com for a mere $12 before the transaction was reversed.