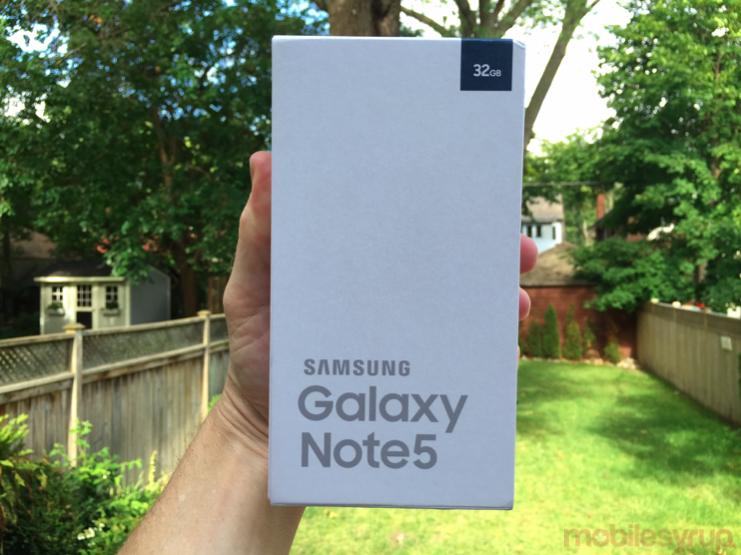 Update: This contest is now closed and the winner of the Galaxy Note 5 is long time reader “It’s Me.” We will have more contests coming up in the next few weeks so stay tuned on our dedicated page here.

Running Android 5.1 Lollipop with TouchWiz, the Note 5 has a 5.7-inch Quad HD Super AMOLED display, an Exynos 7420 octa-core processor, 4GB RAM, a 16MP rear camera with an F1.9 lens and OIS (optical image stabilization), a 5MP front-facing camera, a 3,000 mAh battery with Fast Charging, and number of software improvements that make the overall experience a positive one.

Interested in winning the Galaxy Note 5? If yes, we have a Bell version up for grabs! The Bell version of the Note 5 can take advantage of even faster data speeds fr0m the carrier’s newly-launched tri-band LTE Advanced network, capable of speeds up to 290Mbps. (Read more about that here.)

If you’re into the possibility winning this gem, then all you have to do is make sure to follow us on Twitter, Facebook, or Google+, or leave a comment below by telling us know what was the most important thing you’ve ever written with a pen.