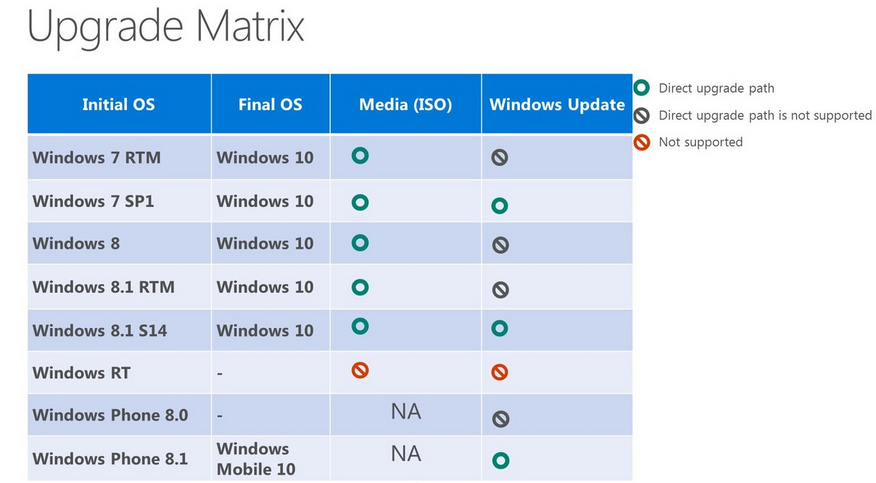 With the first generation Surface came the launch of Windows RT, a version of Windows 8 for tablets based on 32-bit ARM architecture. One of the key differences between Windows RT and Windows 8 (aside from the fact that it wasn’t compatible with existing Windows apps) was that you couldn’t update to RT. You had to buy it. Similarly, it looks like you won’t be able to upgrade from RT, either.

Following reports that Microsoft is no longer producing the Windows RT-powered Surface comes word that Windows RT users won’t be getting any of that sweet Windows 10 action when the update becomes available later this summer.

Back in January, Microsoft said it was working on an update for the Surface RT and Surface 2 (also a Windows RT device) that would offer limited Windows 10 functionality. It’s possible that hasn’t changed. No doubt Microsoft will offer Windows RT users something, but if you were holding your breadth for Windows 10 RT or similar, it’s time to move on.