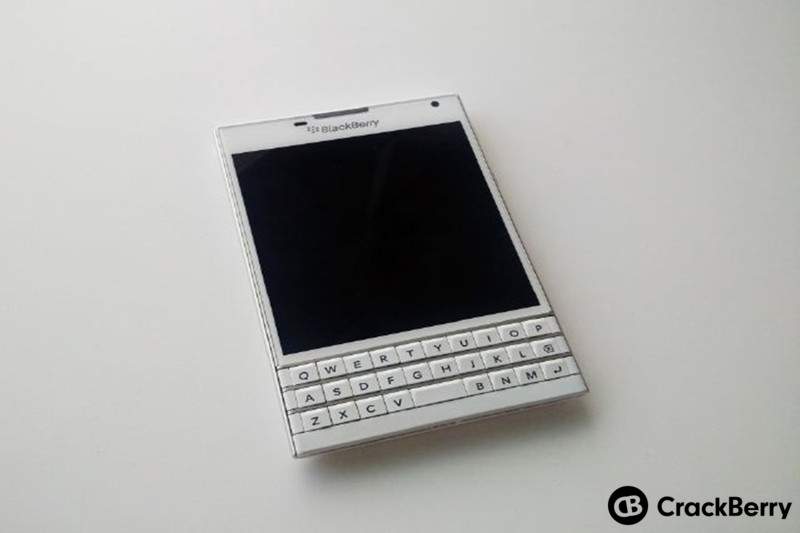 BlackBerry’s upcoming three-row QWERTY/Touch Passport has been receiving a fair amount of attention over the last couple of weeks. The company claims that the BB10 device ‘reinvents the mobile keyboard,’ as the the physical keyboard also doubles as a trackpad for various actions. The Passport is currently scheduled to hit the market in September, but for now there is no word on an official release date, nor price or carrier partners.

When CEO John Chen unveiled the unique, square-looking device he mentioned that it would be available in both black and white. Though BlackBerry hasn’t been shy about showing off the phone, we haven’t seen the white model at all. All six of the blog posts that BlackBerry has published about this device over the last week and a half have featured photos of only the black model. That hasn’t changed but CrackBerry today revealed exactly what we can expect once BlackBerry does finally unveil the white model.

Update: BlackBerry has written another post on its company blog, this time confirming the leaked Passport in White. According to Brian Paschke and Joseph Hofer, designers of the Passport, they note that “this exact shade of white” is custom to BlackBerry and “the rear cover uses a ‘porcelain feel’ coating that is smooth to the touch.” 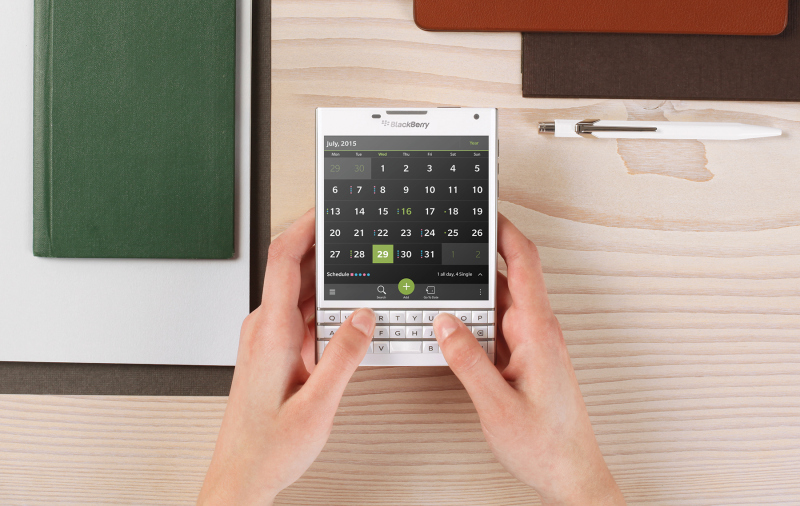