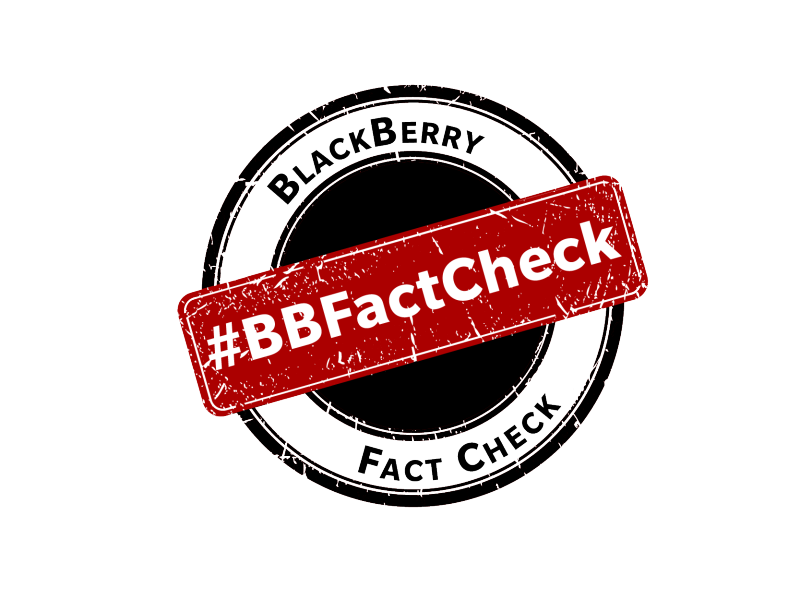 BlackBerry is known within the wireless industry for its iconic QWERTY keyboard and its device encryption and security. The company is back on track and firmly heading down the path of services marketed towards the enterprise market.

The industry is currently in a heated battle to provide customers with ‘NSA-proof’ security. Apple’s iOS and Google’s Android have both claimed its products are superior, but today BlackBerry has launched a campaign to bust all the myths and speak the truth.

On a blog post, BlackBerry noted that “there have been many vocal voices from competitors trying to incite fear, uncertainty and doubt about BlackBerry.” All this “noise” has resulted in a cluttered and confused customer and BlackBerry has decided to “fight back.”

What has been created is something called the “BlackBerry Fact Check Portal,” which is dedicated site that BlackBerry will out its competitors when what they say is wrong, and expose the “smoke and mirrors marketing tactics.” This is not just about security, but the industry overall. Mark Wilson, Senior Vice President of Marketing for BlackBerry, also noted that the BlackBerry Fact Check Portal is not just for employees at BlackBerry, but it’s a “two-way platform” for BlackBerry users to be involved where they can inform the masses about “a work of fiction from one of our competitors.”

The next BlackBerry smartphone might be called the “BlackBerry Leap”