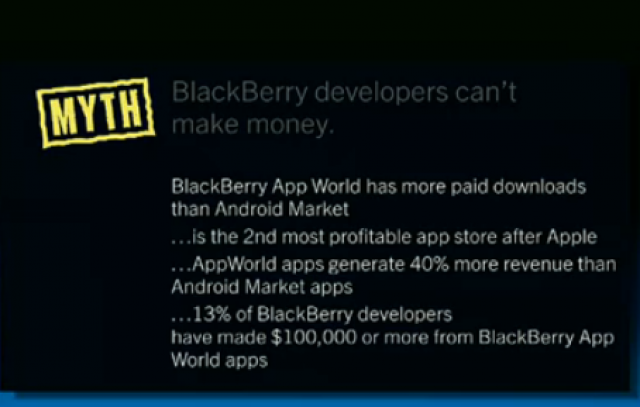 Alec Saunders, VP of Developer Relations, took the stage at BlackBerry DevCon Europe this morning to declare some stats and set the record straight on some myths, kinda rubbing it in to the doubters:

Myth #1: The BlackBerry Market is shrinking
Myth busted: There are 75 million BlackBerry users around the world, up 20 million from last year

Here’s another cool stat that came out of the presentation today, especially since the PlayBook 2.0 is going to be available this month: 90% of BlackBerry PlayBook owners upgrade to the latest OS within one month of it being made available.

All of these are impressive, yet very shocking numbers above. Showing these stats will help RIM rebuilt their credibility in the market. Now we just need the PlayBook 2.0 OS and the new BlackBerry 10 devices to launch.

Does this give you fresh perspective on RIM? 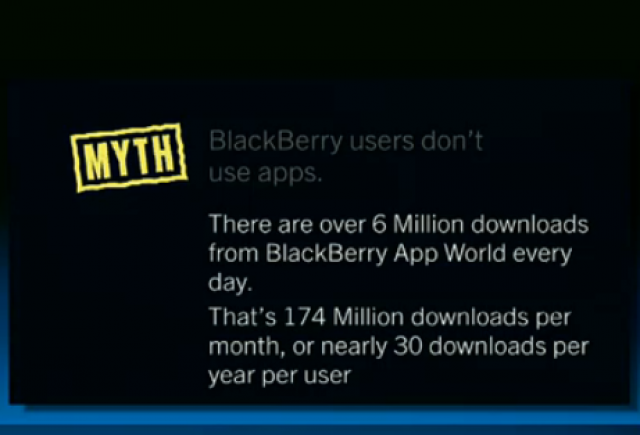 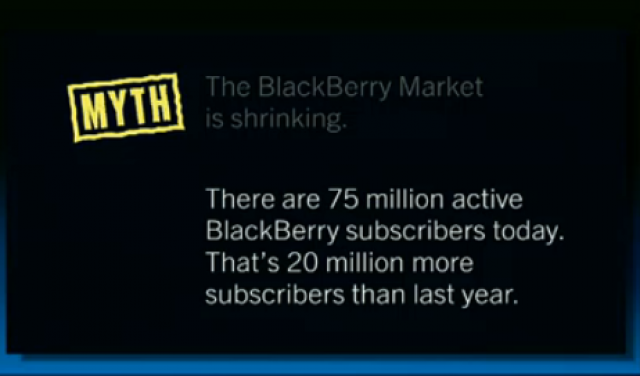 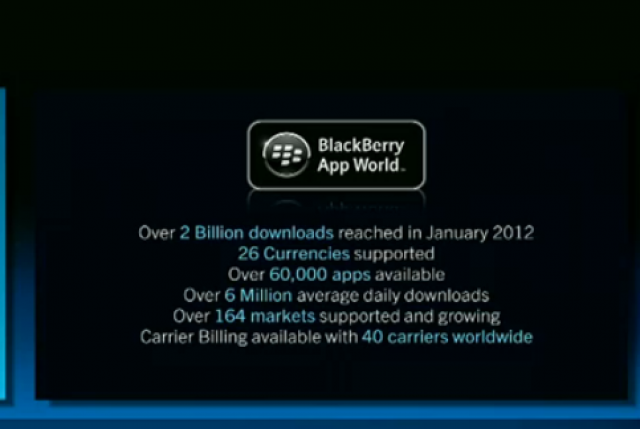