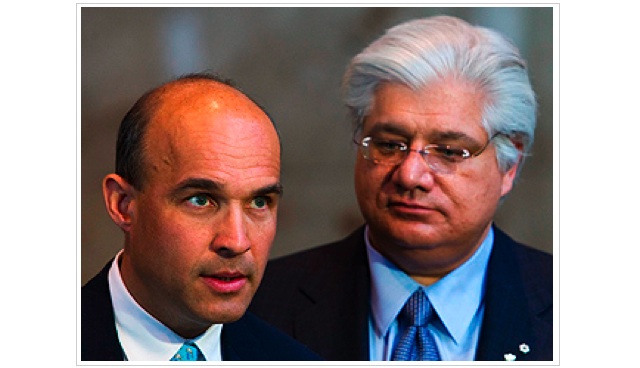 In March RIM co-CEOs were ranked by Forbes as two of the “World’s Billionaire’s”, in total there were 1,210 billionaire’s. Mike Lazaridis came in at #651 with $1.9 billion and Jim Balsillie took spot number 692 with $1.8 billion. However, the RIM stock has dropped from $60 in March to below $30 today and according to Forbes this, along with huge charitable donations, knocked them out of the billionaire club.

Forbes notes on their blog that “The net worths of the Ontario firm’s high profile cofounders Mike Lazaridis and Jim Balsillie, both of whom get almost entirely all of their wealth from RIM stock, have sunk… These days they appear to be worth in the neighborhood of $800 million or so… Even with all the company’s recent woes, they would still likely be billionaires today if not for their notable generosity.”

Even though it must be hard to loose millions of dollars in a matter of days and months, I’m pretty sure both Lazaridis and Balsillie are thrilled with their charitable donations to help fund Canadian innovation.