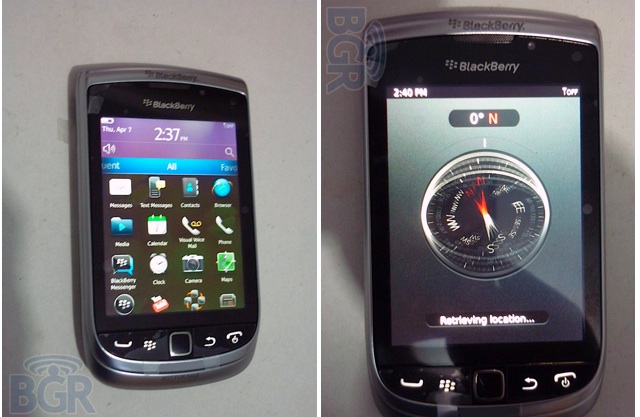 Following up from the leak from yesterday of RIM’s upcoming BlackBerry Bold Touch are images of the next generation of the Torch. BGR has had some hands on time with the Torch 2 and taking a look at the pics shows it with the same overall design, but the dimensions are “pretty massive” and this is “what the original Torch should have been”. Again, this is expected to be officially announced at the upcoming BlackBerry World in May but the specs revealed it be running BlackBerry OS 6.1, 3.2 inch touchscreen with a resolution of 640 x 480 and a 1.2GHz processor. If it’s like the other upcoming devices it’ll also have NFC capabilities and a 5 megapixel camera with HD video recording.