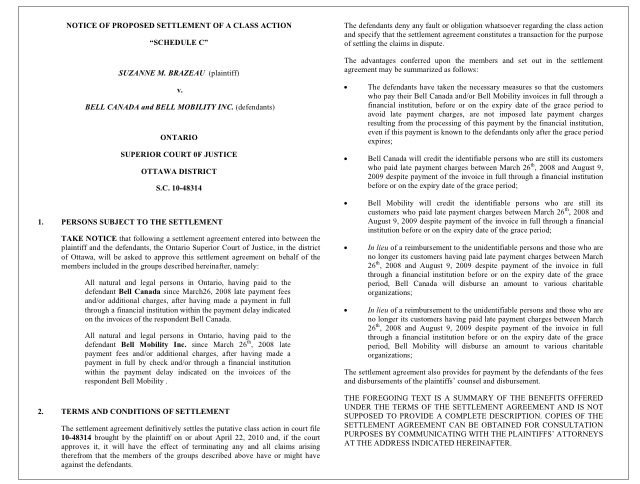 Back in April Bell settled a Quebec Class Action lawsuit out of court for customers who paid their account through a financial institution on time but were being charged for late fees. The result was Bell crediting customers who were wrongly charged. Today it was announced that the a similar Class Action case was settled again out of court in Ontario (official hearing is taking place in Ottawa on October 28th, 2010). The same terms and conditions apply. So if you were with Bell (for any Bell service not just Mobility) between March 26th, 2008 and August 9, 2009 and were wrongly charged late payment fees they’ll credit the amount back to you.

You can read the entire documentation here at BGA Law (PDF)