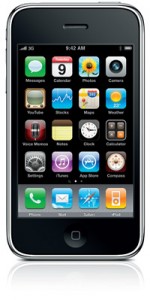 Yesterday SaskTel President and CEO Robert Watson was quoted stating that “We’re building the 3G network right now. It will be up and running for July 1st (with) completion by the end of this year… The good news is that (Apple) is coming out with a new version of the iPhone in the June time-frame and they’re going to put us on that. So we’re quite excited about that.”

I guess a day passed and possibly the hammer dropped as well. SaskTel issued a release that basically backtracks everything to a “coming soon”. The release reads that their network “is expected to be available mid-2010. Full coverage, similar to today’s digital cellular coverage, is anticipated to be available by the end of 2010.”

And that new iPhone news… well “SaskTel is currently working with cellular device vendors and partners, both current and new, to offer our customers a wide variety of devices to meet our customers’ individual needs, including the iPhone. The comments made by the SaskTel President and CEO in a news article on April 15, 2010 were not a confirmation of a release of a new version of the iPhone.”