Rogers to offer iPad price plans at the “end of May” 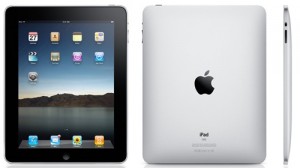 Even though we rarely cover anything other than mobile phones and smartphones, today Rogers has announced that they will be offering the iPad price plans at the end of May.

Keith McArthur, Senior Director of Social Media, stated on the company blog that “Rogers today announced that it will offer iPad price plans for all models from the end of May in Canada. The iPad lets users browse the web, read and send email, enjoy and share photos, watch HD videos, listen to music, play games, read ebooks and much more, all using iPad’s revolutionary Multi-Touch user interface.”

This comes off news today from an Apple press released that the iPad has sold over 500,000 units and has had a “surprisingly strong US demand, we have made the difficult decision to postpone the international launch of iPad by one month, until the end of May. We will announce international pricing and begin taking online pre-orders on Monday, May 10”