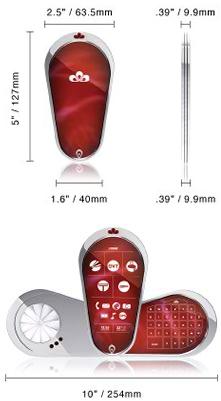 Looks like there’s one final push in Nova Scotia’s “Come To Life” campaign – this is the ad initiative that created the popular “Pomegranate Phone”.

Stacey Jones-Oxner, communications advisor for the Nova Scotia initiative said “The goal for the campaign is to grab people’s attention and show them something they wouldn’t necessarily expect of Nova Scotia. It was designed to get people talking about the province as a creative, innovative place – the perfect place to invest, work, live and do business. Since there is so much buzz about the newest smart phones, we thought this was a good device to use. This is especially true when you consider that the people who are interested in the latest technology are exactly the people we’re trying to reach.”

Good on you Nova Scotia… – but was the $300,000 ad budget worth the 560,000 website visitors? No word on how many tourists came to Nova Scotia from the Pomegranate idea… Isn’t this the real question that should be asked?