Apparently tablets are not dead after all as there seems to be a new Samsung Galaxy Tab on the way.

The Tab S4 just passed through the Wi-Fi Alliance’s certification process under the name SM-T835 with Android 8.0 Oreo. According to Android Police, this is likely the LTE version as the Wi-Fi only variant will have the model number SM T830. 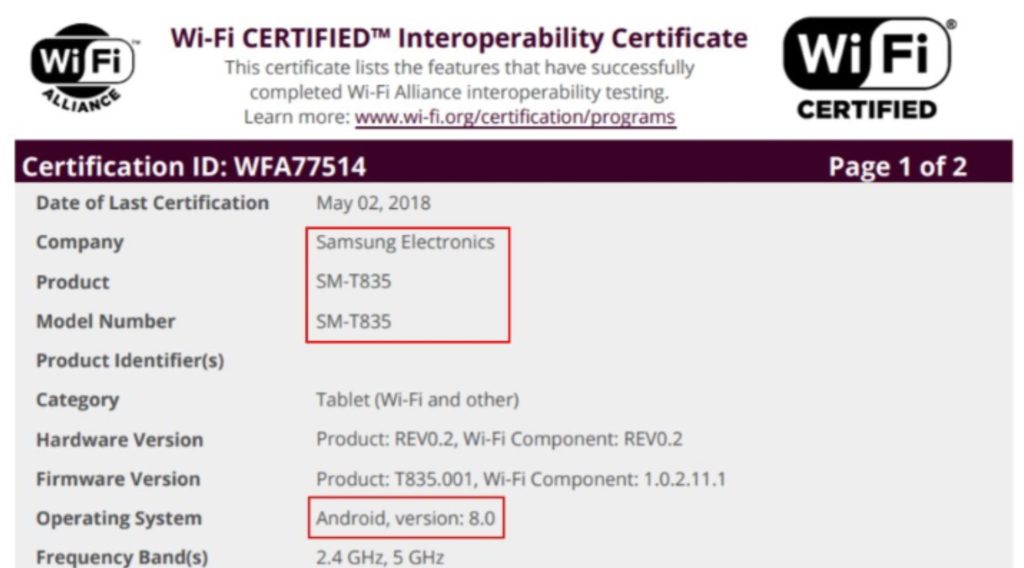 SamMobile also received word, the website doesn’t say from where, that firmware development has started for the Wi-Fi and LTE models of the Tab S4. The tablets are being tested under version numbers T830XXU0ARDA and T835XXU0ARDA, said the publication.

Further benchmark numbers for the device have also been previously revealed. The Tab S4 will host a 2560 x 1600 pixel resolution with a 10.5-inch display. Further, it’ll have a Snapdragon 835 processor, and be marketed as 4GB of RAM and 64GB of onboard storage. The benchmark listing was discovered SamMobile.