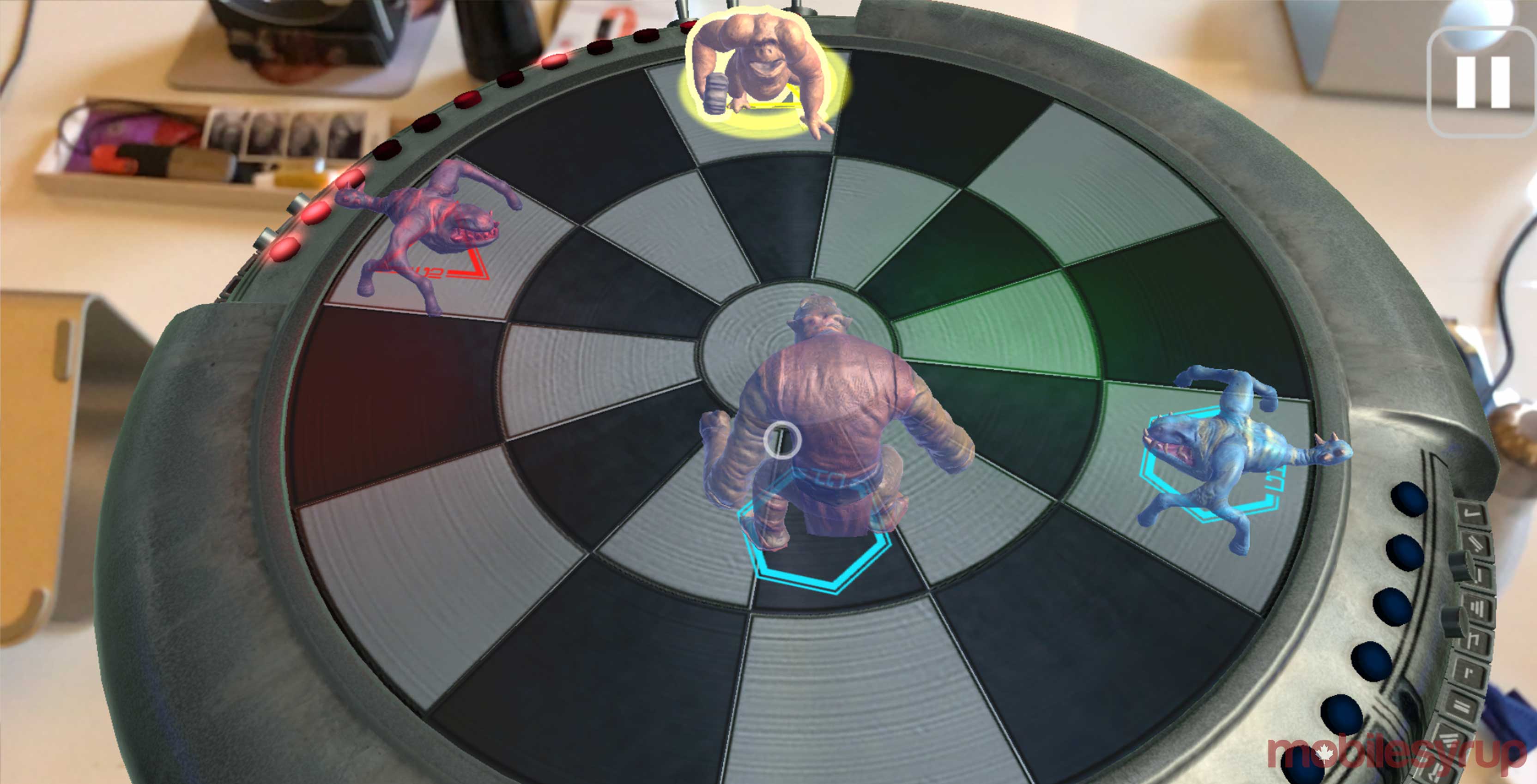 Disney and Lenovo have been working together on an augmented reality (AR) Star Wars app that lets users play games set in a galaxy far, far away.

Now the game has added the ability to play HoloChess in AR using their iPhone.

Jedi Challenges utilizes ARKit, Apple’s design framework for using AR. The game anchors a game board on to a real-world flat surface, allowing the user to view it from different angles.

Playing HoloChess is fun but I wish the game supported two real players.

The Jedi Challenges app is available on both iOS and Android but to play HoloChess, Android users will need to purchase the Lightsaber controller and the Mirage headset, which is for sale on Lenovo’s website for $290 CAD.

The iOS version of the app can be downloaded here.