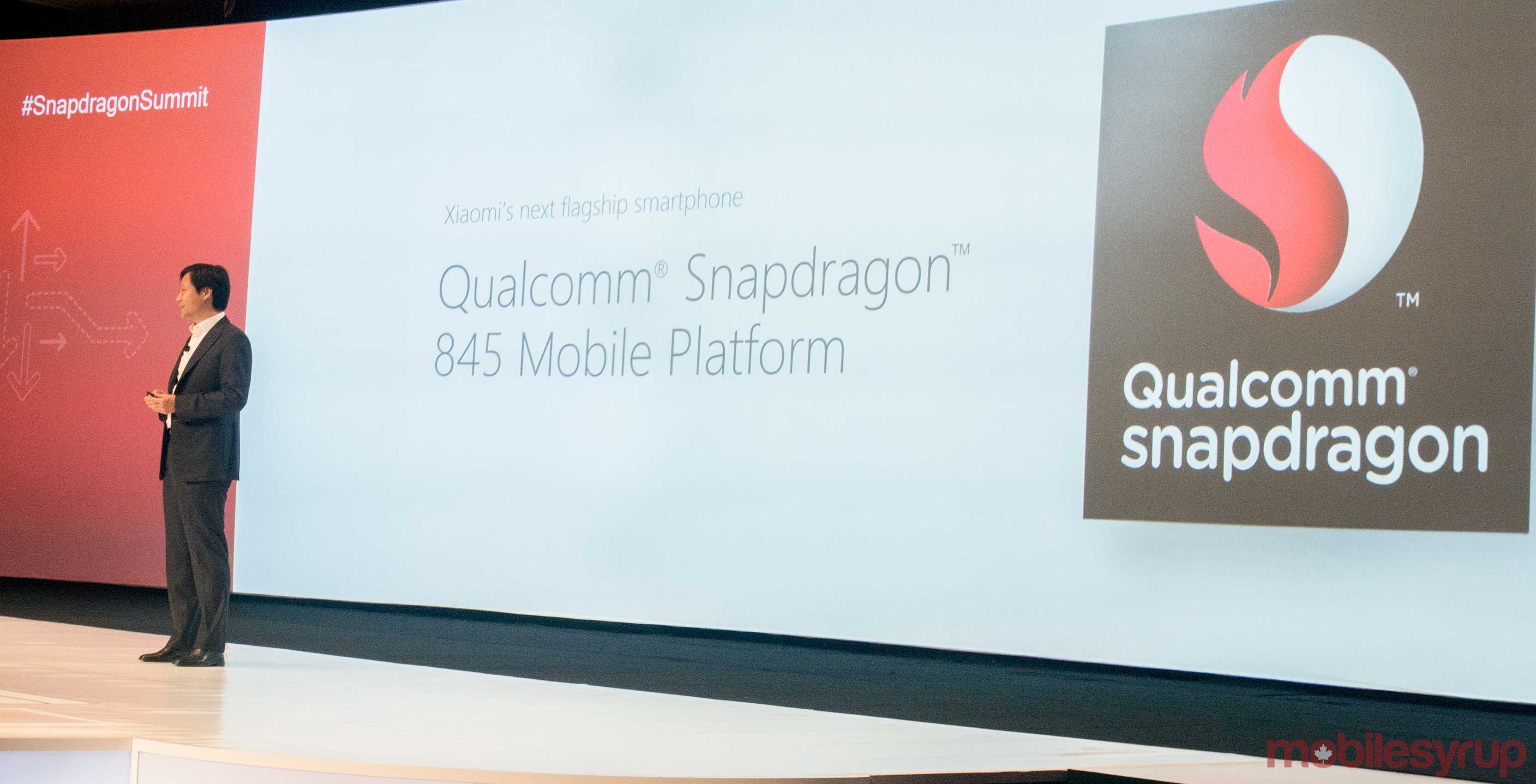 Chinese device manufacturer Xiaomi has announced that its next flagship device will feature the Qualcomm Snapdragon 845 processor.

Xiaomi’s CEO, Lei Jun, took to the stage at Qualcomm’s annual Snapdragon Tech Summit, to announce that the company’s next flagship, which is currently in development, will feature the 845.

The Snapdragon 845 is the successor to Snapdragon’s 835 processor that was used in almost every single premium-tier Android flagship device announced and released in 2017.

More details about the 845 will be revealed over the next few days at Qualcomm’s Snapdragon Tech Summit in Hawaii.