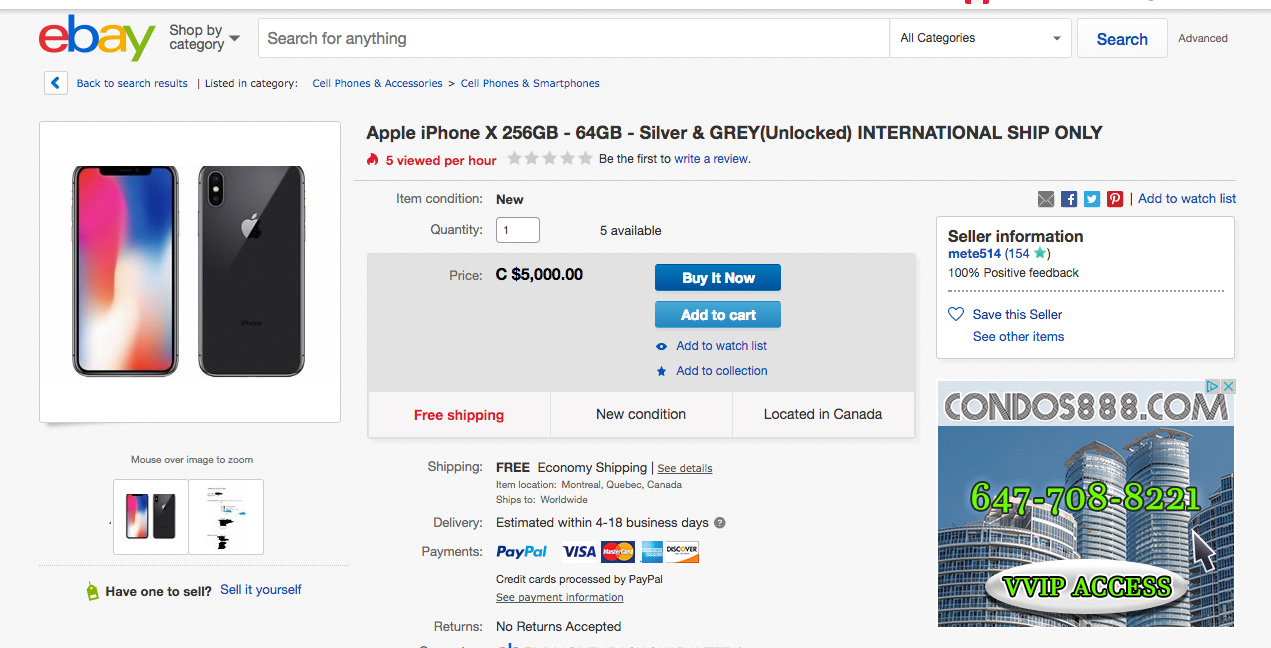 If you think that’s bad, in other areas of the world, there are listings for the iPhone X going all the way up to $60,000 USD for the 256GB version, which is an even more insane amount of money than the Canadian listing.

While stock is expected to be in short supply for the iPhone X due to manufacturing shortage issues related to the device’s display and Face ID module, pre-orders were only pushed back five to six weeks in some cases.