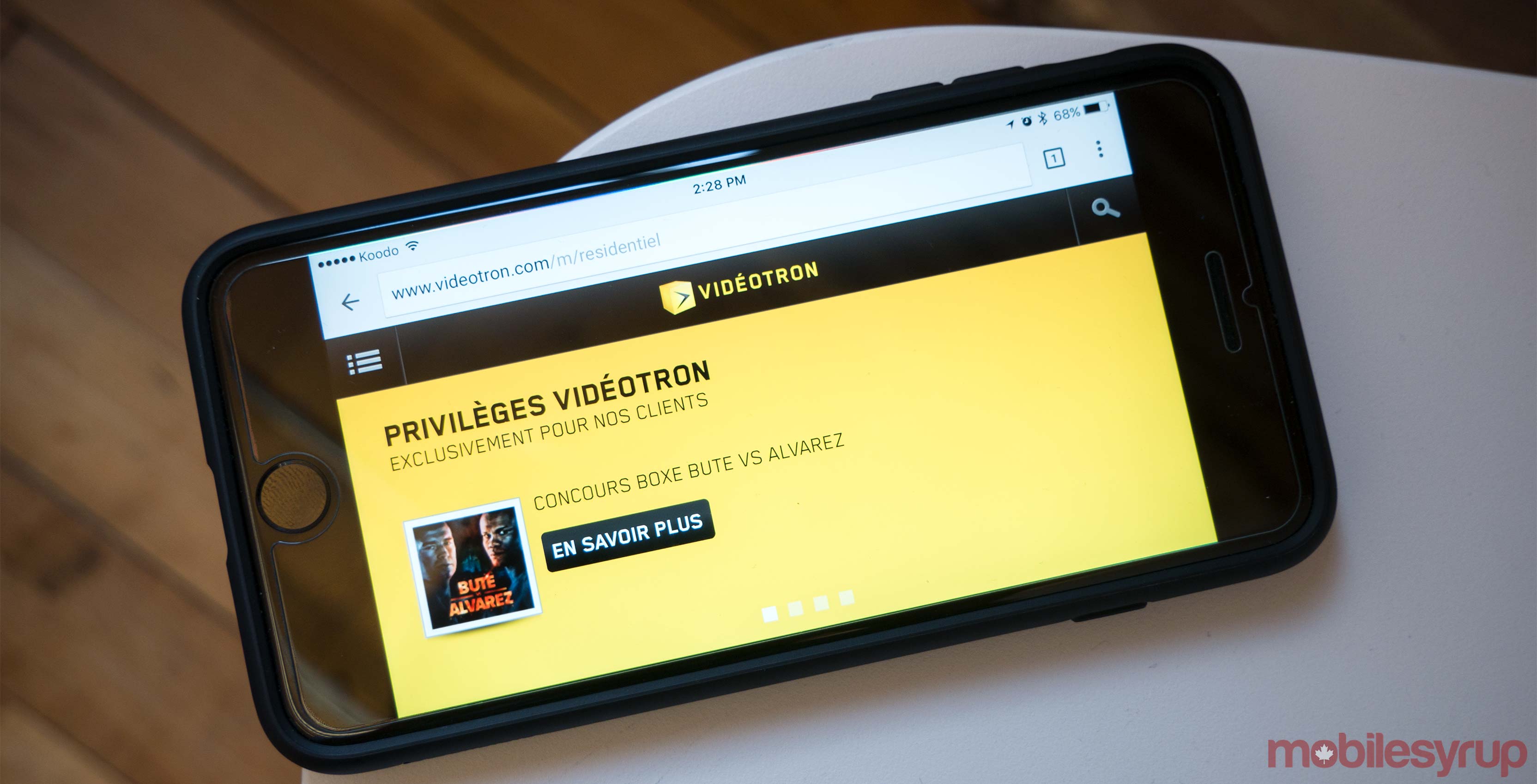 Quebec-based regional wireless carrier Videotron is offering a limited-time ‘double data’ promotion to its residential customers on all plans above 3GB.

This means residential customers who activate a new line can get a 6GB monthly plan with unlimited Canada-wide minutes and unlimited international text messaging for $64.95 CAD on a two-year contract (which usually offers 3GB of data). Without the promo, a 3GB data add-on costs $21.

The plan also includes the carrier’s popular unlimited music streaming feature — available for platforms including Apple Music and Spotify — and its ‘Daily Traveller Pass’ for roaming.

The promo can be stacked with a 10 percent student discount for two-year agreements.

Additionally, a MobileSyrup reader has pointed out that Bell and Rogers are responding with limited-time promotional plans with higher data in Quebec. Both Rogers and Bell are offering 7GB of data for $62 with a BYOD activation or $77 with a premium smartphone on a two-year contract. Rogers is also offering a 2GB plan for $60 on a BYOD line and 16GB for $95 on a BYOD line.

Update March 3rd — Telus has joined in by offering a 10GB unlimited nationwide calling plan for $70 in Quebec.