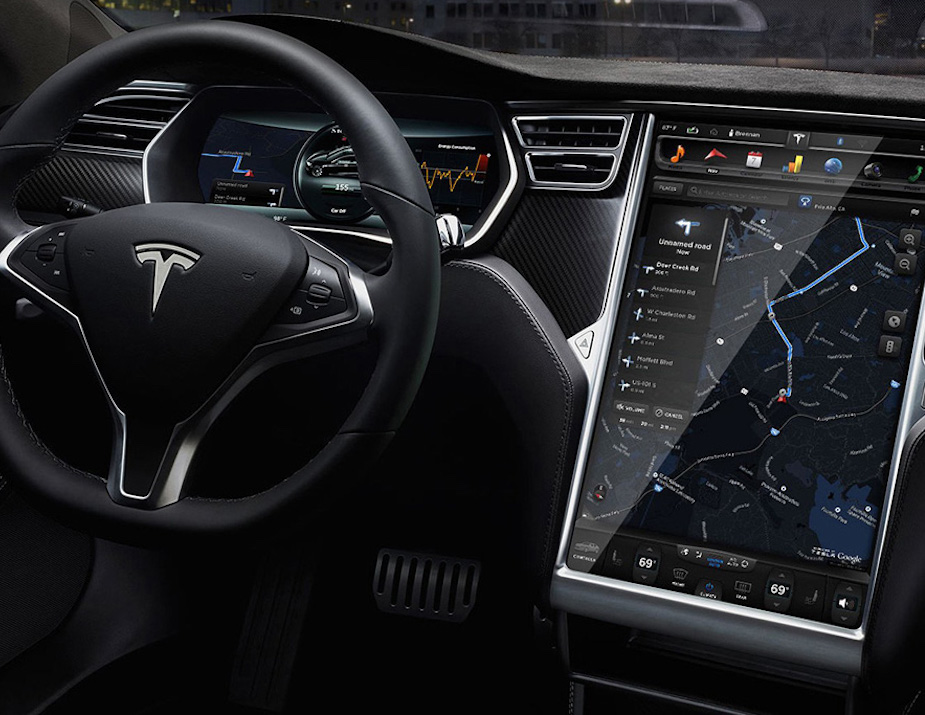 Tesla announced today that all of the cars it is currently producing — including the Model 3 — will be capable of self-driving “at a safety level substantially greater than that of a human driver.”

The cars in production are decked out with eight surround cameras that provide 360-degree visibility around the car at up to 250 meters of range and a forward-facing radar that can see through rain, dust and even the car ahead. The cars also feature 12 updated ultrasonic sensors. According to Tesla, the updated sensors allow for detection of objects at nearly twice the distance of its prior system.

But while the hardware might be capable, the software is not quite there yet.

Before activating the self-driving features, the company states that it has to calibrate the system using millions of miles of real-world driving. While that’s occurring, the new cars will temporarily go without certain first-generation Autopilot features, like automatic emergency breaking, collision warning, lane holding and active cruise control.

As the features are validated, they will be added through OTA updates for the new vehicles, which should come through in December 2016, according to Tesla’s website.

On a conference call with press, Tesla founder Elon Musk promised an LA to New York demonstration drive of one of the new fully autonomous vehicles by the end of 2017.

In response to media that questioned the safety of such a feature, likely due to a high-profile accident that made recent news, Musk stated that publications put too much emphasis on such incidents without putting them in proper context, according to The Verge.

Musk argued that overall autonomous driving was much safer than human driving, following up with a pointed, “Next question.”