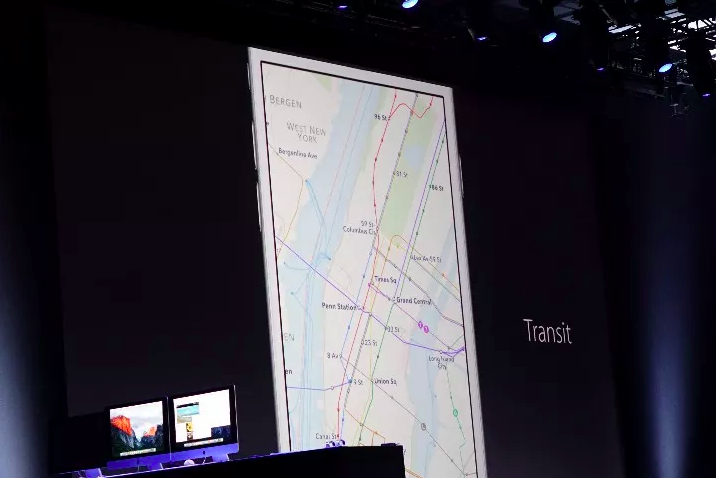 During its Worldwide Developer Conference, Apple unveiled new features in iOS 9 that bring improvements to the company’s Maps app. Apple noted that it continues to invest heavily in making Maps useful and is now seeing five billion users requests per week, which is apparently “3.5x more than the next leading map app” on the platform.

The main attraction to the new Maps is that it now includes built-in transit information, including information on buses, subways, trains, and step by step walking directions with estimated walking times.

This new features will be coming to more than 300 cities around the world. However, the only Canadian city that will be part of the initial launch is Toronto.