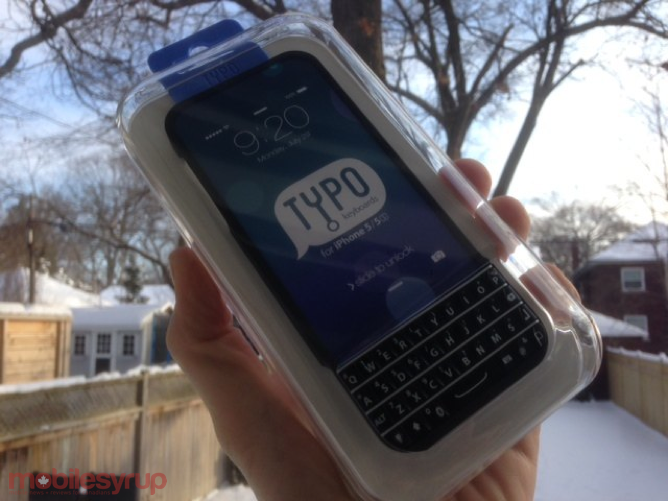 BlackBerry announced this morning that it has settled all outstanding legal disputes and reached an agreement with the Ryan Seacrest-back Typo, According to the release, Typo will halt all sales of its keyboards and will “permanently discontinue selling anywhere in the world keyboards for smartphones and mobile devices with a screen size of less than 7.9 inches.”

This move basically eliminates Typo from producing any smartphone cases, but still gives them the option to possibly enter the tablet case market. The terms of the settlement were not disclosed and there was no indication if Typo has paid BlackBerry additional funds for infringing on its patents.

If you recall, Typo is the startup that was founded by Ryan Seacrest and Laurence Hallier. They developed a fretted keyboard case that allowed iPhone users to easily type with a QWERTY keyboard. Apparently the design included “years of development” and came out looking identical to the Q10, which BlackBerry claimed was a “significant market differentiator for its mobile handheld devices.”