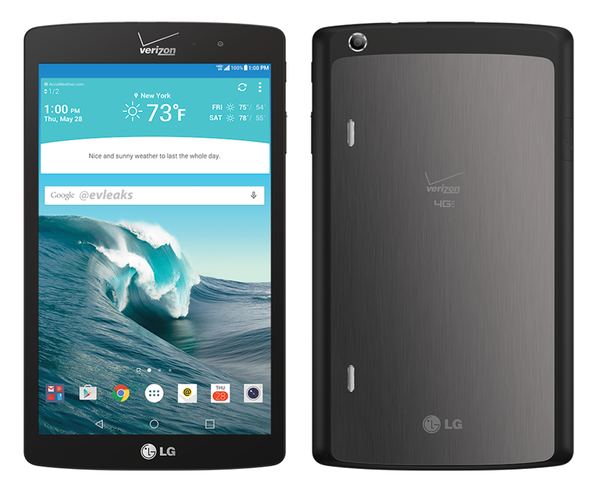 LG seems to be coming back to the tablet market with the G Pad X.

A rendering has appeared online, courtesy of device leaker @evleaks, showig a talbet running Android 5.0 Lollipop with LTE connectivity. The specs are unknown, but the LG G Pad X looks to have a display size between eight and 10 inches, both a front-facing camera and rear camera, and a metal back cover.

Branding on the G Pad X indicates Verizon is on board for an imminent release. Unfortunately, there is no indication of when this tablet will officially be announced or if it’ll make it to Canada.