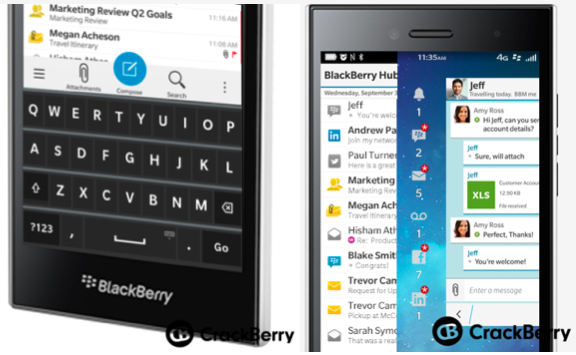 BlackBerry is preparing to stun the world at Mobile World Congress next week and will unveil its IoT (Internet of Things) strategy and “a new BlackBerry device concept.”

It also seems that BlackBerry could announce a new entry-level touchscreen device at MWC. New details have emerged, courtesy of CrackBerry, that hint BlackBerry might shed the internal code name of Rio and opt for the market name of “BlackBerry Leap.”

This touchscreen will reportedly be similar in design and specs to the BlackBerry Z3. Previous reports indicated the LTE-enabled Rio/Leap will feature a 5-inch display (1280 x 720), a 1.5GHz dual-core processor, 2GB RAM, 8MP camera with a 2MP front-facing camera and be 9.5 mm thick.