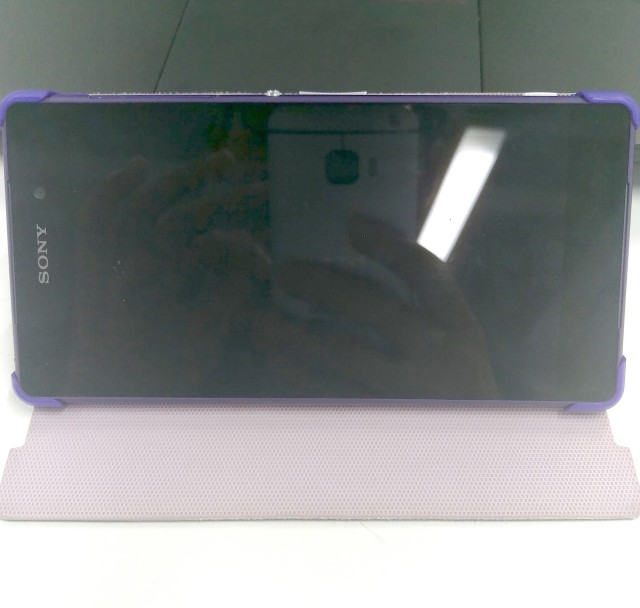 Earlier this week, photos purporting to show HTC’s new 2015 flagship hit the web. What they told us was that the phone looked almost identical to the the HTC One M8. There was even speculation that HTC was trying to put one over on us using dummy casing and that the final product wouldn’t actually look like the device we’d been seeing in photos.

With that in mind, Friday afternoon brings another shot of the phone, and this one is quite different to those that we’ve seen before. For one, it’s actually a photo of a reflection of the phone and not the phone itself. For another, it looks unlike the device we’ve seen in other photos up until this point.

Though there are some similarities (like the shape of the camera in the back), it doesn’t look quite as much like the One M8 (though it’s colouring does look similar to that of the silver HTC One M7). It’s hard to tell if the little blob in the top right is part of the camera set up or just a blemish in the photo.

Phandroid reports that this photo was captured by the same HTC employee responsible for capturing test shots using the new phone’s camera. The device model numbers attached to these photos proves they were all taken with the same device.

What the photos don’t tell us is if the power button is indeed moving to the right side (from the top of the device) and if HTC is ditching the UltraPixel camera that debuted in the One M7.