HTC’s RE Camera to arrive mid-November 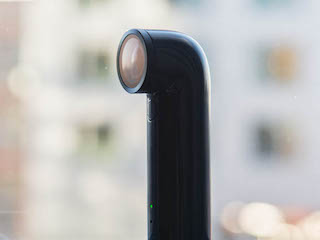 Announced last month, the RE Camera represents something totally new for HTC. The company is hoping consumers will latch onto its fixed-focus camera and “live in the moment” sans viewfinder. We already know HTC plans to sell the device for around $199 and that the RE Camera will be available in time for the holiday shopping season, in mid- to late-November, but it looks like we might now have a more specific release date in sight.

Android and Me reports that the release date is sooner rather than later in November. According to the site, some users who pre-ordered the orange version are getting word that their device is delayed. However, they’re being offered the chance to switch to the white version, which will be delivered “around November 15th.”

Once the RE Camera is widely available, customers will have a choice of white, blue, teal and orange. Canadian distribution and pricing hasn’t been confirmed but based on HTC’s plans to heavily promote the RE Camera inside big-box stores, we’re expecting to see it at Best Buy and Future Shop as well as carriers.

The RE Camera pairs via Bluetooth and transfers data using WiFi Direct. It’s compatible with Android or iOS through a free companion application, and features a 16MP 1/2.3″ sensor and f/2.8 lens. It’s capable of shooting video in 1080p as well as time-lapse clips. The device comes with an 8GB microSD card but can support up to 128GB.