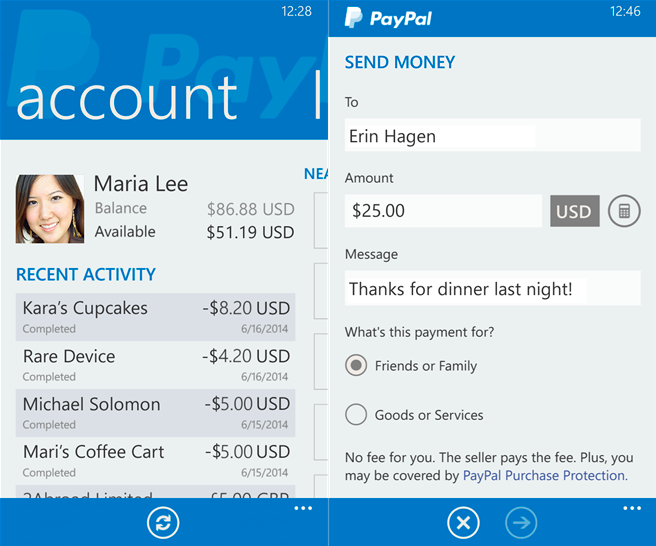 PayPal for Windows Phone is finally catching up to PayPal for iOS and PayPal for Android. The online payments company this week announced a massive update to the PayPal app that aims to bring its feature set inline with the features available to iPhone and Android users.

Version 4.0.1.0 was released August 14 and allows users to send and request money, check their balance and view past transactions, withdraw funds, and the ability to find local merchants using PayPal Here. According to PayPal’s official blog, Windows Phone users now have in-store payments, order ahead, the ability to locate and redeem offers, and check-in to pay.

This new revamped app has been a long time coming and PayPal is promising a ‘seamless experience’ but it looks like some users are having issues with the app already. Numerous people in the app reviews section are complaining that they haven’t been able to log in since the release of the app, while others still say the app feels incomplete or that the new features aren’t working the way they should be.