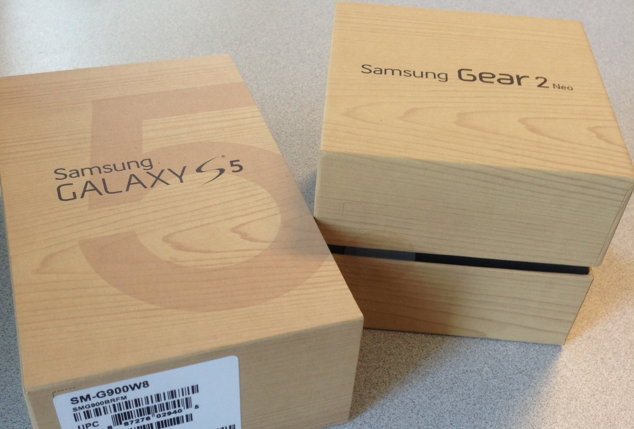 Update: This contest is now over and long time reader Vishal Budhwa has taken home the GS5 and Gear Neo 2. No worries if this is not you as we’re going to be launching a slew of contests over the next few weeks.

Fancy yourself a new smartphone and smartwatch? Here’s something for you! Up for grabs in the first of many summer contests is a Rogers Samsung Galaxy S5 and a Samsung Gear 2 Neo!

Both devices were released earlier this year and the LTE-enabled GS5 runs KitKat, has a 5.1-inch Super AMOLED HD display (1920×1080, 432ppi), 2.5 Ghz quad-core processor, 2GB RAM, built-in heart rate monitor, 16MP camera with a 2MP front-facing camera, 2800 mAh battery and are both water and resistant. The Gear 2 Neo, which is exclusive to Rogers, is one of the latest smartwatches to arrive in Samsung’s lineup.

The contest is on until August 4th and we’ll select a winner shortly after.
Good luck to all who enter!