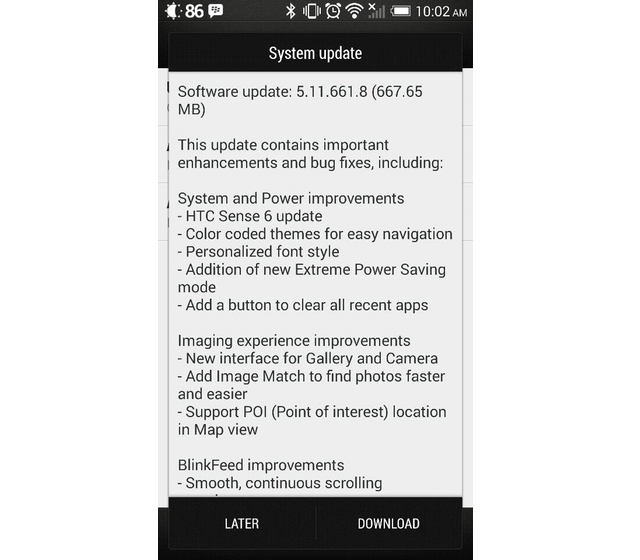 The company already rolled out the latest version of Android running Sense 5.5 back in January and, once again ahead of schedule, announced last week Sense 6.0 would bring further improvements.

Specifically, a new camera interface offers more intuitive photo-taking and an improved gallery design. Though the M7 lacks the second camera sensor for features like UFocus, there are a number of new editing features in Sense 6.0 along with Image Match to find alike photos quickly.

Sense 6.0 also adds Extreme Power Saving mode for those times where receiving a call or text is more important than playing a game. Other interface improvements include better font rendering and more type options, colour-coded themes that change accent colours throughout the OS, and a Clear All button in recent apps.

Users should receive a notification for the update, but Rogers, Bell and TELUS users can check Settings/About/Software Update for manual triggering.

(Thanks to Artemis and everyone else who sent this in!)