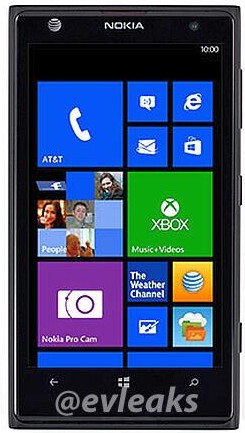 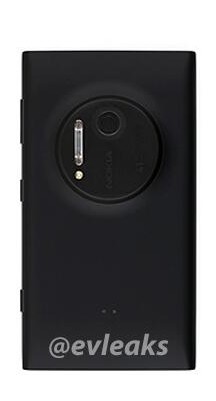 It’s practically a certainty that Nokia will announce a Lumia device next week with a 41MP camera sensor. The Lumia EOS as has been dubbed will likely, according to evleaks, come to market as the Lumia 1020, a natural extension of the popular Lumia 920 launched last November.

There won’t be too many differences between the two devices, at least from the front. Nokia is expected to maintain the same 4.5-inch LCD display with a 1280×768 pixel resolution, a 1.5Ghz dual-core Snapdragon S4 chip, 1GB RAM, 32GB internal storage and all the requisite sensors.

But as you can see from the back, the important change takes up most of the device’s rear. The 41MP camera sensor, larger Carl Zeiss lens and Xenon flash slit (with an added LED focus assist light) make for one of the most intimidating (and mouthwatering) additions to a smartphone we’ve seen in recent memory. Despite Windows Phone’s beleaguered state, battling for third place in the highly-competitive smartphone market, the Lumia 1020 looks to be a fantastic smartphone.

Nokia will be including an app to go along with the 41MP camera, appropriately called Nokia Pro Cam. It’s likely the company will allow users to launch this app by default, and we wouldn’t be surprised to see more granular settings like ISO, white balance, brightness and the like available to tinker with.

These particular renders show off the AT&T model, but you can rest assured that one or more Canadian carriers will be picking up this bad boy.

There are only a few short days between now and the official announcement on July 11th, which will be livestreamed starting at 11am. We’ll bring you all the updates from New York, so stay tuned.