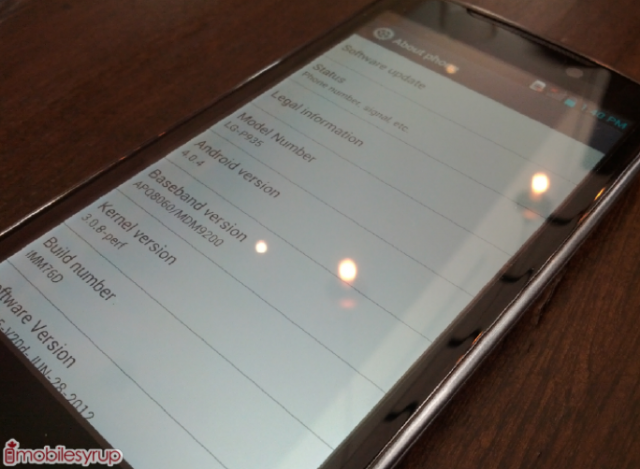 The LG Optimus LTE was one of the first LTE-enabled devices to hit both Bell and TELUS’ lineup. This launched with OS 2.3 Gingerbread and is patiently waiting for the OS 4.0 Ice Cream Sandwich upgrade. According to TELUS’s website they note we can expect this around August 7th, plus Bell says it should arrive sometime in August.

LG recently announced that they have sold over 4 million Optimus LTE devices, but no specific numbers on Canadian sales. If you picked up this device on either Bell or TELUS you can certainly count on the official upgrade just being around the corner. We’ve been sent an image of the TELUS version of the Optimus LTE (LG-P935) rocking OS 4.0.4. Bell’s model number for the Optimus LTE is LG-P930.

Looks like everything is on track… just a couple more weeks until the official update is pushed through.