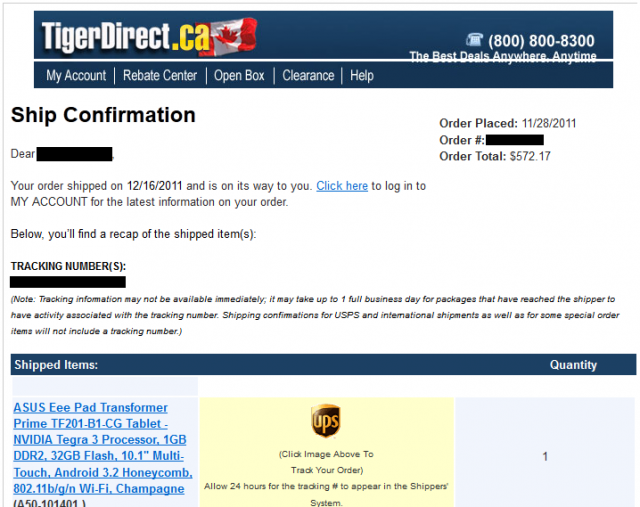 You can take this for what it is… and it looks like those who pre-ordered the ASUS Transformer Prime tablet from TigerDirect Canada are the lucky ones! We’ve received a few tips of According to this doc it shows the Android 3.2 Honeycomb Prime is en route to Canada from the United States and should arrive “by end of day” on December 21st.

The release of this tablet has been a bit frustrating/confusing as many retailers confirming its delay. Last week NCIX, Best Buy Canada and Future Shop all noted that “We’ve recently been informed by Asus that there is an unexpected delay in receiving the items, and as a result, we are unable to ship the tablet on the date originally planned.”

We’ll have more info soon, but Wednesday is looking good for some Canadians.
(Thanks M!)