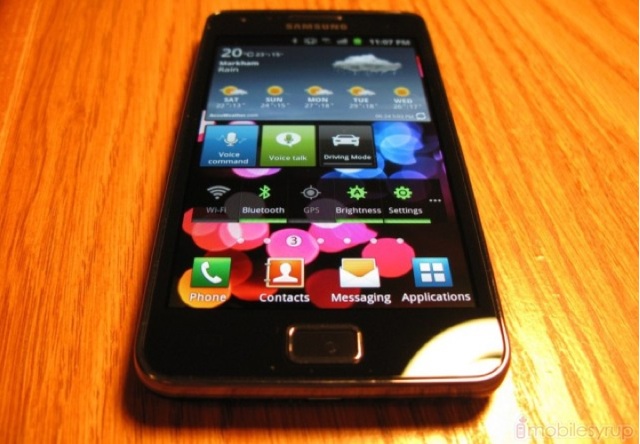 Remember a few weeks ago when the official notice dropped that Bell, Virgin and SaskTel would all be releasing the anticipated Samsung Galaxy S II 4G? Bell and Virgin priced this “Superphone” at $169.99 on a 3-year, but SaskTel declared a stunning difference in pricing. In their press release they noted that the “Samsung GALAXY S II is available at any SaskTel Store or SaskTel Authorized Dealer for $79.99 on a three year voice and data term”. Certainly a shocking price.

Over in Saskatchewan today the Galaxy S II officially launched. Some SaskTel stores and dealers have received their stock, but other locations will have to wait until early next week (best to call your local store and ask). Now about that 3-year contract price… it’s true! We’ve been informed the $79.99 price is a special promo until August 1st, afterwards it’s going to increase “to a new price to be determined”. Other price points are $249.99 on a 2-year, $449.99 on a 1-year and $619.99 outright.