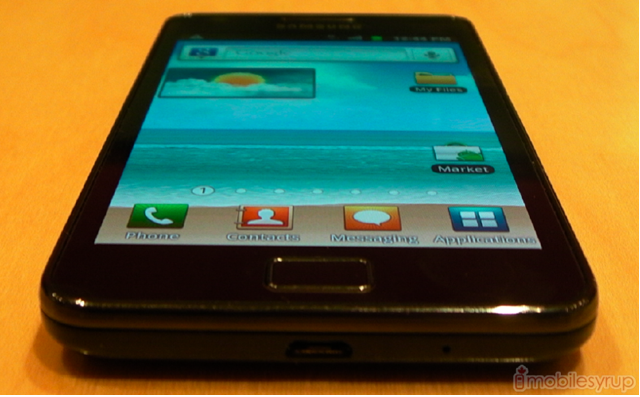 SaskTel already Tweeted that they will release the Samsung Galaxy S II. However, today they officially wrote it all down in a press release that it’ll be available “in the coming weeks”. The same formal info as Bell, but a couple differences. Missing from the SaskTel branding of this Android 2.3 device is the “4G” status (Bell will call it the Samsung Galaxy S II 4G). Next, Bell didn’t give any pricing but SaskTel did! No word on the no-contract price but the “Samsung GALAXY S II is available at any SaskTel Store or SaskTel Authorized Dealer for $79.99 on a three year voice and data term”. Perhaps this is what we’ll see Bell come in at too.