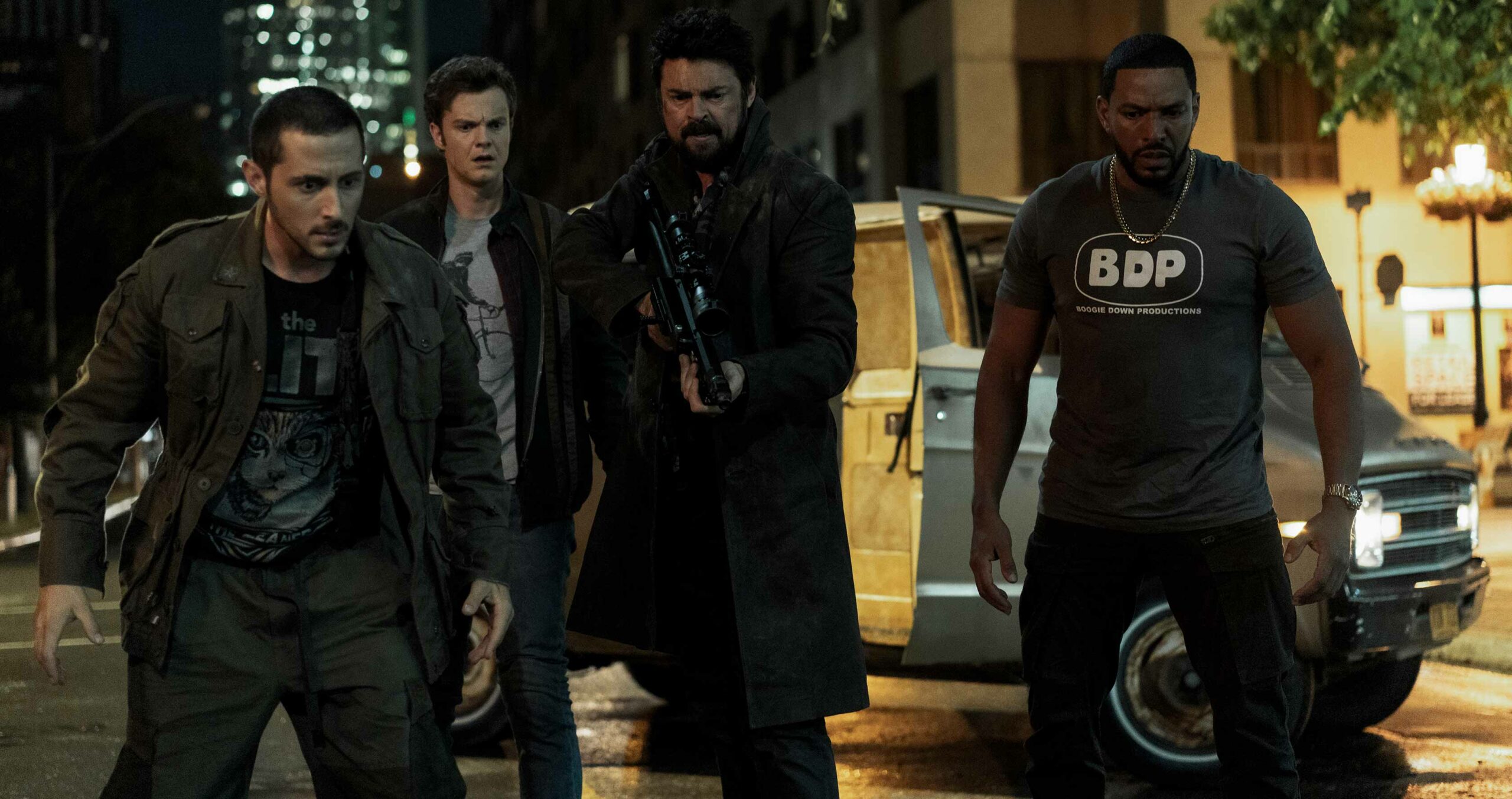 Now on the run from the law, The Boys continue to try to take down Homelander and The Seven, which now has a new member harbouring a dark secret.

It’s worth noting that the series is filmed in Toronto, while Vancouver’s own Seth Rogen and Evan Goldberg (Superbad) serve as executive producers.

It’s also worth noting that an Aisha Tyler-hosted companion talk show series featuring Kripke and the cast will air after every new episode to discuss what happened. You can watch Prime Rewind: Inside the Boys here.

Buffy follows a young woman who’s chosen by fate to fight against vampires, demons and other supernatural beasts.

Buffy the Vampire Slayer was created by Joss Whedon (The Avengers) and stars Sarah Michelle Gellar (I Know What You Did Last Summer), Nicholas Brendon (Criminal Minds), Alyson Hannigan (How I Met Your Mother), Charisma Carpenter (Veronica Mars) and Anthony Head (Merlin).

Stream all seven seasons of Buffy the Vampire Slayer here.

The full list of movies and shows that hit Amazon Prime Video Canada in August can be found here. September’s content lineup, meanwhile, is available here.

Shortly after the events of Power, Tariq has killed his father and his mother Tasha is facing charges for the murder.

After Earth is torn apart by religious differences, two androids are sent to Kepler-22b to raise a new generation of humans, only to discover just how difficult it is to control their beliefs.

It’s worth noting that Oscar-nominated director Ridley Scott (Gladiator) helmed the first two episodes of Raised by Wolves (in his TV directorial debut). He also produces the series.

Raised by Wolves is one of several HBO Max Originals that is streaming exclusively on Crave in Canada through Bell’s partnership with Warner Media.

An alcoholic construction worker goes back to his old high school to coach a basketball team.

Stream The Way Back here. Note that a Crave + Movies + HBO subscription is required.

Season 4 follows Wynonna as she faces off against her deadliest enemy yet without her trusty gun Peacemaker.

It’s worth noting that the series is filmed in Calgary. Season 4’s remaining six episodes will drop sometime in 2021.

Chadwick Boseman: A Tribute for a King

Following its August 30th premiere on ABC, “Chadwick Boseman: A Tribute for a King” is now streaming on Disney+ Canada.

Outside of Black Panther, the special also profiles Boseman’s other roles, including Jackie Robinson in 42 and James Brown in Get on Up, as well as his charity work with cancer patients.

Stream “Chadwick Boseman: A Tribute for a King” from the Black Panther page on Disney+ under the ‘Extras’ tab.

Like the original film, the new Mulan follows a young woman who disguises herself as a man to take her ailing father’s place in the army amid a war with invading forces.

It’s important to note that the method of release for Mulan is different from regular Disney+ content. That’s because the film is available exclusively through an offer called ‘Premier Access,’ which requires you to pay $34.99 CAD on top of your Disney+ subscription. That said, Mulan (2020) will become available for all Disney+ subscribers starting December 4th, 2020, so there’s always the option of waiting three months.

The full list of movies and shows that hit Disney+ Canada in August can be found here. September’s content lineup, meanwhile, is available here.

An astronaut embarks on a perilous mission to Mars, leaving behind her husband and teenage daughter.

It’s worth noting that the series was filmed in North Vancouver.

Some of the celebrities include actress Lupita Nyong’o (12 Years a Slave), ballet dancer Misty Copeland and rapper-actor Common (Selma).

An attorney becomes smitten after he takes on a client looking to sue a dating site that guarantees its users will find love.

It’s worth noting that the movie was filmed in Vancouver.

A woman brings her boyfriend to meet her parents on a remote farm, only to discover nothing is what it seems to be.

The Witcher: A Look Inside the Episodes [Netflix Original]

Go behind all 8 chapters of @WitcherNetflix. The Witcher: A Look Inside The Episodes is now streaming on Netflix. Episode 1 – The End’s Beginning pic.twitter.com/6CRSc0N9uk

While production on the second season of The Witcher is once again underway following COVID-19 related shutdowns, Netflix is offering an inside look at the first season.

The Witcher: A Look Inside the Episodes follows series creator Lauren S. Hissrich as she guides your through each of the first season’s eight episodes.

Stream The Witcher: A Look Inside the Episodes here.

The full list of movies and shows that hit Netflix Canada in August month can be found here. September’s content lineup, meanwhile, is available here.

What are you planning on streaming this week? Let us know in the comments and have a good Labour Day weekend!